Over the last few years, the word socialism has become more and more common. Usually, it’s used in an extremely negative way and in almost all situations the politician or commentator uttering the word either has no idea what it means or is being intentionally misleading. We publish the following to set the record straight.

Myth #1: Socialists want to take away your property

This myth confuses private property with personal property. When socialists talk about the abolition of private property, they are referring to the socialization of the means of production—the resources and equipment that create wealth. Working people do not own this type of property—which is why we have to work to survive.

Right now, the wealth of the 1,000 billionaires is equal to that of the 3.5 billion poorest people on the planet. In order to provide everyone with more, that wealth must be commonly owned, and not the property of those few capitalists.

Socialists have no interest in taking away one’s home, car or individual items intended for personal use. In reality, as the foreclosure crisis has shown, under capitalism the banks own most of this property as well—and will take it away as they please.

Myth #2: Socialists are against democracy and for a dictatorship

The two-party “democratic” system under capitalism is in fact a dictatorship of the rich. Under it, working people create all the wealth, but capitalists—who own the corporations and banks—have all the economic power and use it to control politics. That fact never changes, even if we have the right to vote. We get to vote on who will oppress us next, while all the important decisions are made in executive boardrooms.

Under socialism, society’s vast resources cannot be privately hoarded. They are used and distributed according to a plan that the working class and its organizations decide. Because wealth will not be concentrated in the hands of a tiny elite, it creates the basis for genuine democracy — real “rule of the people” — for the first time.

Historically, there have been various political forms to defend the rule of the working class. In U.S. schools, they teach us that the Soviet Union, China and Cuba are evil dictatorships because of their single-party systems. But we never learn that they developed such governments to prevent counter-revolutions that would have brought back the dictatorship of the rich.

Myth #3: Under socialism, there is no incentive to work

Socialism rewards hard work, while under capitalism the richest people are the ones who do no work at all. In a socialist society, the working class controls the means of production and the fruits of its own labor and therefore has a real stake in the realization of its full capacity to produce. The main incentive to work under capitalism is the threat of being fired and starvation.

Under socialism, a person is paid according to the work they do. Under capitalism, the least productive members of society—the bankers and CEOs—grow obscenely wealthy while working class people live paycheck to paycheck.

Myth #4: Socialism is against human nature

Human “nature” changes depending on the type of society you are living in. Marx explained that the ruling ideas and behaviors of a society are those of its ruling class. We are taught to believe that humans are naturally violent, exploitative and selfish because those are the principles on which our society is built. Looking through human history, including thousands of years of communal, class-less societies, we can see that another “nature” exists. Even in our present society, we can see in our daily lives tremendous examples of shared sacrifice and solidarity—even if those don’t make the evening news.

Socialists consider religion a private matter, and actively fight against discrimination on the basis of religion.

Marx never called for the banning of religion. He pointed out how historically religious institutions have discouraged people from fighting against oppression. They instruct poor and working people to wait instead for a better after-life.

There are many examples, however, of movements that have used religious ideology while struggling for a better world. While many socialists are atheists, the PSL whole-heartedly welcomes people of all faith backgrounds that want to fight to make that world a reality.

Myth #6: Socialists only care about class oppression—not other forms of oppression

PSL members are tireless fighters against all forms of oppression. We believe that racism, sexism, anti-immigrant bigotry, homophobia and all other kinds of discrimination divide poor and working people and must be fought if we ever want to move forward. We put ourselves in that revolutionary tradition of socialists who take up the banners of Black liberation, women’s liberation and LGBT liberation.

Socialism as a concept is not dependent on any single state. It will exist as long as the exploitative system of capitalism exists. It existed before the Soviet Union and therefore exists after it. It is a theory of how to organize society in a way that eliminates scarcity and puts the producers in control.

A few governments do exist that are trying to build socialism. Cuba, a country that had been impoverished by colonialism, is an example of what can be accomplished when the resources of society are used to meet the needs of the people, as opposed to enriching the capitalist class.

The Soviet Union was the first experiment of poor and working people taking power. Despite its own contradictions, it provided universal health care, free education, the right to a job, free childcare, as well as guaranteed maternity leave and vacation days for all workers. Since the Soviet Union’s overthrow, life expectancy and living conditions have plummeted in Russia.

The Soviet Union also developed a privileged, bureaucratic leadership that departed from revolutionary socialism. But it must be remembered that it inherited a legacy of underdevelopment. For its entire existence, the world’s most powerful countries worked to weaken and overthrow it.

Myth #8: Socialism has no historical roots in the United States

Socialists have been consistent and dedicated participants in all the major struggles the U.S. working class has engaged in. Some of the main socialist holidays—International Worker’s Day and International Women’s Day—began in the United States. The first unions were established by radicals who wanted to abolish capitalism. During the Great Depression, socialists were leaders in the labor movement and organized the unemployed. In the 1960s, leading figures of the struggles against racism, war and sexism recognized that only socialism could put a final end to these injustices. (Click here to read about socialists’ historic role in the U.S. labor movement.) 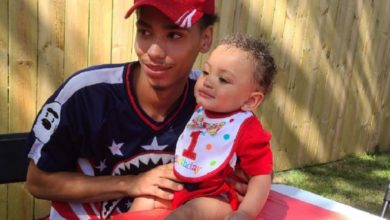 In the News: Police Murders are not a “Mistake” — They are Class War Against Black America