With the release of her book, Democratic party operative Donna Brazile has stirred up new talk of the shadiness that continually plagued the 2016 elections. But this time the revelations are not about the undemocratic nature of the electoral college, Brazile’s own dismissal from CNN over leaking debate questions to Hillary Clinton, or the absurd obsession with blaming Russia for the election’s outcome.

This time, it is about the money.

It is about the fact that the coffers of the Democratic National Committee were empty. The 2012 Obama campaign had left the party nearly $24 million dollars in debt. By the time the 2016 election cycle began, it was still in debt to the tune of $2 million. As a result, the DNC, the Hillary Victory Fund (the finance arm of her campaign) and Hillary for America signed an agreement to bring in much-desired funds.

The memorandum read in part: “HFA [Hillary for America] is prepared to raise and invest funds into the DNC via the Victory. In return for this financial support, HFA requires the appropriate influence over the financial, strategic, and operational use of these HFA-raised funds.” Brazile explained the impact of this saying: “Individuals who had maxed out their $2,700 contribution limit to the campaign could write an additional check for $353,400 to the Hillary Victory Fund — that figure represented $10,000 to each of the 32 states’ parties who were part of the Victory Fund agreement — $320,000 — and $33,400 to the DNC. The money would be deposited in the states first and transferred to the DNC shortly after that.” Massive amounts of money were brought in to the DNC as a result and the money was managed by those selected by the Clinton campaign.

Remember, this arrangement was made prior to the convention when ostensibly there were other candidates running to seek the party’s nomination, notably Bernie Sanders. The Sanders campaign actually revealed this arrangement in April 2016. The response from the mainstream liberal media was to accuse Sanders and his supporters of paranoia. Now Brazile’s tell-all memoir confirms the truth about the fundraising arrangements between the Clinton campaign and the party apparatus.

How do you imagine the party being capable of maintaining some sort of independence from the Hillary Clinton campaign under such an arrangement? This exposé (of what the Sanders movement has known all along) merely confirms that the primaries and nomination process were rigged to ensure that Clinton ended up the candidate of the Democratic Party.

Brazile states that this agreement made her uncomfortable, but she still acted repeatedly through the campaign to push Clinton to the forefront of the race just as she assuredly appreciated the money coming into the Democratic Party. Her actions now raise the question of whether she would have opted to speak up had Clinton been successful in winning the election.

In truth, scandals like this one are never discussed in the way they should be. It is being framed in terms of pinpointing the person who acted inappropriately and rectifying the situation so as to get the party as a whole back in good graces; to say that such actions were a mistake, not indicative of the party or the whole system. We are supposed to question how money is raised during elections but not wonder about the role of money itself in elections. While it is something to take notice of, the loopholes around how much money can be given to a campaign (Citizens United being an excellent example), the talk is never around eliminating the system of election contributions altogether.

This is something that is possible. It is the way that Cuba runs their elections. Nominations come from the community that the candidate is part of. Information about each person running is posted in common areas, such as grocery stores. A candidate must win at least 50 percent of the vote to be elected, and can be recalled by their constituency at any time if they fail to advocate and fulfill the needs of the community that voted them in. This is real representation and real democracy.

What we instead have in the United States is an electoral system where a near unofficial requirement for national office is to be a millionaire. Where corporations make massive campaign donations, followed up with massive amounts put into lobbying. Scandals like this latest one from Donna Brazile about the DNC and the Clinton campaign are all often in the news. But you have to ask: is this really the first time this has ever happened, or is it simply the first time someone openly talked about it?

It is imperative that we remind ourselves that we deserve better than this. We deserve a government and a system that prioritizes the needs of the people. A system where elected officials who receive high-quality healthcare should not able to vote to eliminate healthcare access for millions of other people. A system where money is used to strengthen social services rather than for military interventions. A society where overcoming institutionalized racism and sexism is more than just gaining access to lofty offices, but is seen through the improvement of the everyday lives of the people. We need a society where money does not mean you have a louder voice.

When we realize what we truly need to grow and prosper as a people and planet, we realize that capitalism is utterly incapable of providing for us. Because as long as those with money wield the power, attempts to reform away the scandals like we have seen will be like putting a band-aid on a rotting wound. It may put it out of sight for a short while, but will do nothing to take care of the root cause of the problem that is keeping us all down.

What we need is real change, beyond what any of them tell us is “feasible.” We need to get active, to end these manipulations and demand more than reforms.

It is our time to fight. 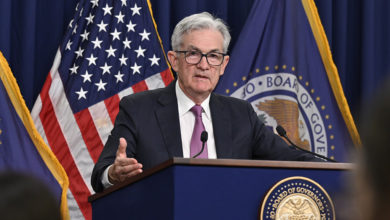