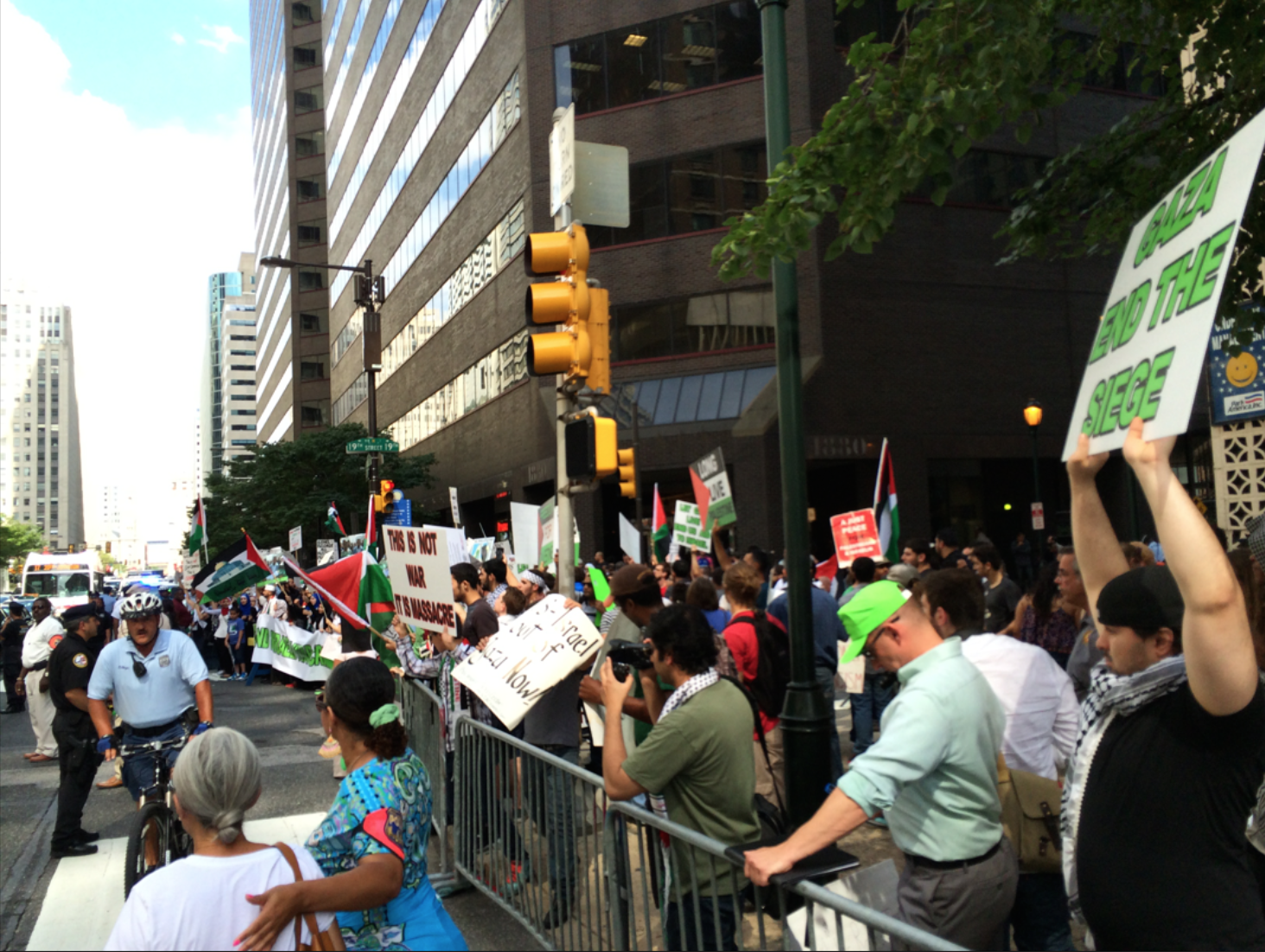 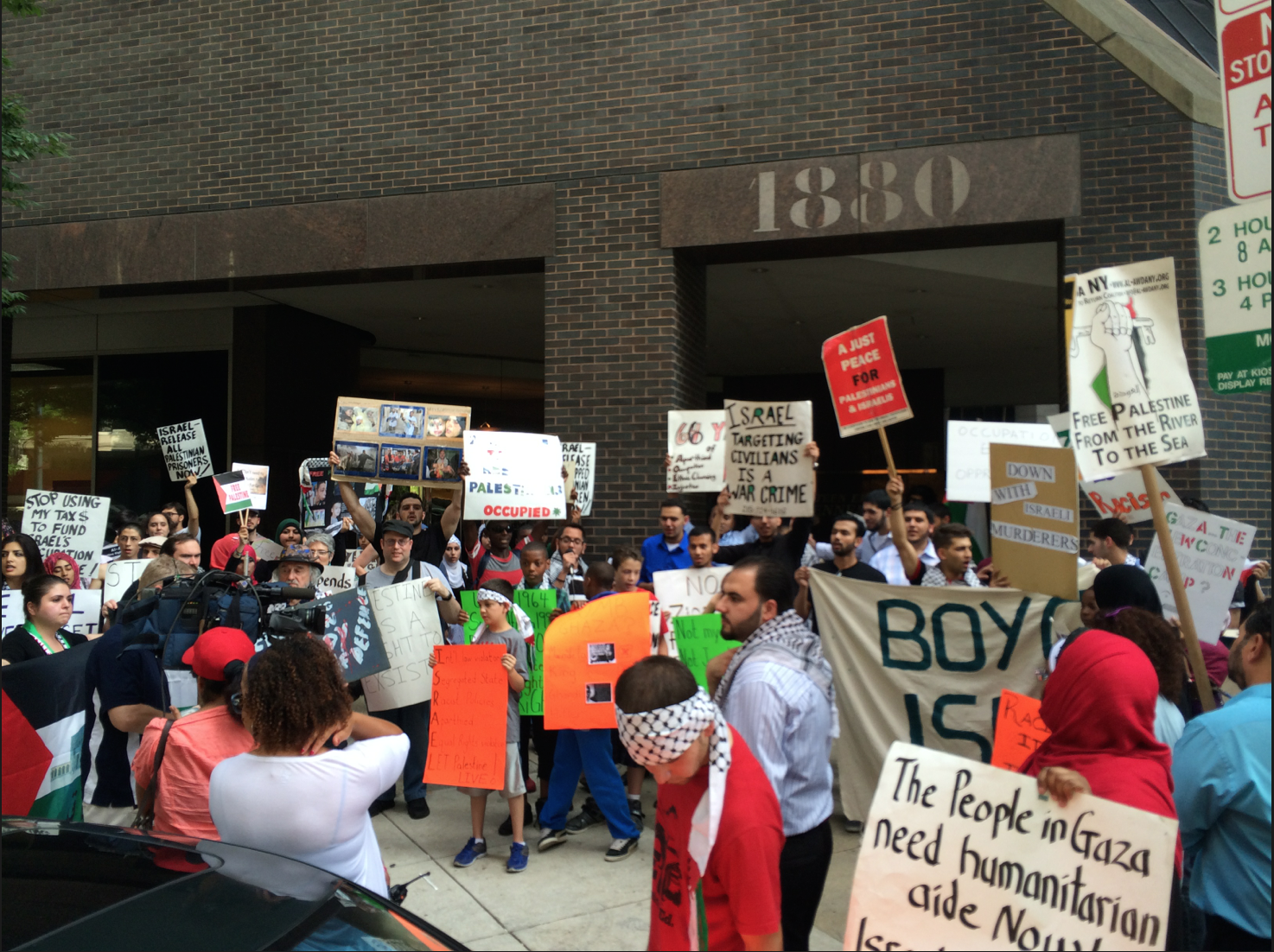 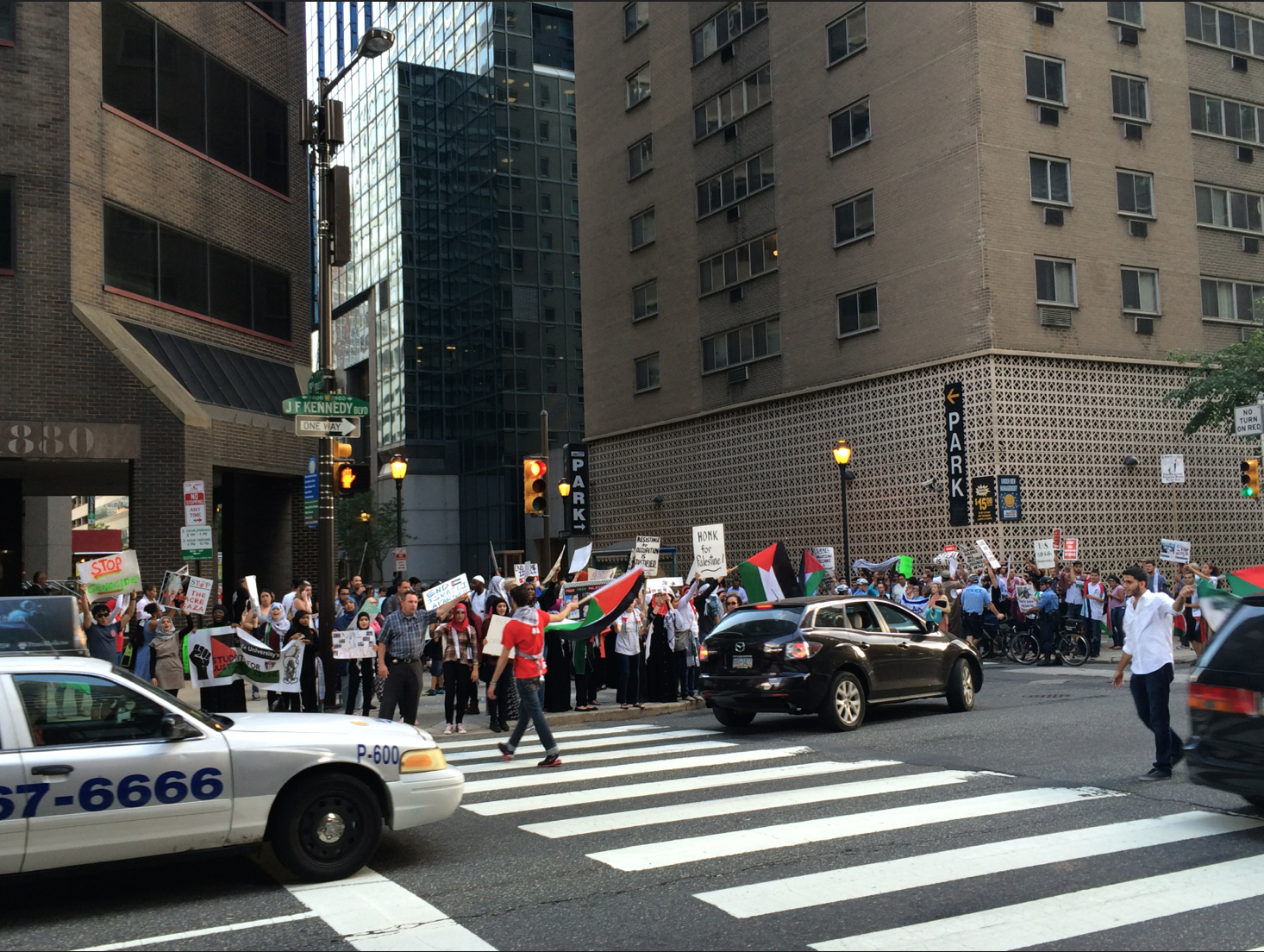 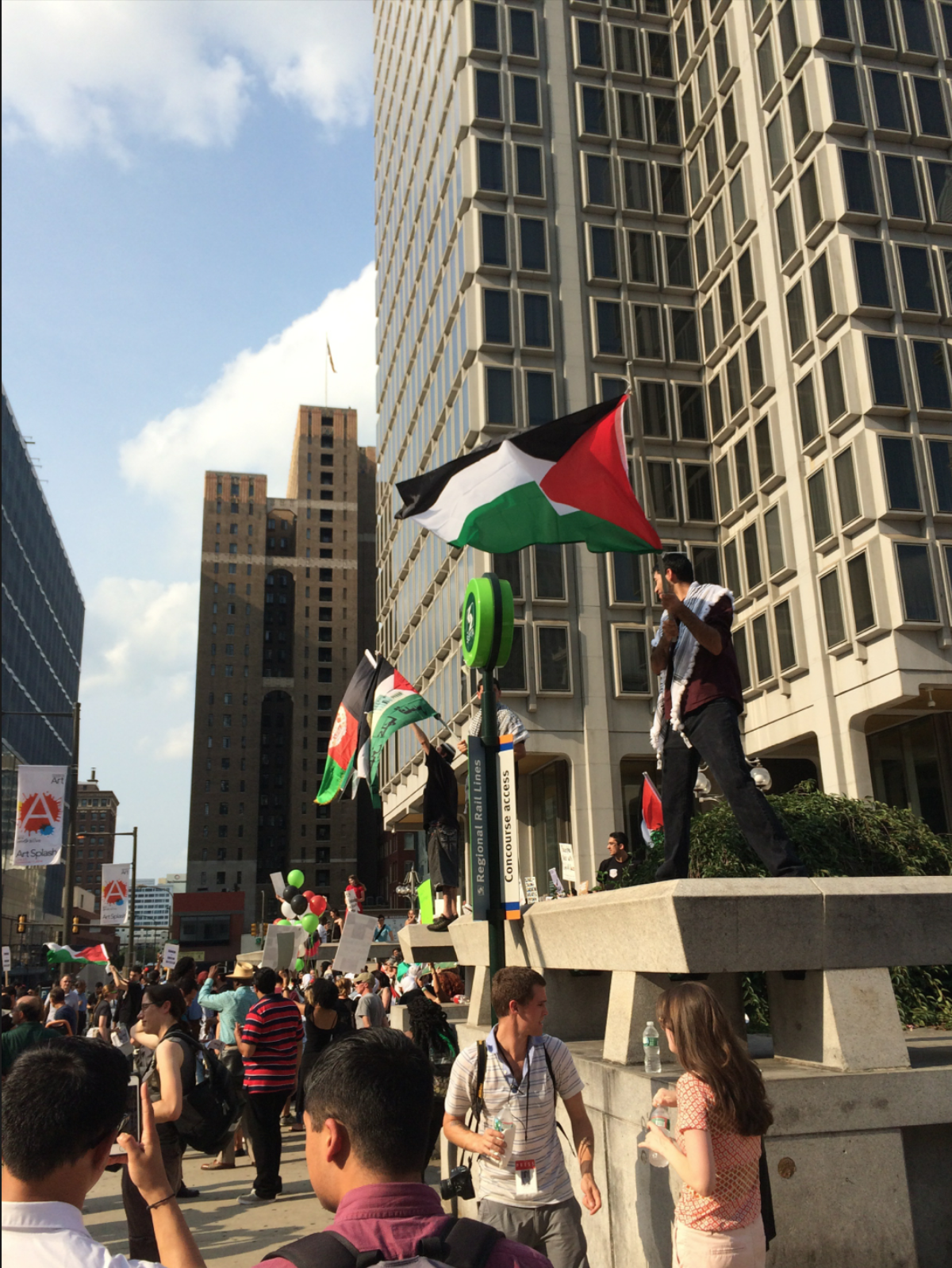 On July 23 over 200 Palestinians and their allies rallied in defense against a gathering of Zionists in Philadelphia’s Love Park. They dressed in black in homage to the over 600 Palestinians that have been killed in the heavy bombing of Gaza by the Israeli military over the last two weeks.

As the Zionists across the street danced behind Israeli and American flags, the streets echoed with the voices of the Palestinian side chanting “No more bombs on Gaza! Stop killing our children!” Flags, signs and banners denounced the Israeli occupation and shamed the Zionists for supporting Israel’s racist war funded with U.S. tax dollars.

This most recent demonstration is only the latest in a series of Palestinian solidarity actions in Philadelphia and around the world. On the Fridays of July 11 and July 18, the people’s forces for Palestine completely engulfed the entire intersection of 19th & JFK streets outside of the Israeli consulate. In between red lights, supporters carried Palestinian flags and voiced protest slogans in unison, which was met with wave after wave of peace signs, raised fists, and blaring horns from drivers in support of the cause.

Entire families of Palestinians and their supporters sang, prayed, chanted, danced, and gave reverence to the ever-increasing number of the fallen in Gaza and elsewhere. This momentous outpouring of solidarity is growing exponentially, with each demonstration showing the people rapidly supporting organization to join the national march in D.C. on August 2.