On June 17, activists joined the family of Raheem Hatter for a press conference outside the Cook County Jail. Just days prior, on June 14, 23-year-old Hatter was found beaten to death in his cell at the jail around 4:30 a.m.

Since then, the family has been left in the dark by the authorities at the jail. While the medical examiner ruled his death a homicide, the circumstances of his death remain unclear. Hatter was awaiting trial in the jail.

No answers from the state

The jail has remained characteristically secretive about what really happened inside that cell early that morning. So secretive, in fact, that Hatter’s family was not notified about their loved one’s death by jail authorities — they first learned that he had died through an Instagram post!

Grant Hatter, Raheem’s older brother, told Liberation News that Raheem was forced to survive in incredibly dangerous conditions while incarcerated. He had contracted COVID while inside the jail, and had even been thrown in the “Special Management Unit” after an altercation with a correctional officer.

Raheem “was a survivor through everything he went through in his life,” said Grant. “For my brother to die like this, in their custody, [where] he’s supposed to feel protected … they didn’t protect my brother at all.”

These adverse conditions raise serious questions about what happened on the morning of June 14. Where were the correctional officers at the time of Hatter’s murder? What really happened that made him a target of this brutality?

At the press conference, the family was joined by Cassandra Greer-Lee, a tireless fighter for the rights of incarcerated people. In 2020, Greer-Lee’s husband, Nickolas Lee, died after contracting COVID while incarcerated in the Cook County Jail. At the time, the jail was one of the largest transmission hotspots in the country. The jail remains an epicenter for COVID spread, with hundreds of inmates and jail employees testing positive earlier this year.

Many of those being held in the jail have not been convicted of any crime, and are only being held because they cannot afford to pay bail. Legally speaking, these inmates are not considered guilty, and yet men like Lee and Hatter have been sentenced to de facto death sentences while inside the jail’s walls.

Hatter’s death comes just one week after Chicago Mayor Lori Lightfoot stated publicly, “We shouldn’t be locking up non-violent individuals just because they can’t afford to pay a bail. But, given the exacting standards that the state’s attorney has for charging a case — which is proof beyond a reasonable doubt — when those charges are brought, these people are guilty.”

In Lightfoot’s view, the words of the police and the state’s attorney alone are proof of guilt in Chicago, even before trial. This statement by the mayor is in flagrant opposition to existing U.S. Constitutional rights, and reveals that the highest levels of Chicago city government sanction the denial of basic democratic rights to those who come into interaction with the criminal legal system.

Despite the odds, the family of Raheem Hatter — a beloved son, brother, cousin and friend — is ready to fight. No family should have to lose their loved one in this way, and Danisha Evans, cousin of Hatter, wants to make sure that no other family does.

“All we want is justice for Raheem,” said Evans. “This has to end today.” 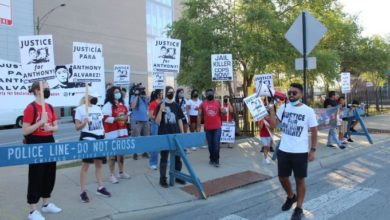 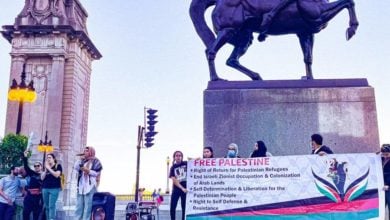