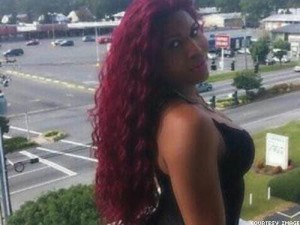 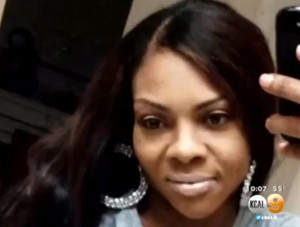 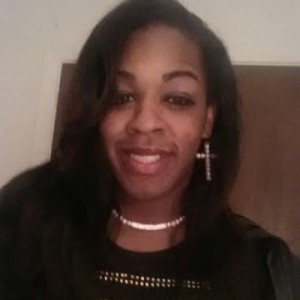 Yazmin Vash Payne, 33, Lamia Beard, 30, Ty Underwood, 24, and Taja Gabrielle DeJesus, 33, were taken away from their loved ones and communities by hate.

Yazmin Payne was a Los Angeles resident, murdered by her partner and discovered in a fire. Lamia Beard was a French-speaking musician and student, living in Virginia, who was gunned down with multiple bullets. Ty Underwood of Texas, also shot,  was a nursing home assistant attending nursing school. DeJesus was a volunteer at a trans drop in center in San Francisco and was found stabbed to death in the Bayview District. No arrests have been made in the cases of Beard, Underwood or DeJesus.

The most recent report from the National Coalition of Anti-Violence Programs states that almost 90 percent of LGBTQ homicide victims in 2013 were people of color. The report also showed that 72 percent of queer homicide victims were transgender women, and more than two-thirds were transgender women of color. In 2014, trans women of color—mostly Black trans women—were murdered at a rate greater than one per month in the U.S. Nine out of 10 trans women of color murdered in 2014 were Black. On average, according to a report by the Inter-American Commission on Human Rights, trans people are not expected to live past 35 years of age.

Instead of addressing these devastating facts as the crisis they represent, the media turns these murders into entertainment, if it reports on them at all. Articles described Lamia Beard, a college student with a full ride to her university, as having been “in an area that transgender prostitutes are known to frequent.”  The stereotyping of trans women as sex workers serves to delegitimize trans women’s identities. Painfully similar to the media’s characterization of Black youth murdered by police, what little representation trans victims get is rife with victim-blaming.

A byproduct of this victim-blaming is the unspoken exemption granted to all types of violence, including domestic violence, against trans women. Yazmin Payne was stabbed multiple times by her partner, who turned himself in. The “trans panic” defense—the claim that a defendant assaulted or murdered someone after being shocked to find out the victim was trans—has been accepted in almost all states.

Thanks to the struggle, some trans people have managed to gain a degree of mainstream acceptance; for instance, actress and activist Laverne Cox was featured on the front cover of Time Magazine in 2014. However, working-class trans people, especially transgender women of color, are still attacked, demonized and victim-blamed.

Patriarchy and racism, the building blocks of capitalism, ensure that most trans people face high levels of economic hardship. Employment discrimination, widespread sexual harassment, and rape culture combine to form an image of trans people (especially trans women) as unstable, unnatural, dangerous people who should be treated like violent criminals.

The racist idea of the violent, criminal Black or Brown person becomes compounded with the disgust society is taught to feel towards trans people. Because capitalism is built on the oppression of people based on gender and nationality, among other factors, any transcendence of those boundaries may result in swift punishment.

As LGBTQ people gain mainstream attention and visibility, most of the faces of those thrust into the limelight remain profoundly unrepresentative of the majority of the actual queer community. Medical transition, a process crucial for many trans people, is often portrayed as a quirky pastime for the rich in this country. The lukewarm acceptance of trans people now surfacing in the mainstream is not real solidarity with horrifically oppressed trans communities. It is the curious, tentative tolerance of a “lifestyle” that is said to be “chosen” by those who can afford it. It is an attempt to absorb some of the trans community into the capitalist structure, as has been done with every oppressed community that has stood up.

The myth perpetuated in the United States is that Western capitalist countries treat LGBTQ communities better than any other places in the world. That is patently false. In reality, Western colonialism imposed patriarchy, sexism, transantagonism and homophobia onto colonized territories and peoples. Any gains that have been made in this country for the queer community have been fought for by queer people against the system, not handed benevolently down by the ruling class.

Socialism guarantees protection for all marginalized people, and proves it in practice. Rather than failing to protect trans people from violence, a socialist state would treat anti-trans assault as a criminal offense without victim-blaming. Additionally, the social and economic rights denied to so many trans people in the U.S.—access to a job, health care (including transition), education and housing—are mandatory for all under socialism.

Socialist Cuba is a good example of swift evolution to meet the needs of the LGBTQ community. Cuba, originally a very backward country with extreme anti-LGBTQ sentiments, inherited from colonialism,  has recently implemented a program of popular education on the trans and queer communities’ rights and needs. The government has made it a priority to eradicate all prejudice against the LGBTQ community. In addition to those efforts, like all health care, all transition-related procedures—from therapy to hormone-replacement treatment to gender-affirming surgery—are entirely free in Cuba.

Capitalism has a vested interest in destroying trans lives and making sure our communities live without dignity. As a tide of protest and organizing rises against racist violence, all people who believe in change have a duty to stand with and learn from the most oppressed among the oppressed.

The lives and legacies of trans people—especially trans women of color—must not be forgotten, despite capitalism’s attempts to misgender or victim-blame them into anonymity. Rather, meeting the needs of trans people is an important demand of the workers’ movement against capitalism and patriarchy, which continues to oppress women and all queer people. Trans and gender nonconforming lives matter, and under socialism, trans and gender nonconforming people are guaranteed the opportunity to thrive.

In memory of Lamia Beard, Yazmin Payne, Ty Underwood and Taja DeJesus and all the beautiful trans lives destroyed by this system, it is our duty to fight and win.