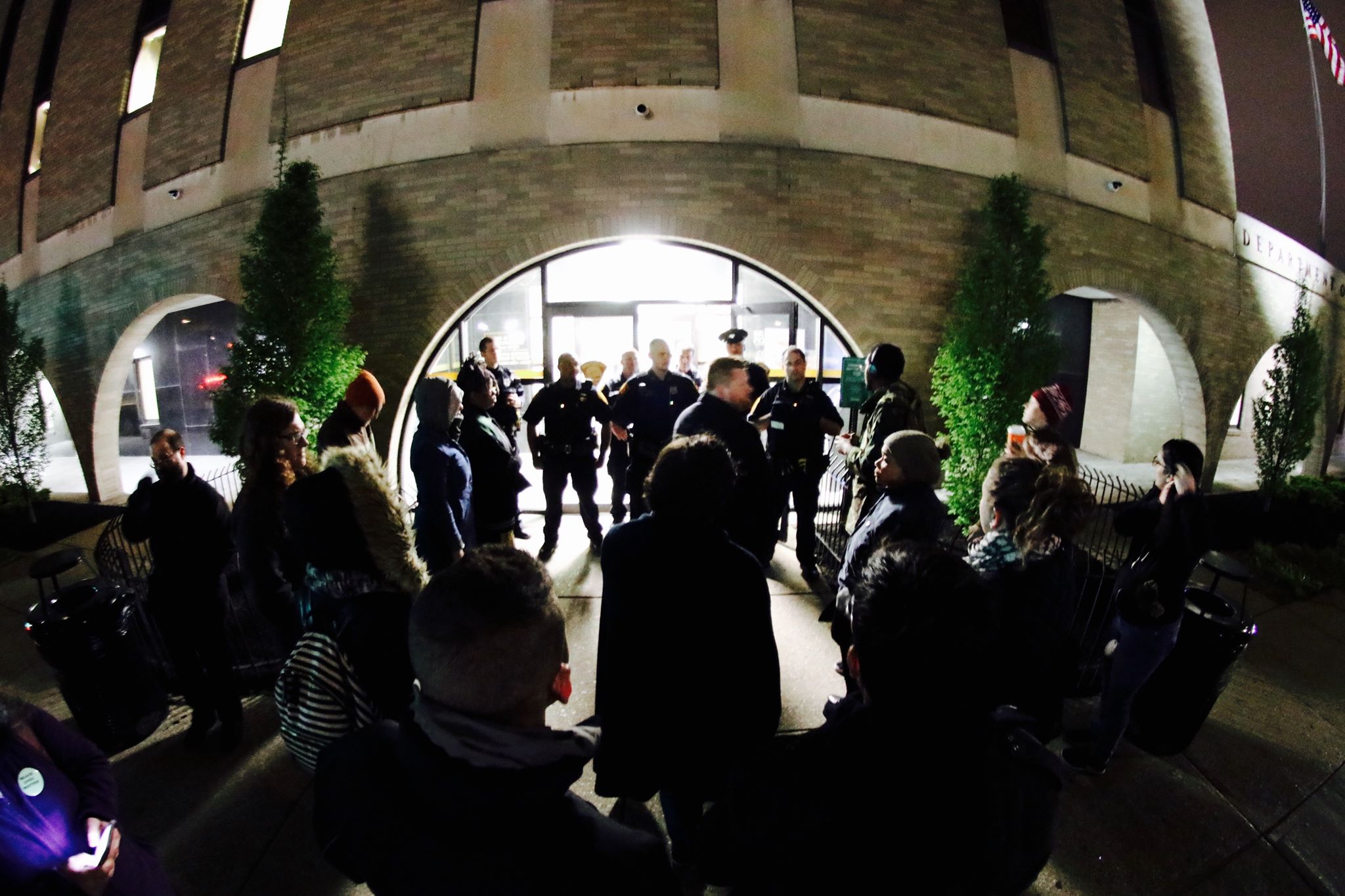 May 9 marked the second anniversary of the killing  of 15-year-old Jayson Negron by Bridgeport police officer James Boulay. Negron’s family and supporters honored his life by hosting a memorial celebration of what would have been his high school graduation, complete with music, performances, food and solidarity. The event was attended by over 70 people from various cities, backgrounds and organizations. It was bittersweet: those who loved him and continue to fight for him were able to come together, cry together and celebrate his life together. Performers included Black Lives Matter organizer Sun Queen, New Haven based artist Salwa, Puma Simone and others. 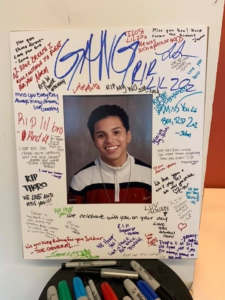 In memory of Jayson Negron, killed  by Bridgeport Police. Photo by Jessica Smalley. Used with permission.

After the graduation celebration, the group went out to the site of Negron’s killing to erect a memorial altar and recommit to the fight for justice. Much of the crowd took the street with linked arms and stood their ground to hold space for his memory and the community’s anger and pain through chants, song and stories. Armed Bridgeport police arrived between 8 and 9 pm, outnumbering the  people in the street, according to eyewitnesses. The officers began shoving people, throwing them on the ground and creating chaos. Twelve people were brutally arrested, including a journalist. “They took our banner in memory of Jayson and shoved it in the trash,” said one attendee. “They had no shame.”

Word of the arrests spread quickly through the local community. Within an hour of the arrests, several organizations called for a support gathering outside the Bridgeport police department. Despite inquiries by multiple people (including some elected officials), police claimed they did not know what had happened to the arrested organizers or when they would be released. Police put the department on lockdown, not allowing anyone enter the building and stationed armed police outside near the entrance. The crowd of demonstrators swelled, and attendees began calling everyone they could — the mayor, the police commissioner, booking and the Bridgeport city council — to demand the immediate release of the wrongfully arrested people.

Notably, Bridgeport mayor Joe Ganim made a special request to have the journalist released within less than an hour of the arrest, and she was released. He made no statements about the organizers who were brutalized and arrested for attending a memorial, nor did he respond to any of the calls or texts by dozens of community members.

Community members continued to stand vigil outside the police department all night, with more and more people coming to join, bringing coffee, food and blankets. Remembering that the cells in the police department face the street, community members began chanting: “We’ve got you! We’re out here! We’re not going anywhere until you’re free!” “No justice, no peace! No racist police!” and “Let them go!” 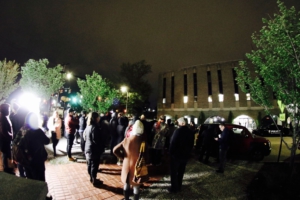 After nonstop protest and pressure, the Bridgeport police department finally conceded: around 2 am, the first arrestee was released on a promise to appear. Hours later, they released a second. Finally, with the arrival of a representative of the Connecticut Bail Fund and ongoing pressure, dawn broke and the remaining arrested community members were released, each met with clapping, cheers and chants from those waiting outside. Many of those arrested had visible injuries — one man’s face and shoulders were bleeding from being slammed on the ground, one woman had a wound on her leg and most had wrist injuries from handcuffs. “I watched them throw my daughter into the vehicle, she almost landed on her face,” said the parent of one of the people arrested. “They were manhandling them.”

After the releases, everyone gathered in a circle to hold hands and remember Jayson Negron one more time. Kerry Ellington, one of the organizers assaulted and arrested by Bridgeport police, reminded the community that they were there for Negron, his family and all those murdered by Connecticut police departments— Monique Hayes, Oscar Santiago Rivera, Corbin Cooper, Zoe Dowdell, Vincent Fowlkes, Malik Jones and more. “We got the chance of due process today,” she said, “but they did not get the chance to be innocent until proven guilty.” Ellington wrote later in a post thanking organizers: “They were met with rampageous violence by police playing judge, jury and executioner in our communities. This must end.”

Connecticut organizers against police violence pledged to mobilize to get justice for those wrongfully arrested at the memorial and to continue to fight for police accountability across the state.