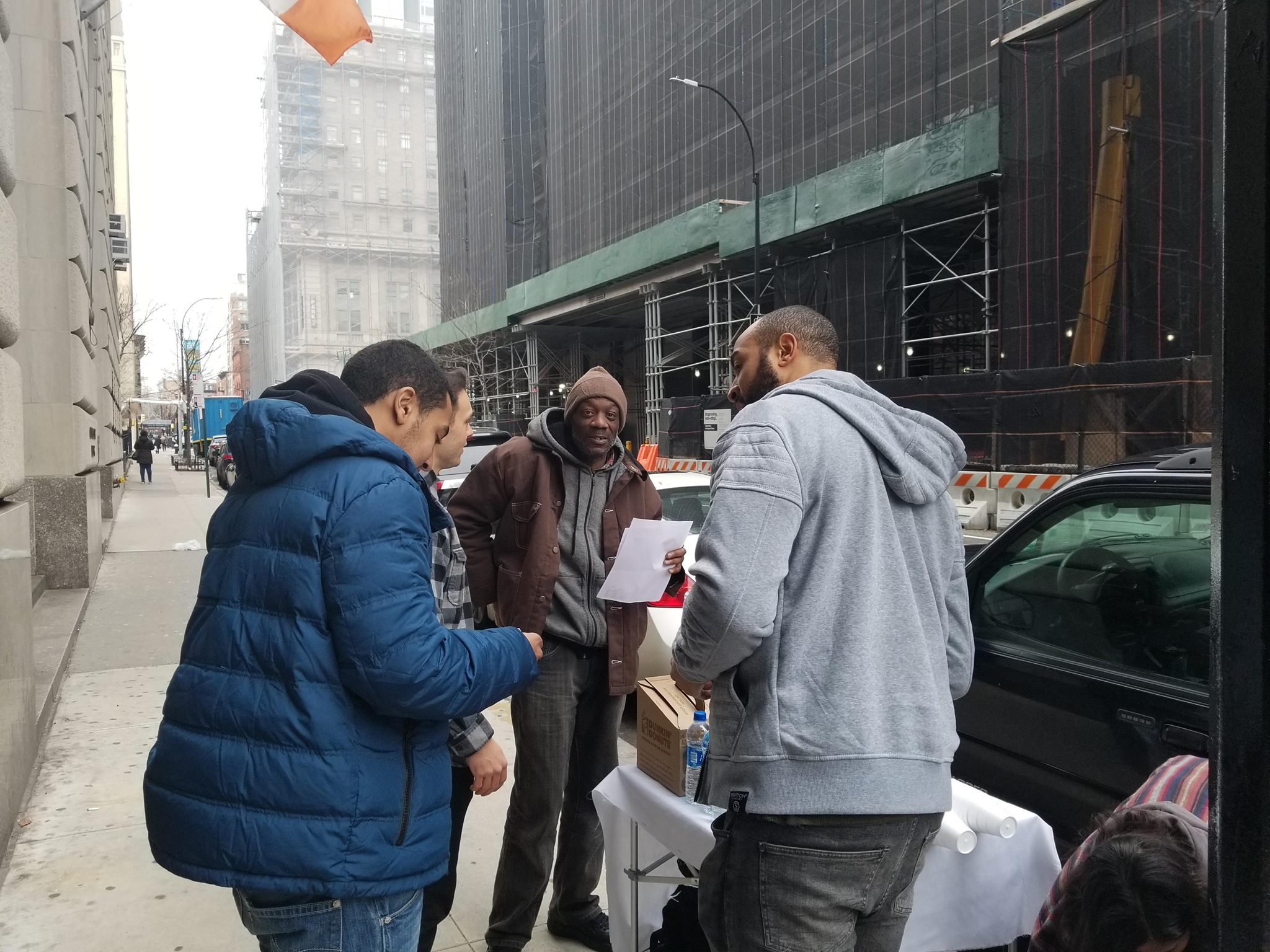 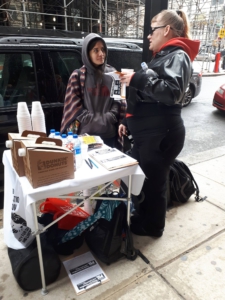 On Feb 10, Brooklyn members of Party for Socialism and Liberation set up a table outside of Brooklyn Criminal Court to serve the people being released from jail. Ten organizers came out to provide coffee, water, fact sheets, and general moral support to people walking out into the free world as well as the families of inmates around for visitation.

In the period of a few hours a slow trickle of people came out of the courts in twos and threes and were immediately relieved if not somewhat flabbergasted that people were offering them necessities that they were being denied on the inside.

One man reluctantly took water telling us that in his tank they couldn’t get any clean water whatsoever and were instructed instead to drink out of a sink surrounded with dirty mops and other grime. A second recently-released inmate informed us that food quality was so bad that he could hardly keep anything down for the duration of his stay, listing fake peanut butter on moldy bread as his primary meal while he was locked up. Lastly, almost all recently released people spoke to the callousness of correctional officers who treated fellow people as less than animals in word and deed. Overwhelmingly people coming out were Black and Brown and were in for petty misdemeanor tickets they couldn’t afford to pay. An example is the case of an elderly man who was being released after two years incarceration for jumping the subway turnstile, illuminating at once most people’s material reality: they were being repressed primarily for being poor and racialized.

Activists simultaneously flyered the four corners of the courthouse for passers-by where they encountered several people had either done time or had incarcerated family and loved ones. In the main, most people did not find it controversial to think about the prison industrial complex as an explicitly racist format of class war being waged on racialized workers in historically underserviced communities and neighborhoods. Even the very young people with whom comrades struck up conversation offered their opinions about the school-to-prison pipeline, the jail sentence inevitably waiting on poor people and the absurdity of over-policing that they had experienced in their lives as teenagers in Brooklyn.

From elderly people to preteens each person already had a working knowledge of the racist class character of the courts, jails, prisons and schools. The people already know. They’ve known for a long time. In conversations over coffee and water comrades were able to focus explicitly on how we fight mass incarceration and Jim Crow, citing the power of solidarity, the need to create a revolutionary class consciousness and international proletarian unity. Every single person who came out of jail was ready to struggle against capitalism. PSL will continue to do jail outreach, to serve people, learn from people and teach the people until we can effectively unite and struggle as one against these racist torture houses which disappear struggling workers, and not the problems they’re facing. Regular outreach will be done in the spirit of George Jackson quoting Ho Chi Minh, “When the prison gates fly open, the real dragon will fly out!”