Can women depend on the police to protect them from rape? 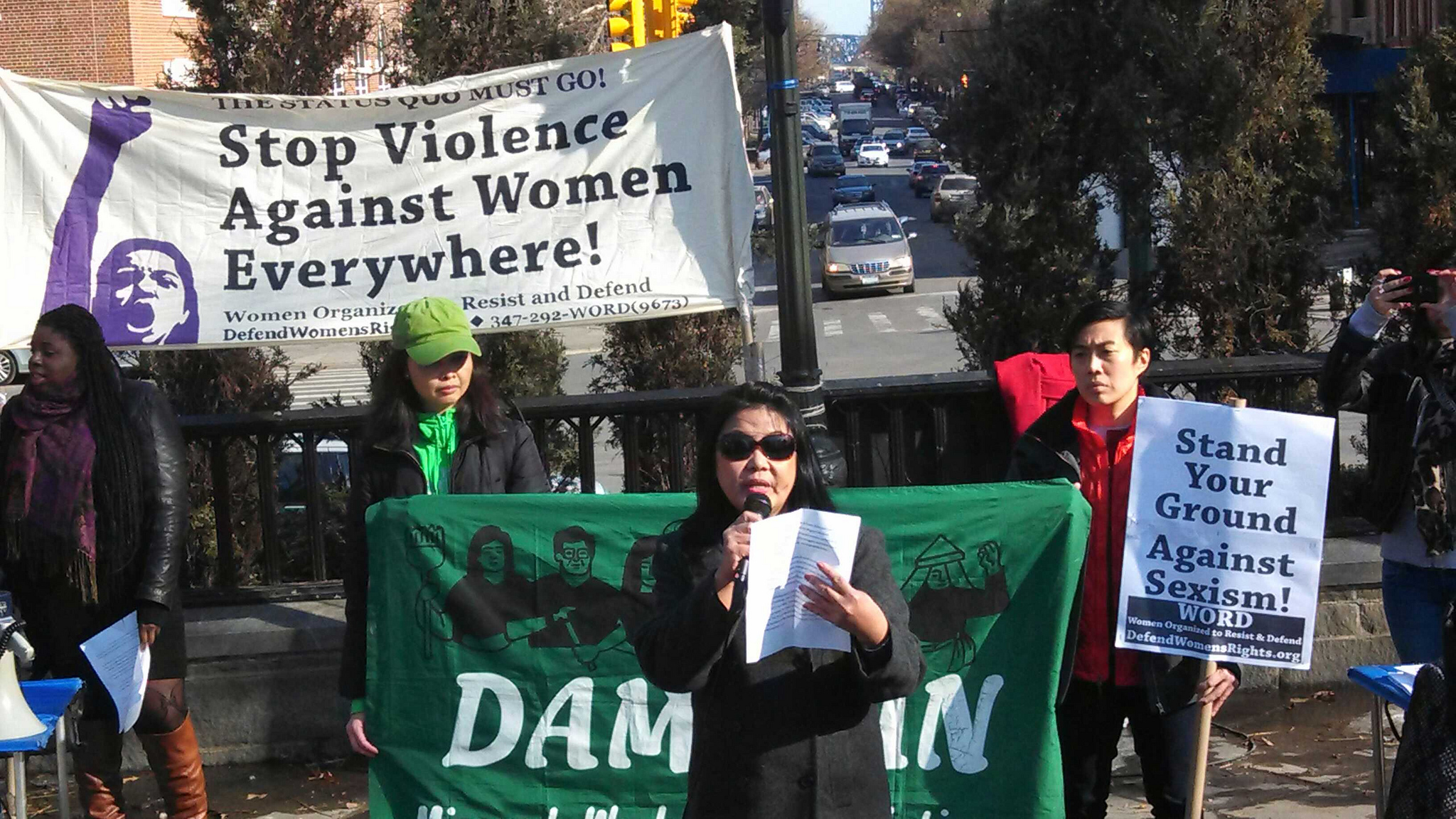 In 2017, an unprecedented number of women courageously decided to tell their stories of being sexually harassed, assaulted or raped by men in entertainment, the media, sports and other sectors of society. In this present political climate of exposing sexual harassment and rape, John J. Miller, a New York City police official, apologized on Jan. 12 to a woman whose rape allegation he had discredited to the media 24 years ago.

Miller, whose job at that time was to deal with the press, said he told reporters in an off-the-record briefing after the attack that detectives had doubts about the woman’s account. The Daily News then printed a story headlined: “Rape Hoax the Real Crime.” Miller now admits he “re-victimized a person who was already the victim of a terrible crime.” His apology came days after the New York City Police Department announced it had solved the case using new technology that matched the suspect’s DNA with a jailed serial rapist. (New York Times)

What is unusual here is that the rape survivor bravely persevered for years until the perpetrator was identified; and that Miller came forward and apologized. This unusual situation is the exception that proves the rule: That the police, and the whole so-called ‘criminal justice system,’ are much more inclined to go after the person who reports a rape than to seriously pursue the rapist.

False rape accusations are extremely rare—only some 2-10 percent of reported rapes. Yet, to this day, women who come out with their stories to the police or press can find themselves the focus of an inquiry on their own truthfulness. They are often depicted as liars, malicious women who just want attention. Across the country there are cases of women reporting rapes who are actually charged with lying because they do not act the way the police think a rape victim should act or due to small inconsistencies in their story, often trauma related. Later, video footage and photos found in other inquiries have proven the women were really raped.

The sexual assault forensic exam of the victim, known as a “rape kit,” preserves possible DNA evidence. But there is no guarantee that the police will even process the kit for DNA on file. A recent USA Today investigation revealed that over 70,000 rape kits from over 1,000 police departments nationwide have gone untested. Despite its scope, the count covers only a fraction of the nation’s 18,000 police departments, suggesting the number of untested rape kits reaches into the hundreds of thousands. Police departments say the $1,000 cost to process kits is a ”hindrance,” despite rape kits containing forensic DNA evidence that could help prosecutors prosecute rapists or exonerate those falsely accused.

Additionally, police officers are themselves perpetrators of sexual violence, with few if any consequences. An example is the case of two Brooklyn, New York police officers who quit the force in October after they were charged with taking turns raping a handcuffed 18-year old in the back seat of their police car.  In Oakland, Ca. in 2016 some 20 cops were caught extorting sex from a 17-year-old girl in 2016. Officers destroyed evidence and covered up the investigation. (SF Gate)

Additionally, police body camera footage has revealed brutal and violent assaults on female detainees, who fear for their lives, such as seen in this video. In another case, Sandra Bland, a young Black woman was pulled over in 2015 in Texas for failing to use her car’s turn signal. She was brutally arrested, detained and later mysteriously found dead in her jail cell three days later.

The racist and misogynistic culture among police officers doesn’t stop at the end of the day. The very forces that claim to “serve and protect” are also some of the most dangerous even to their own families. According to the National Center for Women and Policing, two studies have found that at least 40 percent of police officer families experience domestic violence, in contrast to 10 percent of families in the general population.

For women, even self-defense can lead to arrest and imprisonment. For example, the case of Cyntoia Brown went viral in December, and got attention from celebrities, who tweeted support for her freedom. Brown was drugged and raped by different men. Yet when at the age of 16, she shot and killed the predator who had  repeatedly raped her, she was tried as an adult for murder and sentenced to life in jail.

Women’s safety is simply not a priority in police departments nationwide. There is a chauvinistic attitude towards women as second class citizens, and as collateral damage in times of war, with many police perceiving working and poor communities as a “battlefield.”

Meanwhile, the police practice of racial profiling of Black and Latino people in urban areas across the U.S., combined with the unofficial pursuit of quotas for summons, leaves women and men in many working class and poor communities living in fear. Police departments have denied the use of quotas, despite a 2010 class action lawsuit in New York City which paid 900,000 victims of false arrests a total of $75M. These false arrests involved minor offenses, such as drinking in public, trespassing, and alleged disorderly conduct.(NYT)

With more and more police forces heavily funded with federal grants and more heavily armed than ever,  working and poor communities are less safe than ever.

Policed attitude towards women, especially African American women, must be seen in its historical context. The first policing institutions in the U.S. were slave patrols whose job was to chase down and return runaway slaves and preventing slave revolts. These police were in the employ of the slave owners, who raped Black women and girls regarded as their property.

The uninhibited violence towards detainees in custody is reminiscent of the terrifying decades of thousands of lynchings of young Black men in the Jim Crow south. While today, many women experience being accused of lying when they report their rapes, false rape allegations were enough for white supremacist vigilante mobs to terrorize Black communities and commit murder with police often aware, or participating, in lynchings, all under the guise of protecting white women. For example, in 1955, Emmett Till, a 14-year old child from Chicago was lynched after a young white woman,  accused him of being “sexually menacing.” Some 60 years later his accuser admitted she had lied. The men who murdered Emmett Till were acquitted by an all-male, all-white jury.

Rape is under reported

Is it any wonder that many women don’t have confidence that the police and courts will get them the justice they deserve? Only 15-35 percent of rapes are reported to the authorities. In fact, of 1,000 rapes, 994 perpetrators will walk free!

The police are blatant, dangerous misogynists to their core. Their job is to protect the interests of the ruling circles that profit from the subjugation of women, creating what has become known as “rape culture.”

Gains won for women in the courts are not based on any “justice” in the system, but on the strength of the mass struggle. For example, for years gymnasts and other women athletes have come forth to say they were sexually assaulted  by Dr. Larry Nassar. They were not believed. It was the courage of women like Rachael Denhollander who filed the first legal papers against Nassar, and the strength of the women’s movement against sexual assault that finally forced authorities to bring him to trial. Based on the testimony of more than 150 women and girls (an army of women, some called it), on Jan. 24 Nassar was sentenced to 40-175 years behind bars.

The way to insure physical safety for women is for the people to take control and  replace as system based on exploitation with one  that places people over profits. A society run by working class women and men would have no problem mandating rape kit testing or insuring swift, fair and impartial investigations of alleged sexual assaults and rapes.