Gerry Scoppettuolo is a life-long labor activist who was a founding member of ACT UP Nashville, and was a principal organizer of the first Gay Pride Marches in both Nashville (1988) and Northampton, Massachusetts (1982). He was also a founding member of GALA (Gay and Lesbian Activists in Northampton, 1982) and GALLAN (Gay and Lesbian Labor Activists Networking, 1987 — now Pride at Work AFL-CIO), and continues to be active in the struggle for LGBTQ+ workers rights and more today.

To compare the early years of the HIV epidemic to the COVID-19 pandemic is to relive a nightmare, all the more so for me since I recently tested positive for COVID-19. In the early years (1982 – 1987), gay men and Haitians were scapegoated and attacked for HIV. Today, those of Asian descent and the People’s Republic of China are being falsely accused by Trump of intentionally spreading COVID-19. This racist effort is a thinly disguised attack on socialism, socialist states and life-saving public health central planning.

Like most people with this frightening diagnosis, I found it almost impossible to simply get a test. I needed my doctor’s clearance just to get into an emergency room even though at that point I could not walk. After I was admitted and hospitalized it still took two days to get a test despite being under observation and barely able to walk. This slog of progress is because under capitalism, COVID-19 tests are rationed to fulfill the more paramount need to further enrich the pharmaceutical companies. Now, as during the HIV crisis, the drug companies have blood on their hands, which the ruling class can never clean from history no matter how hard they scrub.

Such a failure by the government to provide swift and thorough testing and treatment for everyone drove working class and oppressed people to collective action in the past. Those of us who organized in the AIDS Coalition to Unleash Power (ACT UP) decades ago may well remember how the same desire for profits caused tens of thousands of unnecessary deaths. The only difference between 1983 and now is the scope and severity of the current global pandemic. By 1987 we in ACT UP were proclaiming that “Silence = Death.” Today the banner of “Capitalism = Death” would be a suitable update.

There are many examples of capitalist violence from the early HIV epidemic, remembered only with re-lived grief. Beginning in 1981 the federal government in its role “as a committee for managing the common affairs of the whole bourgeoisie” (Communist Manifesto, Karl Marx, 1848), coordinated the manslaughter of tens of thousands of people, exploiting HIV to guarantee profits rather than save lives.

One tragedy in particular highlights this depravity. In 1983 the American Red Cross and the private for-profit blood banks opposed screening for Hepatitis B antibodies in the blood of donors, even though it was known at the time that 88 percent of those with such donated blood came from gay men who were later diagnosed with AIDS (CDC, Don Francis study, 1978). Thus, a test for Hepatitis B would have disclosed those likely to have HIV. Fearing a resultant drop in blood donations because their profits too would therefore fall, the private blood banks — encouraged by the American Red Cross — opposed this screening, and for several years it never happened. Many thousands of those with the then highly lethal HIV infection were deprived of knowing their HIV status. The possibility of practicing safer sex to avoid spreading HIV and to prevent new infections was foreclosed by the desire for profit (Randy Shilts, And the Band Played On.)

Today, the U.S. government is repeating this hideous history. The failure of its COVID-19 response is directly linked to the scarcity in capitalist economies of the critical polymerase chain reaction (PCR) reagent chemical necessary to analyze samples from the swabs that are used in testing, but such rationing of tests is inconceivable in socialist states like Cuba, Vietnam and the People’s Republic of China. Additionally, PCR reagents were made available to the world by Vietnam and the People’s Republic of China as early as February of this year and have indeed been readily exported to Qatar, Iran, Finland, Ukraine, Malaysia and others.

China and Vietnam, because they have state-controlled socialist economies, were able three months ago to direct the production of reagents; however, the U.S. government with its laissez-faire, “free market” economy relies on the Federal Emergency Management Authority (FEMA) to seek out and approve private manufacturers, who then can get government contracts to produce and sell PCR reagents on the open market.

During the early days of the HIV crisis, Cuba took action immediately before the first case was detected there and two years before Ronald Reagan uttered the word “AIDS” publicly. Detractors of the Cuban revolution reference these quarantining measures taken during the 1980s to attack the socialist state for infringing on human rights — but as we can surely see now, quarantines are essential to combat the spread of new deadly viruses. After the Cuban quarantines were no longer mandatory, more than 40 percent of patients chose to stay in those “sanitoriums” because of the excellent care they received. Compared to the U.S. private insurance companies who knowingly sacrificed human lives over the prospect of losing profits for disposing or even testing potentially contaminated blood, Cuba destroyed 20,000 vials without blinking an eye.

As the heartland of world imperialism, the U.S. government has spurned humanitarian offers from socialist states, relying instead on private testing firms like Quest Diagnostics and others with limited manufacturing capacity in a haphazard attempt to fill the void. In the past month the government has “solved” this problem of its own design by handing out multi-million-dollar contracts to pharmaceutical giants Abbott and Gilead Sciences, which have greater productive capacity than smaller companies, but pale in comparison to socialist healthcare powered by the needs of the people and a centralized economy.

Under capitalism, the needs of the people are secondary to the compulsions of the profiteers. Only socialism can guarantee that this will never happen again. 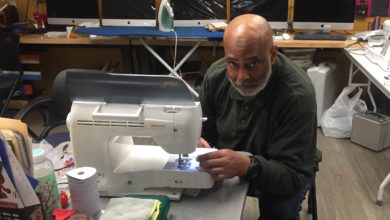 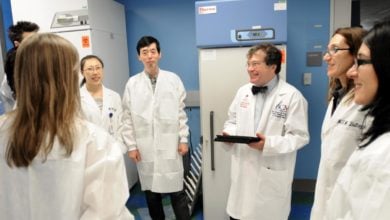 How capitalism and racism hold back a COVID-19 cure