The following statement was released by Marcha Patriótica, a left-wing social movement in Colombia. Translation by Emilie Rose.

on June 23, in Havana, Cuba, delegations of the Colombian government and the guerrilla fighters of the FARC announced, in a historic event, the concretion of new accords towards the end of conflict – in particular, a bilateral ceasefire.

In the presence of Colombian President Juan Manuel Santos and FARC Commander Timoleón Jiménez, the parties announced, furthermore, advances on the issues of safety guarantees and official treaty endorsement.  Regarding the former, both parties concretized an agreement titled, “Accord on safety guarantees and the struggle against criminal organizations,” which forms part of the point, “End of the conflict,” in the negotiations agenda.

The document, signed by both the Colombian government and FARC delegations, refers to driving forward a nationwide political pact that, “arms will never again be used in politics, nor will violent organizations be promoted – like paramilitarism, which disrupts Colombians’ lives.”

The accord also lays out the formation of a “National Commission for Safety Guarantees in the dismantling of criminal organizations,” in particular, those that “threaten the implementation of the accords and the construction of peace.”

The document further points to the creation of a “special investigation unit for dismantling criminal organizations responsible for homicides and massacres.”

This entity will be charged with ensuring that paramilitarism will not return, avoiding new human rights violations, and contributing to the construction of a stable and lasting peace.

These initiatives will be joined together with the Comprehensive Security System for the Exercise of Politics, a measure formulated in the accord under “political participation,” the second agenda point.

All of these measures seek to ensure safety guarantees for the new movement or political party that will emerge from the FARC’s transition to legality.  This has been one of the most crucial points in the negotiation process, and its concretion is evidence of how far along the process has come.

Notwithstanding, this issue also represents a major risk and a threat, given historical antecedents in Colombia involving demobilized combatants and the leaders who launched the path to peace negotiations.

Guadalupe Salcedo, a guerrilla of the Colombian Liberal Party in the 1950s, and Carlos Pizarro, of M-19, assassinated in 1990, are just two of the multiple cases of ex-guerrillas killed following a peace process when they had already returned to civilian life.  Leaders of other guerrilla organizations have died following negotiations or after signing agreements with the Colombian government.

Along with the bilateral cease fire, the concretion of the accord on safety guarantees represents a huge advance.  It is an issue that will require effective compliance in order for the peace accords to become a reality.  To fail at this would be to jeopardize this historic opportunity to begin to construct peace in Colombia. 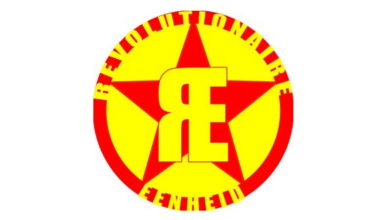