By Communist Party of Cuba 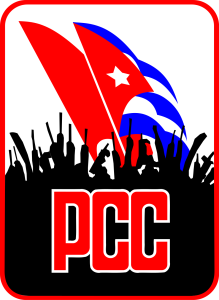 On behalf of the Communist Party of Cuba and the Cuban people, we would like to convey our fraternal and solidarity greetings to the 10th Anniversary of the Party for Socialism and Liberation of the United States, and to express our deepest gratitude for the years of unconditional solidarity.

The PSL and our Party have had a long history of working together for peace and freedom and of real friendship. We have also shared a common history of struggles for the working class, to build a Socialist system where social justice is the priority and against imperialism.

For the Communist Party of Cuba, the only alternative to the crisis of the neoliberal capitalism is the Socialism; it guarantees full independence as an important condition to development, social justice and solidarity; respect to environment and the right of peoples to choose democratically, the society project that each nation decides.

In a world today, where subversion and the promotion of social violence are used as ways of destabilization and regime change, the unity and integration among all revolutionary forces are critical to promote peace and understanding among all countries in the world.

Cuba came out of a tough economic crisis that lasted more than 10 years and now is facing the consequences of a terrible world economic crisis and the tightening of the criminal, financial, commercial and economic blockade imposed by the U.S.

Under this complex situation, the historical leadership of our Revolution in a permanent exchange with the people analyzed the necessary measures to preserve our main social conquests and make changes that will lead to social and economic transformations, with an adequate use of available resources, the needed search for efficiency and a greater economic rationality to the current circumstances.

Over the last years, we have celebrated the VI Congress and the I Conference of our Communist Party, which established the economic and social guidelines and the political objectives for the coming years.

Some of the main aspects included in the approved guidelines, which show with clarity that we are not moving towards capitalism, are: Socialist state ownership over the fundamental means of production will be dominant and a socialist distribution will be the basic tenet; planning and not free trade, as an essential foundation of the national economy; keep the social achievements and guarantee social security, free of charge access of all people to education, healthcare, massive sport practice and culture; we will keep the principle of international solidarity and cooperation with the world; we won´t permit the implementation of shock therapies that terribly affect labor and working class in the capitalist world and last but not least, nobody in Cuba will be abandoned to his luck or destiny. Social security and protection will continue to be a priority.

As PSL knows very well, because you were one of the very first people in the U.S. to begin a profound and serious work for the freedom of the Cuban Five, in Cuba, we are fighting a very important battle. Last September marked 15 years since the U.S. government arrested the Cuban Five in Miami and began a scandalous judicial process plagued with arbitrariness and abuse.

We have to stop that crime. We have to come together and work hard until all are freed and the real terrorists go to prison, as they should. I know that many people in hundreds of places, all over the world and especially in the U.S. are fighting very hard for their release, but PSL since the creation of the National Committee to Free the Cuban Five in 2001, has been a very important leader in this fight.

In the spirit of friendship and solidarity that characterize the relations between our two parties, we wish you a big success in your work and we congratulate you for your tireless struggle among the progressive movement in the U.S.

Long live the fraternal relations between the peoples of Cuba and the United States!

Thank you very much.