Washington state faces a setback in the fight for universal health care. In July, two health care networks — 100-year-old Seattle-based Virginia Mason and Tacoma-based CHI Franciscan — announced their intention to merge. Despite claims to the contrary, this merger or “affiliation” is an acquisition in all but name and represents the increasing monopolization of health care. In addition, the merger will further reduce access to end-of-life options and essential health care for women, despite the legal codification of abortion rights, birth control and death-with-dignity in the state.

Although CommonSpirit is a major presence in each of these markets, the care they offer to patients is limited by the Catholic Church’s “Ethical and Religious Directives” for medical care. These directives, which are written not by health care providers, but by the United States Conference of Catholic Bishops, restrict what services health care providers may offer even in life-or-death situations. The ERDs restrict the speech of their providers, barring them from even discussing care options that contradict the Church’s teachings.

The ERDs are a set of 77 proclamations that define what care can be offered and moral justifications for care that is not offered. The Catholic Church opposes abortion rights believing it to be a sin.

Young and Zimmers explained that the conversation around abortion often focuses on unwanted pregnancies in which the procedure is performed early in the first term. Discussed less often are how the Church’s doctrines affect women with complicated pregnancies, escalating a treatable condition to life-threatening gravity.

However, ERD 48 unequivocally declares that “[i]n case of extrauterine pregnancy, no intervention is morally licit which constitutes a direct abortion.”

Besides abortion, the Catholic Church is opposed to birth control, sterilization, in vitro, and other forms of family planning.

“[A] lot of people really focus on abortion, and they focus on end-of-life and, yes, both of those are prohibited by the ERDs. But what people don’t talk about is there’s a lot of other stuff that is not at the extreme end of the spectrum, that are also prohibited; birth control, in vitro, sterilization, all kinds of things that everyday people do want to have access to and they don’t understand that they won’t. And they won’t be told where to get it unless they know how to ask. Then they’re told that it’s out of network and they can’t afford it.” — Susan Young

It should be noted that the United States Conference of Catholic Bishops, the body that wrote the Ethical and Religious Directives, is composed entirely of men who have sworn a vow of celibacy.

“Right now, on the Kitsap peninsula, there is no unaffiliated hospital. If you have an emergency, the closest secular hospitals are General Hospital or — for now — Virginia Mason, but if Virginia Mason goes away, then you’ll have to go to Harborview or UW [University of Washington] at the campus.” — Susan Young

In Washington,  both abortion and death-with-dignity are rights that have been affirmed and expanded upon by voters, the legislature and the courts. The predominance of Catholic health care in Washington limits the care available by its own market dominance. The ERDs limit care further because they are applied to clinics and providers who are independent of the Catholic hospital, but partner for referrals or admitting privileges.

In full, ERD 70 says, “Catholic health care organizations are not permitted to engage in immediate material cooperation in actions that are intrinsically immoral, such as abortion, euthanasia, assisted suicide, and direct sterilization.”

Further, ERD 73 says, “Before affiliating with a health care entity that permits immoral procedures, a Catholic institution must ensure that neither its administrators nor its employees will manage, carry out, assist in carrying out, make its facilities available for, make referrals for, or benefit from the revenue generated by immoral procedures.”

“What they’re promoting with Virginia Mason is — based-upon the fact they’ve gotten a lot of pushback with other mergers — they’re saying, ‘Well it’s not going to be a Catholic hospital. It’s just going to be a hospital that is affiliated with CHI Franciscan.’ What they are failing to mention is that in their Ethical and Religious Directives — which is really the basis of our objection to the merger — it says very clearly […] that any hospital affiliated with a Catholic health care group — regardless of what the status is — is bound to all of the Ethical and Religious Directives, not just the ones that they cherry-pick.” — Susan Young

Taken together, these directives mean that any independent clinic or provider faces a stark choice: either follow the ERDs or be denied referrals and thereby lose patients and money. Describing this, Carolynn Zimmers said: “Along with local hospitals being taken over, local doctors and local specialty practices are being coerced into being part of the system by subtle threats that they will not be directed business by the hospital.”

That a majority of hospital beds in a state or county can be controlled by a Catholic company thus effectively enforcing religious prohibitions on safe and legal medical procedures is emblematic of a society in which healthcare is a commodity instead of a human right. Even though the voters of Washington state have made it clear that abortion, birth control and the right to make end-of-life decisions should be protected, what ultimately can impact these rights are who owns and controls the medical facilities. As long as healthcare can be privately controlled, the rights of people to access needed care is at risk. 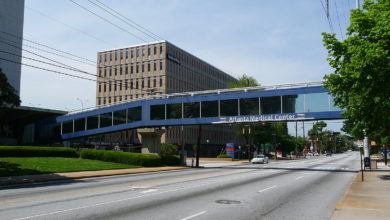 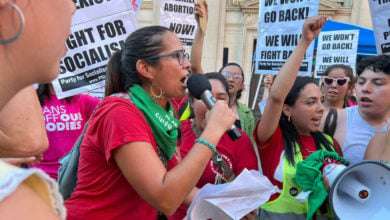