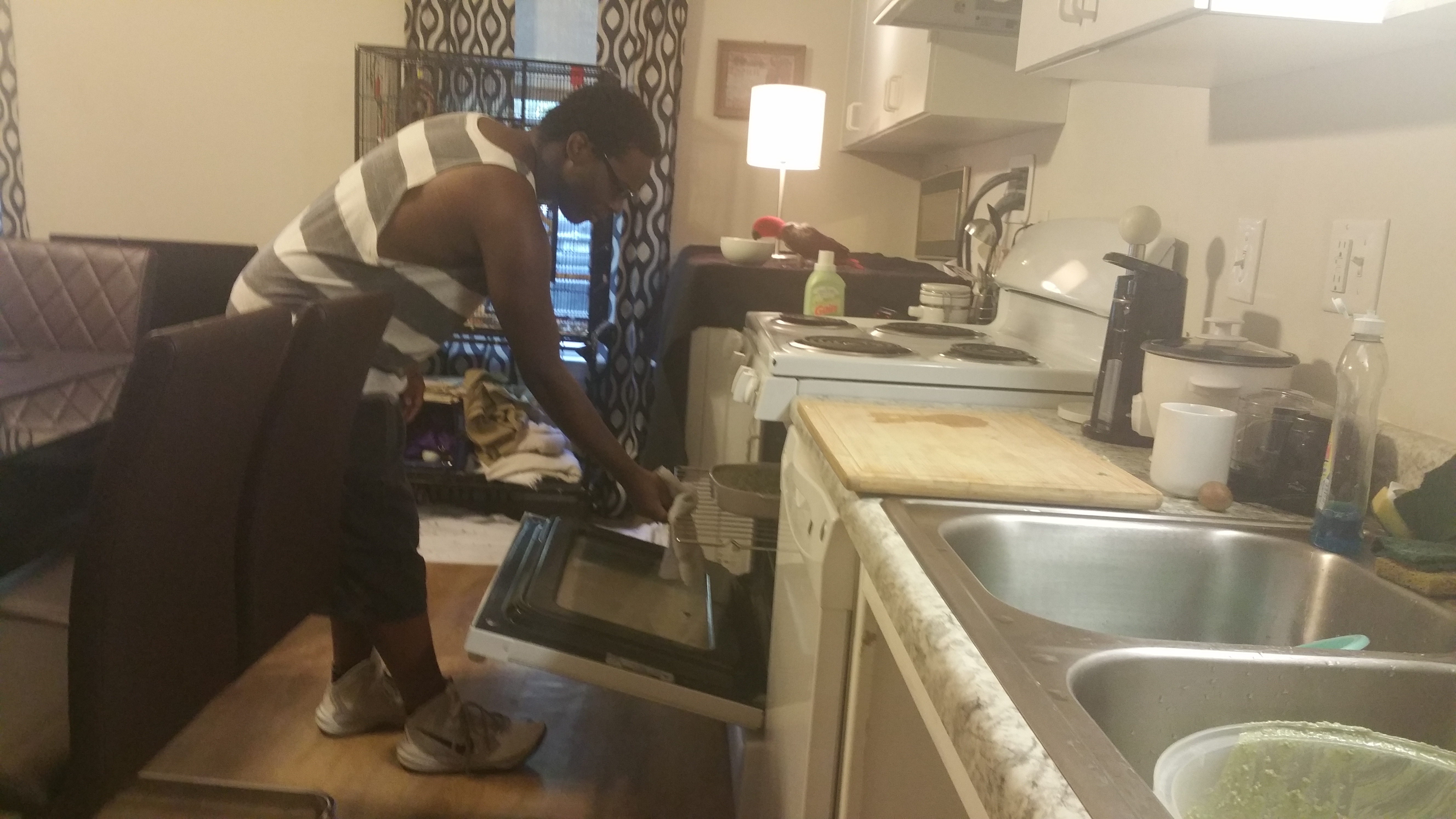 The potential for building solidarity doesn’t only come from organizing a demonstration or protest. Solidarity can be a story of  people, ordinary working-class, oppressed and revolutionary people, who take care of one another. My friends and neighbors here in Baton Rouge have come to take care of me during my illness, even though I have not received disability benefits and I have been denied every service including Medicaid assistant, in-home physical therapy, and food after I was denied food stamps and appealed four times finally winning the full benefit.

I had been traveling to and doing political work in Baton Rouge for 14 years. In 2016, I was charged with the task to get the PSL’s candidates on the ballot in the state of Louisiana and oversee the process. This activity coincided with the execution of Alton Sterling and the unbelievable repression which the people of Baton Rouge stood up to in the aftermath. Our own presidential candidate Gloria La Riva was arrested while documenting the heavily-armed police storm-trooping towards a community demonstration.

The strength of the people in Louisiana has always drawn me, which is why I decided to move here permanently.

Those plans were derailed first by the flood of Baton Rouge in 2016 and then by the onset of my illness, a neurological condition. By February, I had to leave a job because I was unable to do it physically and I was not offered any accommodations.

Even though I am now unable to do many things that I need to do just to get through the day, people who I barely know, who have so many other burdens to bear, take time out of their day to take out my garbage or carry my groceries upstairs, or just come by to make sure I am okay.

If you were to look at me and know that I taught college for 12 years, you might assume that my milieu is well-resourced and could easily take on this additional task. However, I have been unemployed for four years and those who have come to help me have mostly been Black and/or very poor.

Help from the most oppressed

In my old apartment, my neighbors carried things up and down the stairs for me because I couldn’t do it by myself — one was a trucker from Michigan. Being from up North, he would sit in front of his apartment with a cold beer as if he was at some beach resort and the locals often laughed, but were immediately his friend as well.

A young man on the second floor carried my laundry downstairs one day. His girlfriend came out to walk the dog and I laughed so much that day because she thought the bag of laundry was a bag of crawfish that we were going to boil in front of the building.

Another neighbor who had cancer, whose daughter has cancer too, knocked on my door to see if I was hungry because they just bought some roast beef with their food stamps.

Fortunately, I have since been moved to a disabled accessible apartment and the barrier of going home or going out has been lessened.

The excitement about moving to the accessible apartment quickly became a huge organizational task because I was unable to pack or carry things downstairs. I was moved by six young Black men ages 19 to 34 all from the South, three of whom I didn’t know and are now part of my “family” in Louisiana.

Heroes in the Deep South are raised in a collectivist culture of survival. Professors tell me local students are reticent to shout out the right answer, preferring to pull up their peers who are behind. Some of these men are so modest they won’t let me print their name because they believe in a world where the sick and the elderly should be served first.

One of the young men is a caretaker of his relatives. Another is a youth leader from Baker, La. who now attends Southern University. Another one couldn’t come to help one time because his aunt had died that week. He called me to tell me that he was sorry instead of the other way around. One young Black woman who struggles to feed her children offered to send more volunteers to help me.

You wouldn’t immediately take note of these stories if you only believe the bourgeois media narrative as young Black men are only mentioned in the context of being scary criminals. In fact, there is a defacto open season on young Black men by the racist cops. Never is mentioned the tenderness in helping a sick middle-aged white man in and out of the shower saying: “I gotcha” then checking if I had enough groceries late after finishing school work.

My friend Matt from the white neighborhood just across the way (that looks just as poor as any poor neighborhood in the Deep South or really almost anywhere in the world) furnished my apartment with things he found on the street and rebuilt. I think at times I had enough to buy him a soda. Really he’s a car mechanic — despite the deep racism, poor whites like Matt find ways to connect with other oppressed people. He was apprenticed by a Black man learning how to fix cars, but he can’t find a job. If you saw the apartment that I live in and what he’s done, you would understand why I call him the Director of Production.

My friend Yalanda Gilmore cares for her two daughters, one with sickle cell and the other who had a stroke in her twenties. Yalanda lost her home in the flood of Baton Rouge in 2016 and had to sleep in a car and then a friend’s house, yet still finds time to check in with me since the day we met in the mud in front of Parish Prison trying to bail people out after 200 were arrested for calling for justice in actions that erupted all over the city.

How could anyone doubt multinational working-class solidarity?

Liberals divide up the country between red states and blue states and condemn people in Louisiana for backwardness — but these are the people that I know here.

Mind you, I’m the grandson of a union organizer. I grew up in a blue collar home with union benefits, but compared to anyone in Baton Rouge who has lent me a hand, I had significant privilege.

My dad’s 8th grade education allowed him to buy an acre lot in one of the wealthiest counties in the United States, although it was in the 70s in a working-class part of town before the rich really began to take over the real estate.

How does socialism treat ill and disabled people?

Maybe I eat too much, but after food stamps and the food bank I find one week left each month when it gets hard to fill up. In socialist Cuba, the elderly and the sick get more food than the general population, a practice continued through the Special Period when the tiny country lost 80 percent of their trade after the collapse of the Soviet Union. When I visited Cuba in 1990, people living with HIV told me that they ate better than anybody else in the country and that the people wanted it that way so they could get better.

As far as I can see it, people in revolutionary Cuba are no different from the people here in Baton Rouge.

I’ve always been a very independent person from early childhood. The pain I go through having to ask my comrades and friends for money or for help makes me feel like I’ve lost part of myself sometimes. This is money for themselves and their families, it’s money for the struggle. It’s their time when the capitalist makes ever more demands on working people. Yet I’m glad I get to experience the love of an ordinarily wonderful group of revolutionary and working people.

My desire to recover from this illness has multiplied many times confirming the reason why I wanted to come Baton Rouge in the first place. There’s going to be a new type of solidarity that’s so strong and so deep that racist demagogues like Trump and others of his ilk will run and hide from the strength of the people. 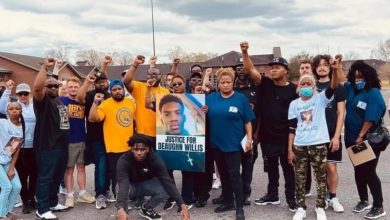 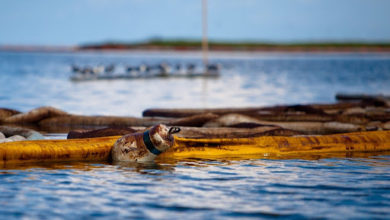 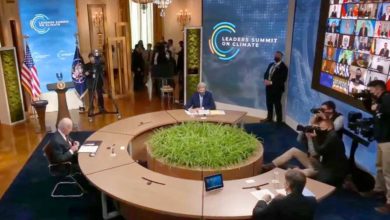 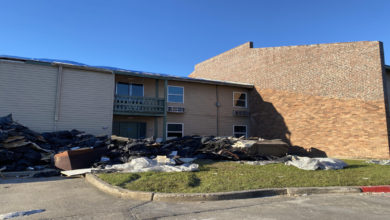