Righteous anger has erupted in Ferguson and St. Louis after the sham grand jury called for no indictment of Darren Wilson for the murder of Mike Brown.

As St. Louis County prosecutor Robert McCulloch was announcing there would be no indictment, thousands were already gathered in New York City, Los Angeles, Washington, San Francisco, Oakland, Chicago, Philadelphia, Cleveland, Salt Lake City, Seattle and other towns. In New York, three bridges were shut down and Highway 580 was closed in Oakland.

In Ferguson and neighboring suburbs, people and cars instantly filled the streets of W. Florissant Avenue, the center of protests since August. People expressed their anguish, grief and rage, their slim hope for justice bitterly crushed by the racist charade of the “investigation.”

In a coordinated plan, the police initiated massive tear gas attacks scattering demonstrators. Many fled to what they hoped were safe sanctuaries. Others stayed in the streets. Fires were set and gunfire was heard. Some witnesses said that some police were shooting into the air.

Hundreds of people had gathered for hours in front of the Ferguson police station and heard McCulloch’s announcement on the radio. The Black community has demanded McCulloch’s resignation for months for refusing to indict Wilson. Tonight his claim that sufficient evidence did not exist was especially infuriating.

In reality, McCulloch before and since his convening of a grand jury has acted all along as the prosecutor of Mike Brown and defender of Wilson, no matter the cost.

Darren Wilson did not file a police report about the incident immediately after he shot the unarmed teenager eight times, twice to the head. This allowed Wilson time to fabricate a story months later for the grand jury and after other evidence and witness testimony became public in the media.

The way that McCulloch quoted different grand jury witnesses on the position of Mike Brown’s hands at the time of his death shows how outrageous his role has been. It is reminiscent of Rodney King’s case, when King was being savagely beaten by several cops, lying on the ground. When he raised his arm to shield his head, the Los Angeles cops described it as threatening.

Besides losing her beloved son, Leslie McSpadden along with his stepfather, Mike Brown Sr., and family members—have had to endure the racist demonization of young Mike by city and county officials to justify his murder. Tonight she sobbed uncontrollably after hearing the cynical news.

From the very beginning, city, county and state officials have gone to extreme lengths to protect Wilson and make sure he would not be indicted.

Millions of dollars in militarized equipment, in police and National Guard deployments, wave after wave of cop violence against protesters, unlimited resources of repression—all to crush the mass movement for justice.

A few minutes later, young Brown was walking home when he was attacked and shot dead by Wilson.

The video was of course meant to imply that Mike Brown deserved to be assaulted by Wilson.

The police admitted at the time that Darren Wilson did not know of that minor store incident when he accosted and then shot the youth.

But in an astounding display of perjury before the grand jury, Wilson’s testimony wove the store incident into his suspicion of Mike Brown. Again, this changed story was possible because Darren Wilson was not required to file an incident report at the time of the killing.

The grand jury was convened in a highly unusual, unprecedented manner, with St. Louis prosecutor Robert McCulloch refusing to make a recommendation for indictment, instead leaving it up to the grand jury “to decide.”

St. Louis University law professor Susan McGraugh spoke to filmmaker Phillip Johnson about the highly unusual nature of McCulloch’s conduct in this case. This is, she explains “a strange situation because Bob McCulloch is using a process he has never used before, which is to present all of the evidence to the jury and to let them choose. In a normal grand jury, the prosecutor would decide what degree of homicide they were looking at, and they would present the evidence with an eye on getting a certain charge.”

In a grand jury, there is no cross-examination of witnesses to test their testimony. Witnesses’ identities are secret and the public is denied the right to know who testified. Thus, testimony can be given with no challenge from an opposing side.

That is evident in a quick review of the transcript. The most that the jury members did was ask questions, to clarify more detail. But there was no challenge to the veracity of any witness. McCulloch conveniently abandoned his role as prosecutor.

Early on, Dr. Michael Baden, an experienced medical examiner hired by the Brown family to conduct an independent autopsy, declared that a grand jury was not necessary, that the bullet wounds to Mike Brown’s body, especially two shots to his head, were enough evidence to indict Wilson.

But Baden was called to testify only near the end of the grand jury process, almost as an afterthought.

The release of the grand jury transcript, meant to exonerate Wilson’s actions as justified because he “feared for his life,” reveals an utterly racist and outrageous narrative by Wilson. His extremely detailed version is an obvious fabrication, for an assault on Mike Brown that lasted less than two minutes.

Wilson’s testimony is full of racist and outrageous descriptions of young Mike Brown, portraying him as huge and menacing. The officer, who is over six feet tall and weighs more than 200 pounds, said: “And when I grabbed him, the only way I can describe it is I felt like a five-year-old holding onto Hulk Hogan. …The only way I can describe it, it looks like a demon, that’s how angry he looked … it looked like he was almost bulking up to run through the shots, like it was making him mad that I’m shooting at him.”

It is sickening to read and to know that Wilson could get away with this racist attitude that began with his accosting two young Black men and gunning down with multiple bullets one of them within seconds.

For more than 100 days, the Black community and supporters marched and rallied day after day, demanding the indictment of Ferguson cop Darren Wilson.

Before Mike Brown’s murder, hundreds of young Black and Latino men have been gunned down. With few exceptions, most have passed unnoticed by the world.

The difference in Ferguson is a massive rebellion that broke out immediately and has been sustained for more than 100 days: A whole community behind Mike Brown’s family relentlessly marched and rallied.

It was obvious all along that the three-month grand jury investigation was a sham, but the final outcome stings all the same.

Struggle in Ferguson far from over

Mike Brown’s death has inspired a powerful resistance in Ferguson that is far from over. His tragic murder, like that of Akai Kareem Gurley in Brooklyn, Tamir Rice in Cleveland, Andy López in Santa Rosa, Ezell Ford in Santa Rosa, Eric Garner in Staten Island, Alan Gómez and James Boyd in Albuquerque, and hundreds of others gunned down by police, is an indictment of the racist capitalist system and its police state apparatus that criminalizes Black, Latino and other working-class youth. 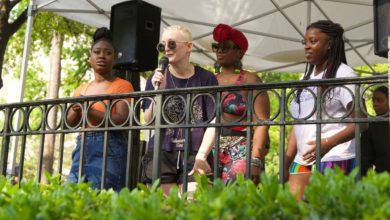