Jennifer Granholm, the secretary for the U.S. Department of Energy, visited the site on April 21 to assess the possibility of moving the storage elsewhere — a process they say can take eight years. Following decades of community struggle, the San Onofre nuclear reactors were shut down in 2013 after a radiation leak led to the discovery of hundreds of damaged tubes inside steam generators. Prior to the closure, federal regulators already cited Southern California Edison – the primary owner of the San Onofre Nuclear Generating Station – for several safety issues, such as falsified firewatch records and leaking radioactive waste.

Despite permanent closure, the San Onofre Nuclear Generating Station continues to discharge nuclear waste into the ocean water. Government officials and Edison say the levels of radiation released are low, but refrain from using the word “safe” to describe the radiation levels.

It’s clear why local and federal officials are for the most part quiet or indifferent about San Onofre’s nuclear waste: When the community is informed about nuclear waste being stored on their beaches within miles of their community, it sparks outrage.

Anti-nuclear protests rocked San Onofre in 1977 when a thousand demonstrators marched on the nuclear generation station while the second and third reactor units were under construction. In response to the infamous Three Mile Island incident, after a partial meltdown at a nuclear reactor in Pennsylvania, 15,000 people gathered in San Onofre for an anti-nuclear rally organized by the Southern California Alliance for Survival in June 1980.

On March 11, 2012, over 200 people gathered to demand the permanent closure of the San Onofre Nuclear Generating Station. Activists held the action to commemorate the one-year anniversary of the Fukushima Daiichi nuclear disaster and build unity between the struggles in Okuma and San Onofre.

Corruption leaves taxpayers to cover the cost of closure

Southern California Edison met some demands of activists when they announced the permanent closure of the plant in 2013. This went against Edison’s previous plan to simply reduce the capacity of the facility.

So, why the change of heart? Aside from community outrage, it appears Edison found a way to soften the economic blow they anticipated from the closure of the plant.

In 2015, then California state attorney general Kamala Harris opened an investigation into San Diego Gas and Electric, Southern California Edison and the Office of Ratepayer Advocates. State investigators found handwritten notes in the home of California utility regulator Michael Peevey. The notes revealed Peevey met with an Edison executive in Poland, where they negotiated the terms of the San Onofre settlement that left San Diego taxpayers to cover the $5.1 billion to close the plant. The investigation closed when Kamala Harris announced her run for U.S. Senate.

Liberation News spoke with Emily Von Gerichten, a north San Diego County resident and environmental science worker. Von Gerichten said, “Putting the cost of the plant’s closure onto San Diego taxpayers is a transparent attempt by Edison to avoid taking accountability for the damage done to the surrounding environment during its operation.”

Von Gerichten added that this also allows Edison to evade responsibility for “the current health risk posed to people across San Diego County from the storage of that nuclear waste.”

While officials like secretary Jennifer Granholm de-nuclearize San Onofre at their own pace and convenience, there is a very real possibility of a nuclear disaster. That means the community will continue to fight back and demand the waste’s immediate removal. 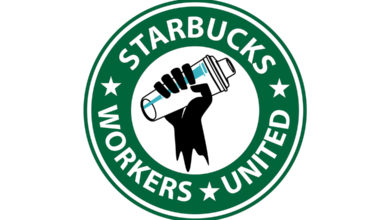