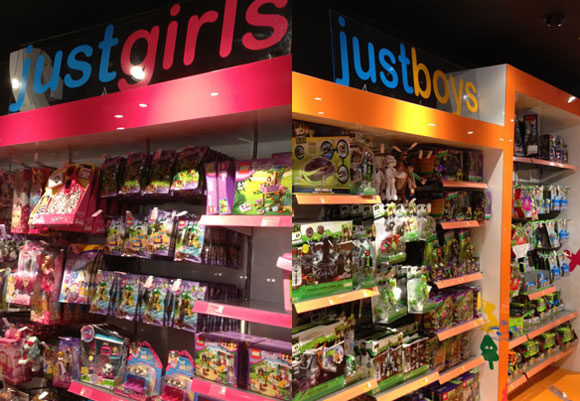 The writer is a programmer working in marketing.

I’m one of the few exceptions of a student who got a job right after graduating from college. My first day of work started immediately after finishing my last exam. I had no experience and no education relating to the field I was entering. It’s actually daunting that I now have three years of experience as a software developer for market research.

The projects that I work on are given to me after going through the many hands of other companies. The process of collecting marketing data starts with the capitalists who decide who they want to sell their product to. They come up with an assumption relating to what demographic they think will buy their products, then pass that assumption down to advertisers, who then pass it down to several other groups. There are many hands that take this assumption, mold it in a way that makes sense to them and that they think the capitalists will like. Then they pass the assumptions down to the market researchers.

Everyone involved is trying to find a way to target a group to whom they think they can sell their product with the intention of making the most money. My job is to program, not to question how the product I’m programming got to its final draft. I still see the long list of correspondence in my email, which is how I know so many different companies and people are involved. It is a long line of reducing people to very basic, arbitrary stereotypes about what they are supposed to need and want.

I write the software that collects the data for the market researchers. Usually the data is collected in a survey that is given to a group of people we call the “respondents.” The respondents fill out the survey and their answers either get collected or thrown out, which is what we call “terminated.” The only reason we collect their answers is if the researchers think their clients would be interested in the data. The interest stems from who the capitalists want to buy their products, and that’s always who they think they can make the most money from.

Discrimination and stereotyping are foundation of marketing

Discrimination and stereotyping powers marketing, and in a way, is the foundation of what produces profits for capitalism. There is a lot of money involved in what I do, though since I’m the last in line for the process of collecting data, I personally don’t see these profits. Though, I do see how our culture is a symptom of capitalism. Capitalism structurally relies on the assumption that the dollar is driven by a need for people to fit into certain stereotypes, as well as shutting people out who don’t conform to these stereotypes.

The longer I’ve worked in market research, the more I’ve realized that capitalist society is set up in a way that is literally researched and constructed so that corporations can make the most profit. The advertisements you see in magazines, billboards, television, the Internet and malls are all purposefully placed in response to data collected from market researchers and sold to corporations so that they can influence you to buy their products. When I say “you,” I really mean the demographics that corporations are most interested in selling to. The demographics that are most frequently excluded are children, elderly people, people of color and LGBTQ people.

Age is one of the first boilerplate question surveys begin with and usually targets people over 18 and under retirement age. I can only guess that capitalists don’t think children or seniors are the big spenders. One of my recent projects was on children’s shows, and the target market was parents. The terminations were for respondents under 18 and over 60, which means that responses from children, parents under 18 and grandparents were thrown out. I’m sure there are parents under 18 that have children that watch those shows. There are also older parents and grandparents who play a key role in raising children. However, the research was specifically excluding those groups because they are thought to be disposable data.

“Race” is another boilerplate question that sometimes targets certain demographics. For example, I had multiple projects on hair care. One of the projects specifically targeted Caucasians, while the other targeted Black people. The terminating questions for each project changed depending on the demographic so that the respondents’ hair types matched the stereotypical differences between Black and white people’s hair. Respondents for the Black hair product had to describe their hair as either coarse, wiry or curly. If those respondents described their hair as fine, they were terminated, while the white respondents were terminated if they described their hair as coarse or curly.

Market research also relies on gender as a way to divide demographics and term respondents depending on what is being researched. In fact, most projects have quotas for how many men and women respondents they want to collect data on. Though, there are many projects that either exclude men or women. Trans and nonbinary people are not even considered as possible demographics.

Projects that exclude women play on stereotypes that I personally didn’t even think existed, such as certain snack foods and vacation packages. One snack food is a type of meat stick. The marketing surveys for which only takes men’s responses into consideration. The vacation package was for a golf resort. The research for which excludes all women as well as men who make under a certain amount of money. For whatever reason, the researchers didn’t think women would have enough interest in these products for them to profit from, though I don’t think research was ever collected to prove this assumption.

Market researchers believe all women are interested in makeup, tampons, cleaning supplies, underwear and dieting pills. Of course, these assumptions completely ignore the fact that gender isn’t binary and people don’t always fit into their expectations. Men do clean, women do like meat snacks and some men do need tampons. The gendering of these products is arbitrary, though it’s what makes market researchers profit. Moreover, capitalism structurally relies on stereotypical assumptions of certain demographics and shutting people out who don’t conform to those stereotypes.

Market researchers and their clients justify not including trans people as even a possibility for respondents by claiming the trans community is so small that the data collected would be insignificant. Thus, it’s not even a proposition to change the gender boilerplate question to include this group.

However, there is no reliable data from the United States census on how many people in the country are trans because of how dangerous it is to be out, so there is no incentive for market researchers or their clients to look into whether their products appeal to the trans community. Groups like Queer the Census are pushing to include more than two genders on the census, but until the census is changed no researchers will think to include nonbinary people. If the census changed to include the trans population and data showed that the trans population was big enough to profit from, then market research would be more interested in including them in their survey research. However, with no data there is no motivation to do this. These marketing trends create a vicious cycle. People who do not fit their demographics’ stereotypes are ignored in research and deeper research is not conducted to prove that the needs and preferences of people in all demographics vary widely, which results in limited marketing and accessibility and reinforcement of stereotypes.

We need a new system

However, if we look at the capitalist system as a whole, adjusting for the real diversity among consumers would not solve the problem of stereotypes. Marketing is still done with profit in mind, which means that the voices that matter to capitalists will be the voices of the highest bidders and the most easily generalizable groups. Marginalized demographics will always exist when profit is the central motivator. In order to eliminate marginalization in providing resources, they need to be provided on the basis of need rather than “demand” and stereotypes.

Under a system that values human need, instead of marketing to parents of a certain age group, programs and products could be made available to parents of all ages on demand. Instead of marketing a hygiene product exclusively to Black or white people, different hygiene products could be made available for people to choose from based on their personal needs rather than a capitalist’s assumptions. Instead of marketing arbitrarily to “men” and “women” to raise profits, people of all genders could have their needs met without gatekeeping or sexism.

But this fundamental change is only possible with the overthrow of capitalism and the removal of the profit motive.

Ageism, racism, and restrictive gender roles form a foundation for market research, which grows out of class society. The mass market system of capitalism is founded off of these arbitrary divisions and a complete transformation of their discriminatory strategies would lose them huge profits. Changing the demographics of interest is not enough. The productive forces and the way society make products available to people needs to change fundamentally to prioritize people’s needs rather than what makes the most money. As a worker in the belly of the beast of marketing, I can say for sure that capitalism is inherently exclusionary, no matter how many brackets you create to force people into. We need a new system and all victims of stereotyping—which include all people—have a stake in fighting for it.