It could be me or you: workers just an accident away from homelessness 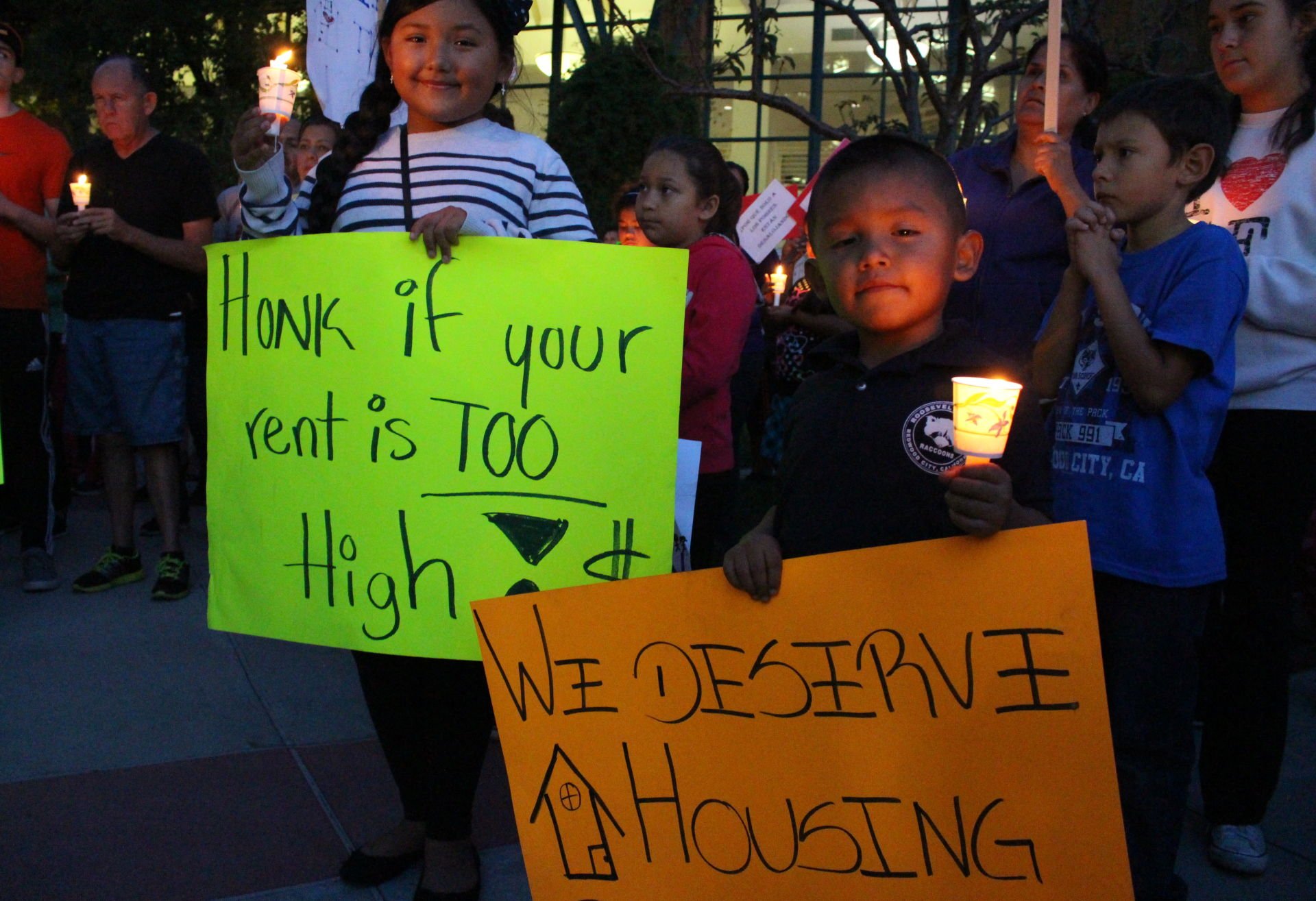 Lizette Garcia, 52, and her family, including two kids, endured the winter with a generator to keep warm and a propane grill to cook meals in their home in South Paterson, N.J. In April, the extreme cold had passed but the worst was yet to come: They were evicted.

Their homelessness was years in the making. A few years ago Lizette became disabled from a heart condition, and her income was limited to $1,300 a month. Her partner, Danny Ramos, who worked odd jobs, then became incapacitated when he hurt his back. Due to her disability check, Lizette and her family do not qualify for any other assistance. For the past two years, they have survived off charity.

Adding insult to injury, the day that they were evicted Lizette and her kids had to give up their two dogs, Maximus and Cinnamon. “They weren’t just dogs, they were family. They were my therapy pets,” Lizette told Liberation. Lizette suffers from anxiety and depression, and her dogs helped her cope with stress. The dogs are staying at an animal shelter in Paterson.

Lizette and her family currently sleep in the house of a good Samaritan who opened his home to them after reading her story in a local newspaper. Lizette has sought help from Paterson’s housing authorities, including a councilman, but to no avail. She says the councilman cruelly advised her to move out of the city if she wants help.

“We can’t get help, and we can’t go to a shelter here because they give priority to women victims of domestic violence,” said Lizette. “I am not going to lie to get help and I can’t relocate because my whole family is in Puerto Rico,” which remains devastated after last year’s hurricane.

One month in, homelessness is taking a toll on the family, especially on the children who have to go to school knowing that they have no secure home of their own to return to. “My daughter barely talks, and my son acts tough, but I know this is affecting him too,” Lizette said, with tears in her eyes.

The realities of eviction

The corporate media portrays stories like Lizette’s as a “human interest story,” as if it were an individual and exceptional tragedy. But her story is one of millions who are in the same position. Tens of millions of working-class families are just one accident away from it.

According to Mathew Desmond, author of “Evicted,” looked at evictions across 30 states and found that 6,300 people per day were evicted. One out of three New Jerseyans like Lizette are at or below the poverty line, and many of them are just a paycheck away from homelessness. The eviction rate is rising in New Jersey and many major cities across the country. While there is no database for eviction, it is estimated that 161,239 tenants and their families faced eviction in 2016 in New Jersey — one in six families. Essex County had the highest rate. This number excludes tenants that were served with an eviction notice and voluntarily moved out.

Tenants have few rights, and the courts usually favor landlords. A 2017 study found that 99 percent of tenants in New Jersey lacked legal representation in courts. This usually ended up with a judge approving the order for removal and tenants losing their case — a very direct demonstration of whose interest the state serves.

Eviction not only causes financial despair but it has profound psychological consequences such as depression and anxiety, especially for children. Housing provides stability, safety, and a sense of identity. When families are evicted, it throws their whole lives into disarray. Children often miss school and parents have to travel longer to get to work if they can keep employment. Families often move to substandard housings or shelters. This often means that families lose assistance such as food stamps and Medicaid coverage due to lack of a permanent address.

The national eviction phenomenon has persisted even while the economy “recovered” — which means that Wall Street returned to making record profits. This is the product of the capitalist system, not an exception to it. Stagnant wages coupled with ever-rising rent have have created a housing crisis that afflicts poor working people, and especially working-class women of color and other groups that are concentrated in low-wage work.

Housing is internationally recognized as a human right, along with food, health, and education. But none of these are truly guaranteed in the United States, despite being the wealthiest country in the world. Here they are not rights but products that have to be purchased.

The fight for fair, safe and decent housing is a crucial part of the workers’ struggle, and the battle for a new world that we all have a stake in. Lizette could be any of us — and her story is ours.