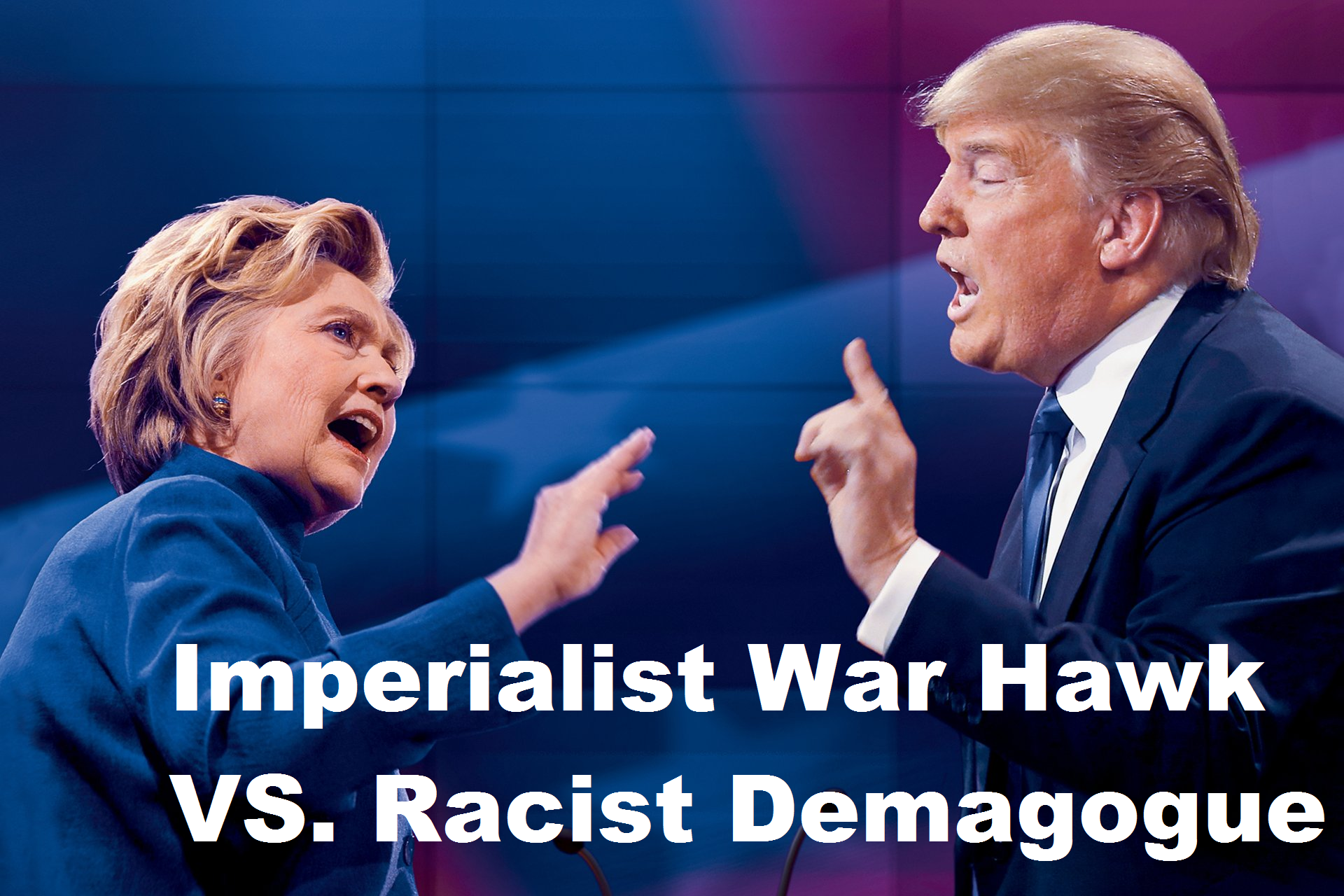 “It’s a blatant violation of our basic democratic rights,” said the socialist Presidential candidate Gloria La Riva speaking of her exclusion from the televised presidential debates. “The people are being forced to choose only between an imperialist war hawk and a racist demagogue.”

Tonight, Sept. 26th is the first of the live presidential debates between Hillary Clinton and Donald Trump. La Riva and her campaign will be Live Tweeting during the debates.

“While the U.S. touts itself as the bastion of democracy around the world, at home it hypocritically only allows the two major capitalist parties to participate in its political debates” continued La Riva. “The U.S.  government has deliberately suppressed socialist political movements like ours for over a century. The people can never have a legitimate democracy under capitalism.

“Under capitalism, banks, corporations and the super-rich dominate the major news outlets giving a handful of rich executives exclusive control over what information the roughly 330 million people in the United States receive. The presidential debates themselves are organized and owned by private corporations.”

La Riva concluded, “We call for a new socialist society where true education and access to information is available to all the people, where working and poor people have true political power. In the face of the corporate dominated political system we will continue to challenge the system and reach out to the people in a grassroots campaign and build a socialist movement.”