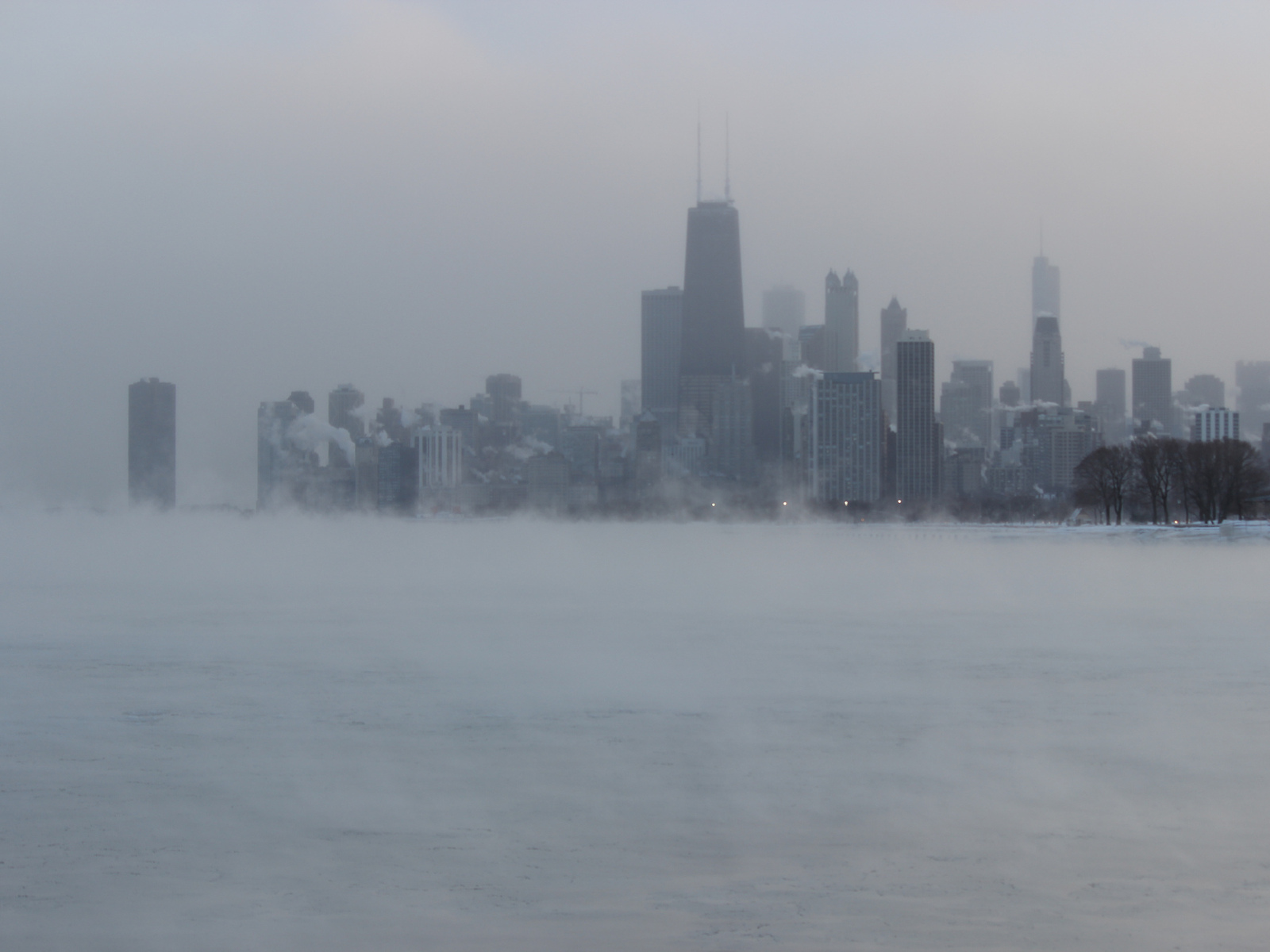 "Chicago during the Polar Vortex" by edward stojakovic, is licensed under CC BY 2.0. Cropped from the original.

A polar vortex covered much of the U.S. this week, resulting in dangerously cold temperatures that climate scientists say may be the result of climate change. The dangers of the cold are also amplified by the failure of capitalism to provide adequate warmth and shelter to tens of thousands of people. In Chicago alone, the Chicago Coalition for the Homeless reports that over 80,000 people are homeless.

As of Feb. 1, national media outlets have reported over a dozen deaths related to the extreme cold. In much of the Midwest, temperatures were below minus-15 degrees, with the wind chill in Iowa even reaching minus-50 degrees. In these conditions frost bite and hypothermia can occur within minutes.

Infrastructure has also suffered, with blackouts across parts of Illinois, Wisconsin, and Iowa being reported. In Michigan, the governor even asked residents to conserve heat after a fire at a natural gas facility created the possibility of a natural gas shortage.

Amazingly, there have been no reported deaths in Chicago due to the polar vortex. City officials, afraid of the likely backlash that often accompanies a failure to respond to weather related emergency in Chicago, opened libraries, police stations and hospitals as warming centers. Chicago city (CTA) buses operated as additional warming centers and emergency workers were mobilized to pick up anyone who called authorities or was found on the street.

The polar vortex exposed the irrationality and cruelty of the capitalist system and the racist gentrification that is creating a massive homeless crisis in cities big and small across the United States.

During the 2019 Freeze that lasted two and half days, the people of Chicago came together during the record low weather and showed what can happen when we unite to take care of each other. There’s no reason for anyone to go one day without a home in the United States. There is no reason for inclement weather to place thousands of people in such potentially dangerous life and death situations. We have the resources to eliminate poverty and homelessness and these types of situations show clearly that is possible to organize ourselves to get it done.

The extreme cold temperature is likely the result of human caused climate change. Inside Climate News has reported how some studies have found that increased global temperatures have caused a weakening in the jet stream, which normally keeps cold arctic air, the polar vortex, contained in the polar regions. As the jet stream weakens it can shift its direction, allowing the freezing arctic air to move over North America, Europe, or Asia where millions of people live. The result is that even as winters are becoming warmer on average, these extreme cold events are happening more often.

Extreme weather events are going to occur more often as global warming continues. Capitalist governments around the world have shown little interest in seriously confronting climate change and carbon emissions. The U.S. under Trump seems to have once again even taken up the position that global warming is not real. Only socialism, with its centralized planning of the economy provides the solution to the climate crisis, as it will allow a complete reorganization of how the economy functions.

Capitalism also means a large number of people do not have adequate protection during extreme cold. Because of racism, an essential component of this capitalist society, a majority of these people are Black. These people are the most at risk, as they are relying on the limited capacity of inadequate social welfare services, or the goodwill of people they know to stay out of the cold.

Even for people who can afford shelter, they are still at risk in their homes. The quality of rental housing is at the whims of a landlord, who often do not keep units up to a livable standard. The cost of electricity or natural gas is another burden on working people that they may not be able to afford. These utilities are also often controlled by private monopolies. The needs of working and oppressed people are less important today than the ability for capitalists to extract profit.

The cold the U.S. has faced this week is a grim example of how capitalism is creating extreme weather and leaving working and oppressed people to face the consequences. In order to both stop the degradation of our environment and best survive the weather catastrophes that are already happening, we need a system that prioritizes human life and welfare, not private profit. Only under socialism can we overcome the climate catastrophes that capitalism has created.