What happens when you put a group of disabled people and motivated counselors together influenced by the social movements and liberation struggles around them during the early 1970s? You get the story of the 2020 Oscar-nominated documentary Crip Camp. Released in March 2020 while much of the country was shut down due to COVID-19, the film never made it into theatres. Now streaming on Netflix and YouTube, viewing it is a good way to mark July 26, the 31st anniversary of the passing of the Americans with Disabilities Act.

Crip Camp captures a heroic and important part of the history of struggle. The documentary tells the story of how the interactions in the summer of 1972 at Camp Jened, a camp for disabled teens in the Catskills, New York, helped build the militant grass roots disability rights movement. Campers are shown in footage shot at Camp Jened in 1972 by the People’s Video Theatre, over the years as activists and leaders in disabled rights protests, and in recent interviews.

The spirit to change society to meet people’s needs certainly influenced the spirit of Camp Jened, as represented in the opening song “Freedom” with beautiful footage of campers dancing. Camper after camper describes the freedom they experienced in the camp to roll wherever they wanted, to break out of isolation and meet other similar teens, and to see what could be possible. This issue of rights and accessibility is transformational for people with disabilities who often are very isolated.

“If you’re a disabled person and you happen to have a passive nature about you, you’re really screwed,” says Steve Hoffman (1950-2017), a camper with cerebral palsy, in a group discussion. Hoffman himself is far from passive. His prophetic words set the stage for video footage at important actions where the strength and determination of disabled people was apparent. This includes using wheelchairs to shut down the streets of New York City in 1972 after President Richard Nixon vetoed Section 504 of the Rehabilitation Act, and a 25-day sit-in and occupation of the San Francisco offices of the Secretary of Health Education and Welfare in 1977, the longest-ever occupation of a federal building.

There is also footage of the dramatic May 13, 1990 march in Washington and the “Capitol Crawl” action during which 60 disabled people, including many from Camp Jened, cast away their wheelchairs and assistive devices to crawl up the steps of the Capitol building to demand rights. This culminated in the passage of the Americans with Disabilities Act in 1990. The other struggle that made gains that same year was the passage of the Ryan White Act, essentially setting up an entire system to serve people with HIV.

There are many triumphs in the documentary, personal as well as political. Speaking today, camper Denise Sherer Jacobson, with cerebral palsy, said she went to the doctor with abdominal pain and a surgeon made a decision to remove what turned out to be a perfectly healthy appendix rather than examine her for an STD that was actually causing the problem, assuming that she was not sexually active. Later, Jacobson received a master’s degree in human sexuality. It gets better. We see her wearing a t-shirt that proclaims, “Behind this t-shirt lies a sensuous woman smashing stereotypes.”

There are a number of gems in the documentary. A discussion between Denise and and Neil Jacobson about systems of hierarchy of oppression based on disability or oppression points is thought to be ridiculous by campers, and ends in roaring laughter.

Lionel Je’ Woodyard  K’Nex, one of the camp counselors, tells his story: “I grew up in Mobile, Alabama. And I saw a sign that said, ‘Camp summer jobs, New York.’ I didn’t know anyone disabled.” He relates his experience with racism being part of the Civil Rights Movement, experiences he brought to the camp.

The documentary certainly provides enough information on the horrendous conditions that both children and adults with disabilities have endured. The exposure footage of the conditions for people with disabilities warehoused in Willowbrook State School in New York City at that time is shocking, but in many ways it mirrors the conditions that still exist today in some nursing facilities and other institutions under capitalism where the primary motive is not to give good care but cutting corners on care to extract profit. Stories of the spread of COVID-19 in such places show the tip of the iceberg of neglect and understaffing.

The conclusion of the documentary may be confusing to some, who might think the Democrats saved the day, which is not true at all. In the film, numerous politicians disrespect and disregard  the civil rights of people with disabilities, and consider them not worth the money needed  to provide access. It was only after years of protests, and after they finally got national publicity, that some Democrats did give support.

Nobody could recall Democrats bringing three meals a day when people sat in at government offices in 1977 and needed food. It was the Black Panther Party that did that. In fact, K’Nex recalls that it was Brad Lomax, a wheelchair-using Black Panther who could barely speak, yet made it clear during the sit-in that he wanted everyone to get in touch with the Black Panther Party.  Active solidarity came from trade unions and the LGBTQ community and others on the grass roots level, not the Democratic Party.

If you notice the credits, you’ll see that the Barak and Michelle Obamas are among the executive producers through Higher Ground Productions. However, Obama, just like every other U.S. president, is responsible for disabling people through war injuries and through sanctions. Thirty-plus countries are currently under U.S. sanctions, many for many decades, adversly impacting those with disabilities and many other groups. Just a cursory examination reveals the U.S. war on Cambodia caused the highest number of amputees per capita due to war.

To really be liberated, access can’t stop at the border. We must be internationalist in spirit and deed. This includes supporting the advances of people with disabilities in other countries. For example, the 1979 Sandinista Revolution in Nicaragua prioritized and planned to make the country more accessible for the disabled even with so few resources and a counter revolutionary war funded by the U.S. It was during this time that the government brought together deaf people from all over the country who developed a sign language which is now used by the deaf in Nicaragua.

It’s the strength of our movement that has created opportunities and pushed politicians to come out in defense of rights for people with disabilities. Judy Heumann, one of the campers and an initiator of the Independent Living Movement, organizes and inspires. She said, “We will not accept ‘no’ without explaining why. If you don’t demand what you believe in for yourself you’re not going to get it.” She was appointed assistant Secretary of Education for special education and rehabilitative services under Obama.

Winning reforms can be lifesaving for the disabled but the documentary makes clear that the fight remains to protect and defend these reforms and extend their implementation.

The film is a winner in terms of revolutionary optimism. Crip Camp had it right. First you bring together oppressed people then you overcome fear and begin to organize. Next steps include stopping U.S wars, and then reorganizing society to get and permanently secure access for all. 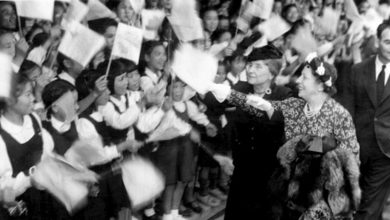 Helen Keller a socialist? Who knew! 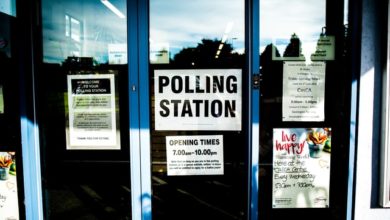 Tens of millions locked out of U.S. “democracy” 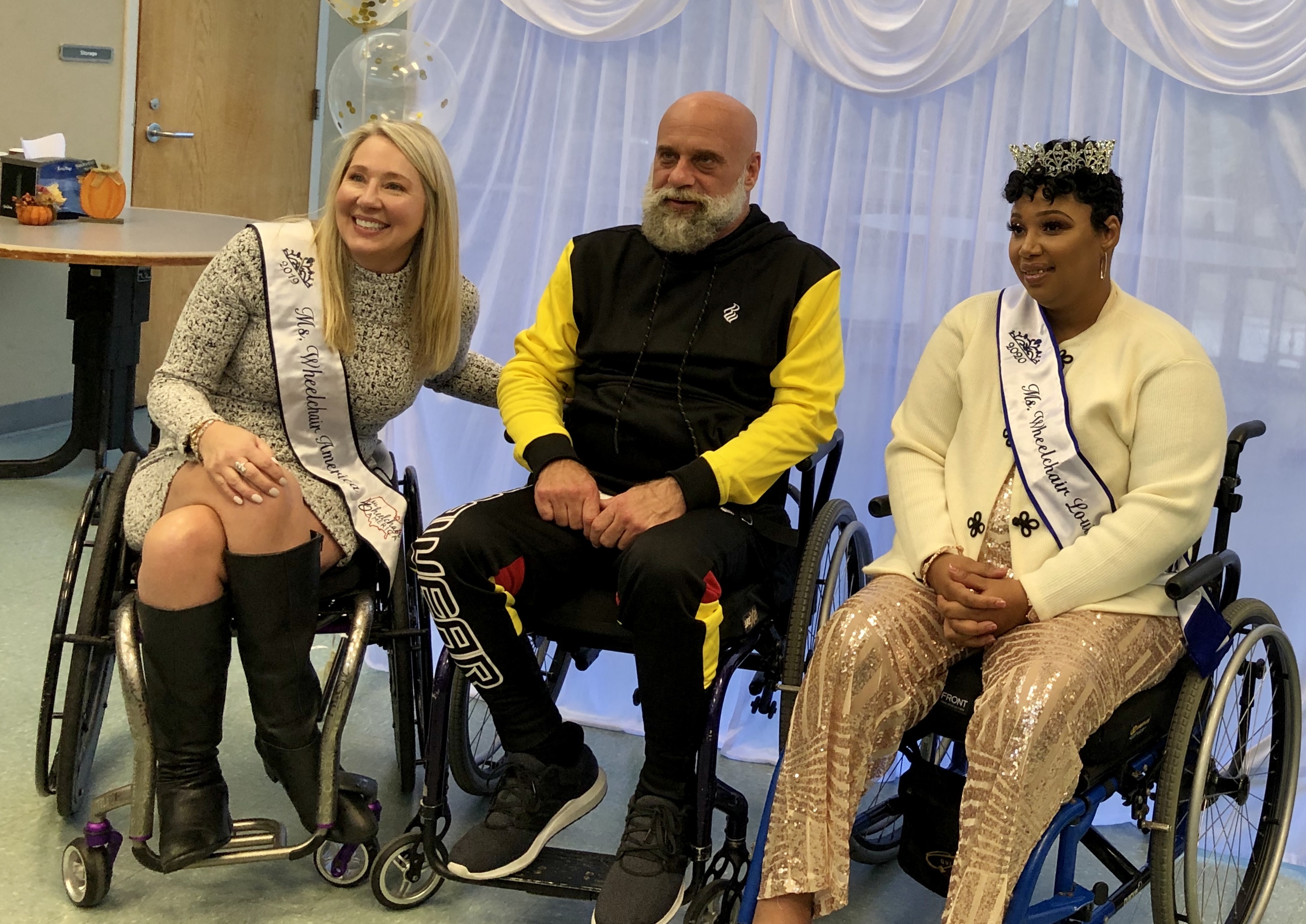 Ms. Wheelchair: People listen ‘when you wear a crown and sash’ 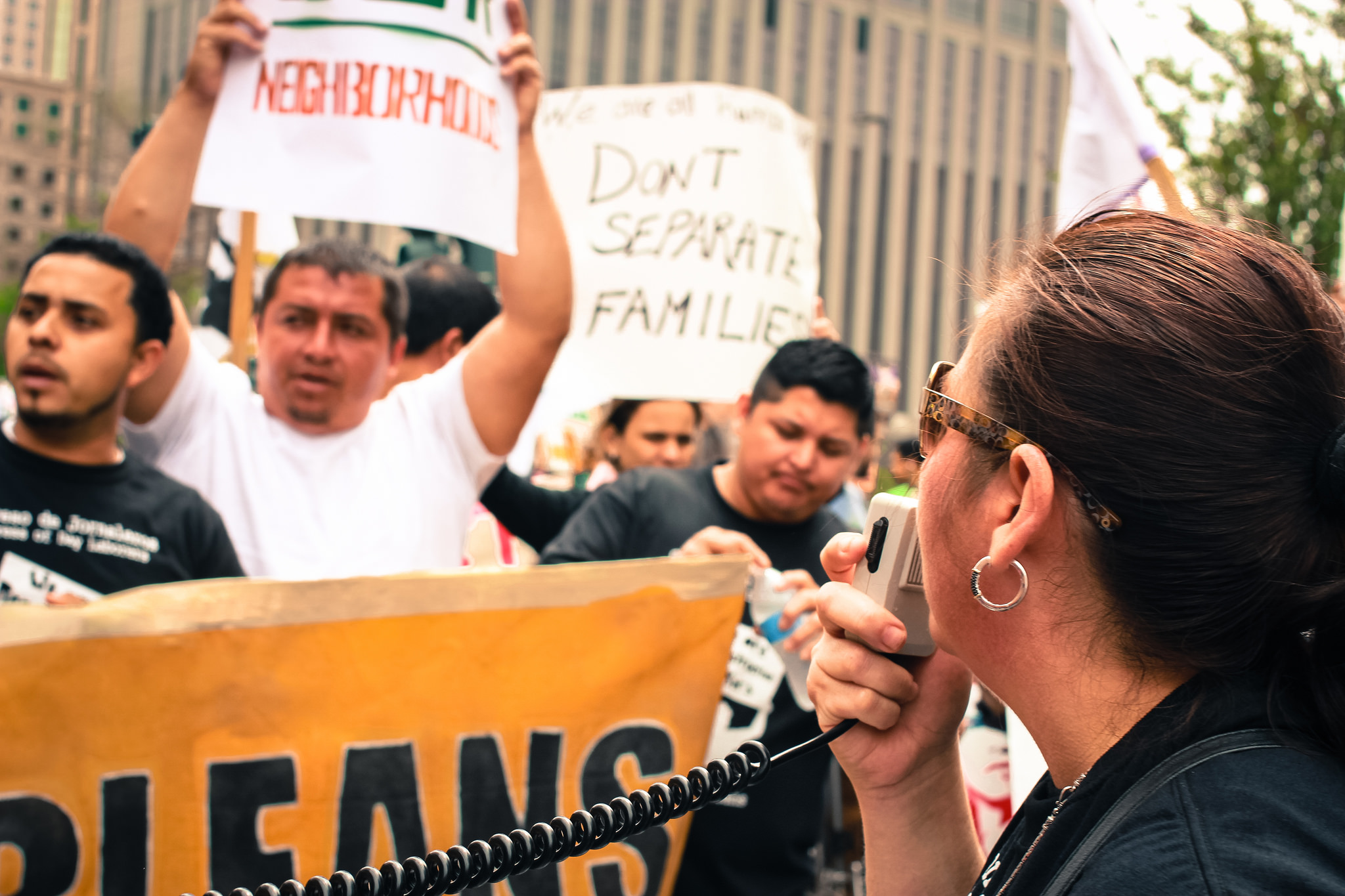