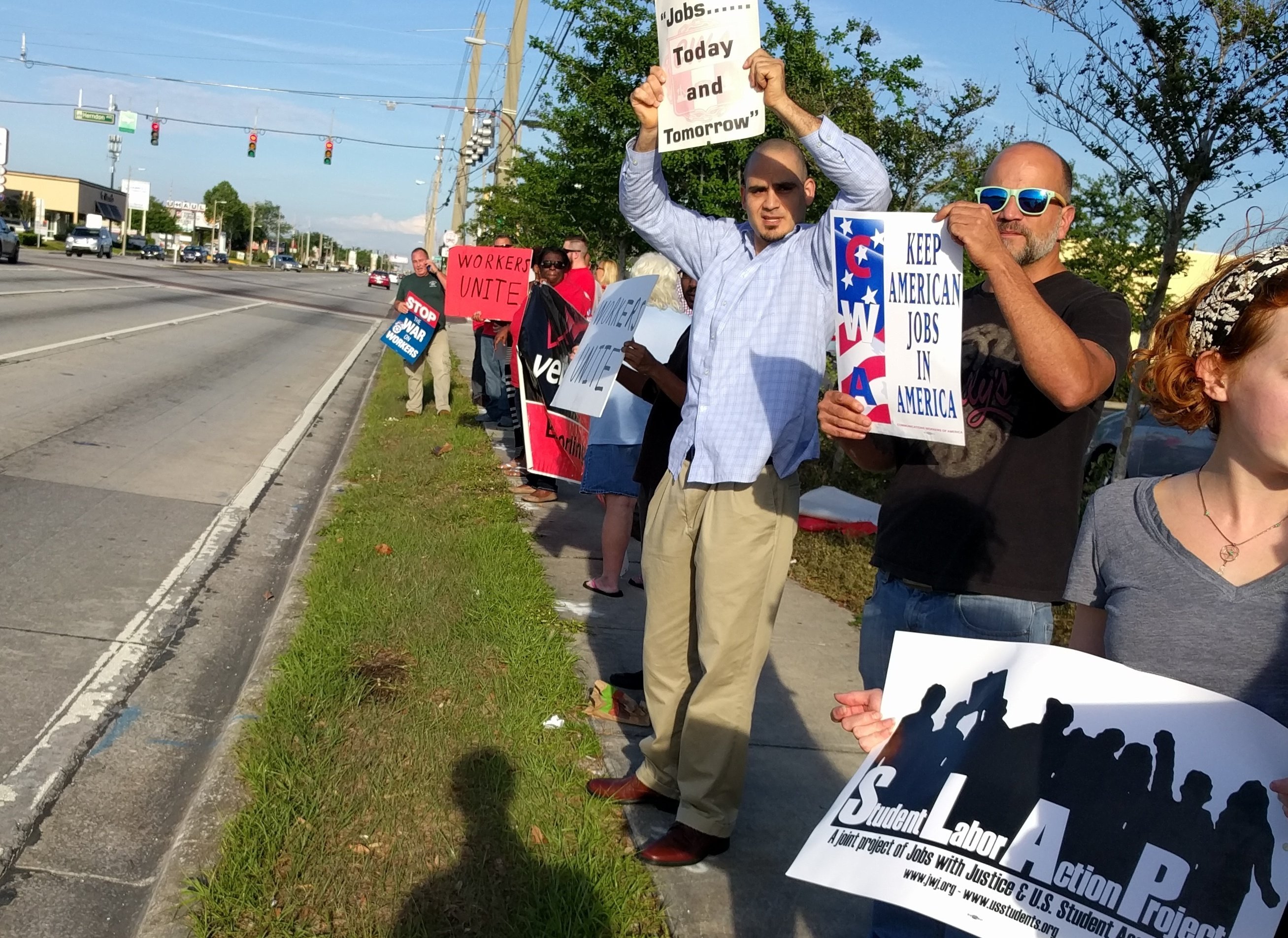 On April 21, the Communication Workers Alliance, Industrial Workers of the World and Students for Labor Action Project protested outside the Verizon store across from the Fashion Square Mall on East Colonial Drive in Orlando, Fl.

After ten months of negotiation, Verizon still has not put pen to paper on an agreement between the CWA and the largest broadband and telecommunications giant. As a result, the CWA and its 40,000 workers are on strike. Verizon is demanding healthcare cuts for their retirees, outsourced (read: low wage) labor, and the ability to force workers to take out-of- town assignments for more than two months at a time. You can read more about the fight here.

At the protest, the CWA was legally shoehorned onto the sidewalk, as they could be arrested for entering the store itself. Community supporters who were not part of the CWA decided to deliver a letter on behalf of the workers into the hands of the store’s manager. The situation was tense from the moment we walked in. First, the manager tried to get labor activists, many of whom were IWW members, to admit they were CWA members. He told us all to leave and threatened to call the cops. The protesters refused to
leave and were willing to get arrested. However, the letter was delivered and the point made so protesters turned their attention to the scabs (rather than incur bail and court fees to purchase the free speech Verizon gets as part of the capitalist system).

Outside protesters engaged in some verbal volleyball with the scabs who had crossed the picket line to lick their boss’s boots. The scabs claimed that we were causing them to lose money; the the union and community alliance outside insisted that we were fighting for better conditions.

Perhaps the most disgusting comment came from one of the scabs who told a SLAP protester: “I don’t need higher wages. I have a 2015 Audi and a new Jeep. I make more than you, hun,” with a smug smile. However, this reporter searched for but did not find either a new Audi or Jeep in the parking lot.