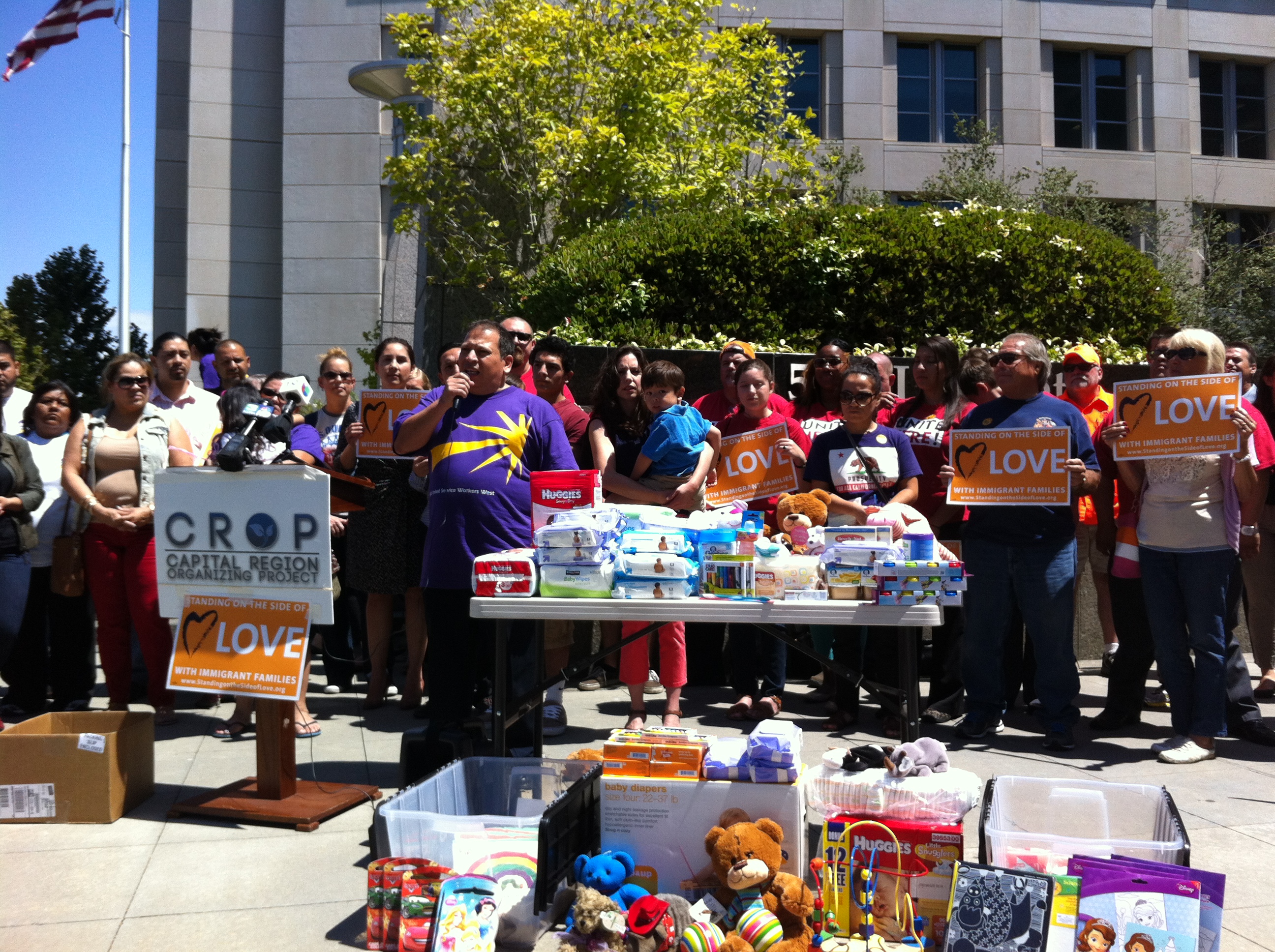 People across the country are outraged by the cruel detainment of refugee children by the U.S. government. Pictures have surfaced showing the overcrowded and unsanitary conditions in the detention centers that Homeland Security is using to house hundreds of children. The children have come with recent waves of immigrants who are fleeing Central American countries such as Honduras, El Savador, and Guatemala because of their extreme levels of poverty, unemployment and violence.

People spoke out at a recent press conference in California’s capital city of Sacramento. Unions  United Service Workers West, UNITE HERE, and organizations California Regional Organizing Project, Sacramento Immigration Alliance, and the Party for Socialism and Liberation participated. The conference made a call for people to donate humanitarian aid which will be shipped to the detainees, and for people to speak out to demand justice for the refugee children. In addition to the conference, pro-immigrant protests have taken place across the country including outside of the detention centers.

Lino Pedres a speaker at the conference said “What we are dealing with is a humanitarian crisis.” His point is important – we must understand that these children are refugees, not illegal criminals as the right wing racists and a good portion of the corporate media are trying to label them. This country therefore, acting in common decency, has the responsibility to care for these people, not to humilate and ignore their humanity.

Besides simply caring for refugees, the U.S. has an even bigger responsibility because the root causes of this wave of immigration stem from the U.S. policy of super exploitation in Latin America.

Poverty, joblessness, and the overall under development in Central America have been imposed by U.S. corporations who for centuries have plundered resources and prevented industrialization and development. Political instability has plagued Central America in a constant battle of popular movements against puppet governments and CIA sponsored terror. Take Honduras for example: a country whose murder rate became the largest in the world following a 2008 U.S. approved coup of the democratically-elected president Manuel Zelaya. Even the drug cartels which terrorize the people and pay off the police could not operate if it wasn’t for the U.S. Consider the giant failure of the “drug war” and the fact that New York banks have been laundering cartel money for years.

Our demands must be clear. We demand the release of all the detained refugee children immediately. We demand full amnesty for all immigrants in the U.S. now and an end to imperialist domination of Latin America!