On June 17, several dozen protesters gathered in front of Chicago’s British Consulate to demand the charges against WikiLeaks founder and whistleblower Julian Assange be dropped and that he be released immediately.

The protest was one stop of a nationwide call to action organized by Assange Defense. The rally was sponsored by several groups including the Party for Socialism and Liberation, Chicago Area Peace Action, Chicago Anti-War Coalition, Gay Liberation Network and more. The main speakers were Julian Assange’s brother and father — Gabriel Shipton and John Shipton, respectively.

Andy Thayer of Gay Liberation Network spoke to the crowd: “They [Julian Assange and WikiLeaks] have exposed the crimes of George W. Bush, as well as Obama, as well as Hilary Clinton. It’s not any mystery that both parties hate Julian Assange, hate WikiLeaks, and are doing everything they can to persecute Julian Assange.”

Assange, who is an Australian citizen, is facing extradition to the United States from the United Kingdom for 18 charges — most of them from the 1917 Espionage Act. The Espionage Act was designed to punish those who conspire to obtain and publish classified information. U.S. officials have stated that Assange’s actions have jeopardized the lives of U.S. citizens and military personnel, according to the Guardian.

A U.K. judge has ruled against Assange’s extradition to the United States, citing risk of suicide due to his mental health. The Guardian reports that U.S. prosecutors have appealed this decision.

Gabriel Shipton stressed the importance of whistleblowing and how the United States’ Espionage Act prevents people from knowing the truth about their government through intimidation tactics: “If you’re a leaker, where are you going to go? There’s nowhere to go to take your material. Because these publishers are under threat. They’re under threat of the Espionage Act.”

Don Gross, of the Party for Socialism and Liberation, spoke to the crowd: “The ruling classes’ grip on the masses is breaking. Julian Assange exposed these frauds — these war criminals and plunderers for what they really are — and they are fighting tooth and nail to ensure the truth is buried.” 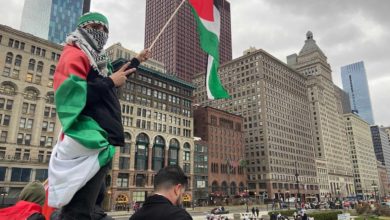 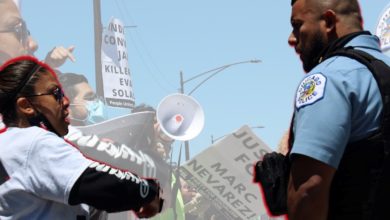 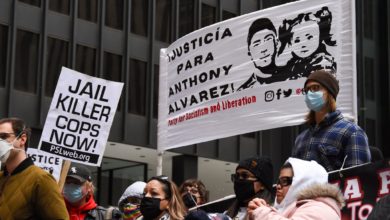