Google terminates workers for organizing campaign against collaboration with CBP 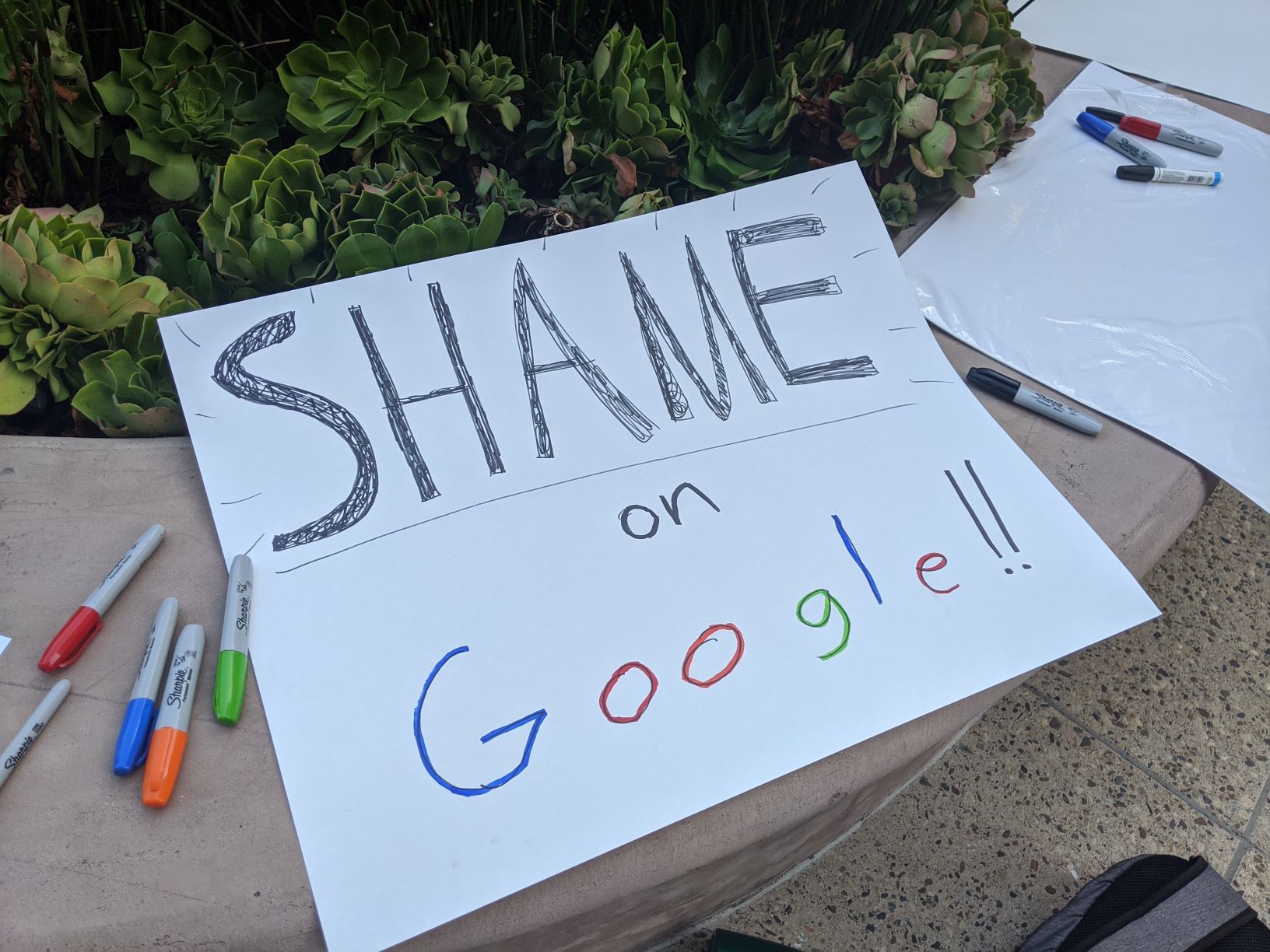 Four workers at Alphabet, the parent company of Google, were terminated on November 11 for violating so-called “data access” policies. In a sharp turn from its legacy of open culture and free information flow, the tech giant has in the past few months cracked down on knowledge sharing between workers. Google prides itself on making information universally accessible and useful, and applying these principles internally has been an integral part of the company’s growth, innovation and culture of work over the years. Now however, the capitalists in charge have decided open access to information is too detrimental to their desire for dirty profit. With decreased certainty about its business model and increased labor unrest, the company has chosen to clamp down with harsh retaliation and the hiring of an anti-worker, union-busting company.

The four organizers were each involved in a recent campaign against Google’s involvement with Customs and Border Patrol. They called out Google’s deceitful cooperation with government agencies responsible for the concentration camps on the militarized southern U.S. border. The campaign was run respectfully and within company norms, with well-sourced information based on documents publicly viewable by anyone within the company. In response, organizers were stonewalled by executives and Google Cloud has continued its policy of pursuing any available business no matter the human cost.

While many of its employees continue to appeal to the company’s good will, Alphabet’s increasingly paranoid, conservative and repressive behavior in the last few years demonstrate that merely asking is not sufficient. Recently, employees were informed by email of changes to policies around data access. The policy as interpreted by leadership makes it a violation for employees to access documentation that is considered “need-to-know.” While this isn’t necessarily a new categorization, the norm has been for any “need-to-know” document to be clearly designated and marked as such. With the recent expansion of policy, “need-to-know” can now be arbitrarily and retroactively applied to any document, regardless of marking. By putting the onus on workers to somehow infer whether or not they have violated the policy, the company now has the power to inconsistently and arbitrarily punish any organizers who create too much trouble.

Alphabet carries a long legacy of workers feeling ownership and responsibility for the company, its products and its values. It is not brilliant ideas, genius executive, or branding and marketing that has built the company – Google was built by workers. Workers not only perform all the essential day-to-day functions that keep Alphabet running, they also understand best how these services should work, both in a technical and social sense. The company experiences crisis week after week, with fundamental contradictions in its business that can no longer be papered over. Left to its own devices, Alphabet will continue to engage in harsh repression and unethical business.

The only potential force that can correct this is the workers at Alphabet – but this can only happen with sufficient organization. Tech activism has produced buzz and media attention, but has failed to build lasting structures of power that can challenge the capitalist system at the foundation of these problems. For these movements to survive, high-tech workers must understand that despite their privileged position, they are still workers. They must link up with the vast history of labor struggle and worker solidarity, and begin to build relationships with existing unions – as recently demonstrated by Google contractors in Pittsburgh. Only such a synthesis can change the course of the tech industry.