The “no” vote has decisively won in Greece, rejecting the brutal austerity that the Troika—the International Monetary Fund, European Central Bank and European Union—has planned to impose on the country. This was not simply a verdict delivered at the ballot box. “No” won in a landslide because of the huge mobilization of poor and working people in Greece in the short run-up to the vote, which was so massive that the fear-mongering campaign of the corporate media and establishment politicians was drowned out by the defiance of the masses.

The political earthquake was so intense that Antonis Samaras, leader of the opposition and the prime minister before Tsipras, announced his resignation as head of the right-wing New Democracy party right after the results came out. A majority in every single region of Greece voted no, including the traditionally conservative rural areas of the country. Young people, who suffer an unemployment rate greater than 50 percent, are reported to have favored no by a 2-to-1 margin.

In one of the biggest demonstrations since the crisis began, up to 100,000 gathered outside parliament two days before the vote. This was a preview of the movement that has the potential to fundamentally change Greek society, and it has only grown emboldened with the victory in the referendum. The leaders of the European Union and Greek bourgeois politicians of all stripes promised an economic meltdown and complete isolation from the region unless voters chose “yes,” but the people refused to submit to this extortion.

For more background on the Greek referendum, click here to read our earlier analysis.

During the campaign, the Coalition of the Radical Left (SYRIZA)-led government insisted that a “no” vote would make it less likely that Greece would exit the capitalist “European project,” which has at its heart the euro common currency. Prime Minister Alexis Tsipras immediately began seeking a resumption of negotiations with the Troika to secure what the SYRIZA leadership considers an “honorable compromise.” The Greek government may try to revive its most recent offer, which includes large, regressive tax hikes and an accelerated program of privatization.

After the results were announced, Tsipras picked up the phone and called President Francois Hollande of France, who is along with Italian Prime Minister Matteo Renzi considered to be among the less hardline figures in the Eurozone. President Hollande and German Chancellor Angela Merkel will meet on Monday night, and a Eurozone finance ministers meeting will be held the following day.

Although SYRIZA’s leadership does not intend to use the current moment to push for a socialist transformation of Greece, it may not be able to contain the forces that have been set in motion. The militancy and enthusiasm displayed during the “no” mobilizations has broken the streak of relative passivity that characterized the mass movement in the most recent period. The masses in the streets are supportive of SYRIZA because the party defied the Troika by holding the referendum, but they are also certainly capable of going beyond the limits the government would like to restrain it to.

It is highly unfortunate that the Communist Party of Greece (KKE) has chosen to isolate itself from this burgeoning upsurge. The KKE called on its supporters to spoil their ballots rather than vote no. Disciplined cadre and coherent theory are crucial ingredients for a revolution, and the KKE’s strategy is withholding these vital elements from the emerging movement.

There is a large, growing left wing of SYRIZA that has flexed its muscles in recent days and helped force the government to take the bold move of calling a referendum. The mass movement could also change the balance of power within SYRIZA itself, empowering more radical elements that want to embark on a strategy of rupture.

And it will not just be the masses in the streets and left-wing political forces pushing for a break with the Eurozone. Before the referendum, Liberation News noted the existence of “the significant and growing section of the European ruling class that would actually prefer a Greek exit from the Eurozone.

“This camp is particularly strong in Germany, the most powerful imperialist state in the European Union. A rift has opened up in recent days between Finance Minister Wolfgang Schaeuble, who seems to prefer a managed Greek exit, with Prime Minister Angela Merkel, who takes a hard line but has overriding political concerns about the political precedent that would be set by a country departing from the Eurozone. The thinking goes that if Greece and possibly other weaker countries are pushed out of the Eurozone, the remaining states would be able to pursue more rapid financial integration without having to deal with the consequences of uneven economic development, particularly as it relates to access to credit.”

In the tangled mess of deadlines, extensions, projections and missed targets associated with the Eurozone crisis, it is hard to take seriously that any one moment is the true “zero hour.” However, these deadlines act as choke points, where one side must retreat and another will advance. As the crisis deepens, the advance or retreat becomes more decisive.

July 20 could prove to be the most decisive of all—when a large payment to the European Central Bank is due. While due to technicalities the missed June 30 IMF payment did not constitute a “default,” the missed ECB payment very well may and trigger credit default swaps and other capitalist financial instruments. More importantly, the Greek banking system continues to function only due to a program of “Emergency Liquidity Assistance” provided by the ECB. Should Greece miss a payment to this institution, it is highly unlikely that it could justify continuing its aid to the big banks, which has already run into resistance from the German representative to the ECB.

While negotiations between politicians will continue behind closed doors, the landslide victory for “no” shows that the real power is in the streets, and that poor and working people in Greece have lost their fear. 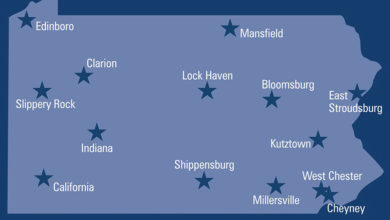 Why is Pennsylvania considering mass layoffs in public higher education?