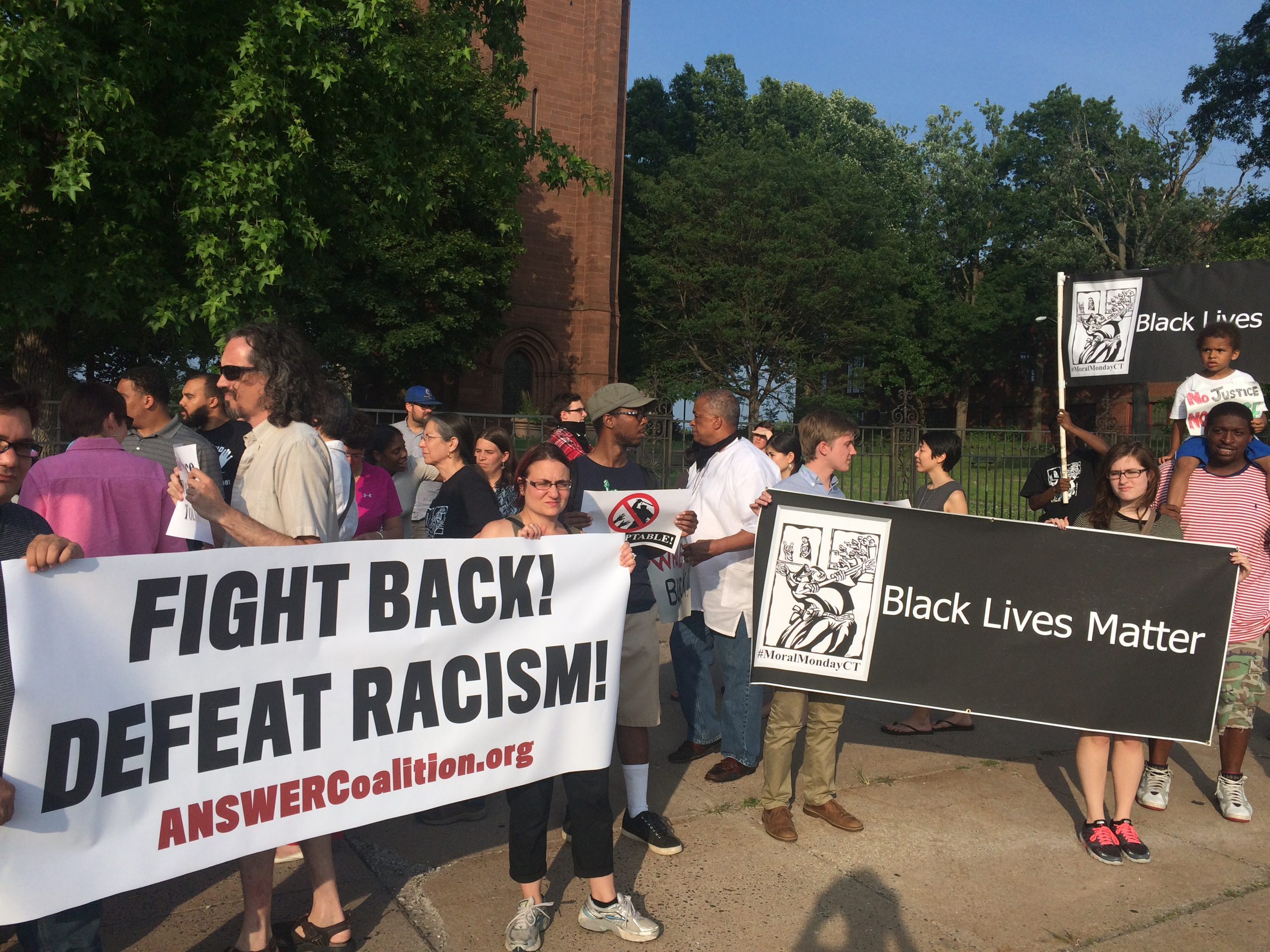 Chanting “Shame, shame, HPD!” and “There’s no excuse for systems of abuse,” 80 people rallied and marched on the Hartford Police Department in response to the latest incident of police brutality in the city.

A video that was posted on Facebook at the end of June shows a Hartford police officer holding 34-year-old Samuel Bryant while another officer beats Bryant with his nightstick in an alley. The video was taken by a resident of the building next to the alley, and has received over 1 million views and tens of thousands of shares on Facebook. Police claim they stopped Bryant for drinking a wine cooler from a brown paper bag.

After rallying at a busy intersection, the crowd marched to the Hartford Police Department, demanding justice and answers from Police Chief James Rovella. While Rovella never appeared, his Deputy Chief Brian Foley was clearly in the building, and tweeted a picture of the demonstration taken from a second-story window with the outrageous claim that “Dialogue with our critics is what moves us forward.” Foley, however, has never shared the names of the officers on the video. In this and other incidents, Rovella, Foley and others have only ever attempted place blame with the victims of their officers.

The demonstration was called by Moral Monday Ct. Organizer John Selders said, “We’re saying, this shouldn’t be tolerated. We treat our dogs better than we treat human beings. Black lives matter.” Protesters, who came from many cities across Connecticut and made up a diverse crowd of races and ages, were angered at both the police brutality and by cowardly response of the police, and promised to continue fighting police brutality and terror.