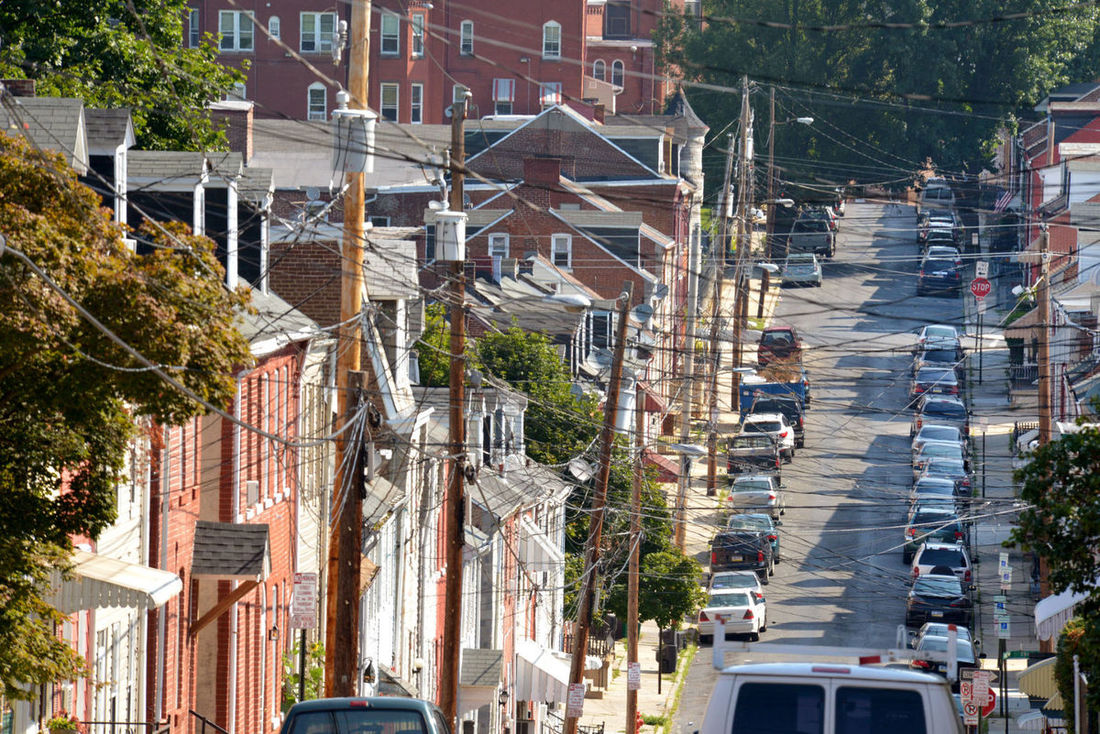 The New York Post, (September 20, 2016), declared Lancaster, Pennsylvania “the new Brooklyn.” They wrote: “Just a three-hour Amtrak ride from Penn Station, past the horse-drawn buggies and carriages of the Pennsylvania Dutch, downtown Lancaster doesn’t resemble its Amish surroundings so much as it does a mini-Brooklyn: teeming with art galleries, indie boutiques and restaurants…”

In recent years, Lancaster has experienced what many cities and towns across America have: gentrification reshaping the city for the comfort of the rich at the expense of the working class and poor.

Housing in Lancaster County has become increasingly unaffordable for poor and working class communities. A report from the National Low Income Housing Coalition states that the estimated average wage for renters in Lancaster is $19.12 an hour, more than double the national minimum wage. Someone earning the $7.25 national minimum wage would need to work 84 hours a week to afford a one-bedroom apartment. The gap between wages and rents has doubled since the 2009 recession.

It may be accurate to call Lancaster the “the new Brooklyn,” but not for the reasons the New York Post intended.

A report from PropertyShark, a real estate data provider, shows that first-time foreclosures in New York City has risen to a level not seen since the after math of the 2008 economic recession, nearly 60%. Brooklyn in particular, saw new foreclosure auctions doubled from 2016 to 2017 to a 10-year high of 827 homes. In Kings County, where Brooklyn resides, workers who are paid minimum wage would need to work 92 hours a week to afford a one bedroom apartment.

Is this the future of housing for the people of Lancaster?

Out of sight, out of mind

Indicative of the gentrification process homelessness has increased in three of Lancaster County’s neighboring counties while decreasing in Lancaster. This suggests that the homeless people are being pushed out of Lancaster to other areas in Central Pennsylvania. From 2012 to 2017, the number of homeless rose 1 percent in York, 19 percent in Dauphin and 57 percent in Berks while Lancaster declined 43 percent.

In June of this year, photos of city workers installing handlebars on benches outside the Lancaster County Government Center went viral.

“Those benches are for sitting, not for sleeping,” County Commission Chairman Dennis Stuckey was quoted saying in the local newspaper LNP. He is quoted further to have said: “I know people are concerned about the homeless, but the truth is, we have transients down here who are not truly homeless — these are people who go through our community and refuse help when it is offered to them.”

In a statement to LNP, Commissioner Joshua Parsons stated that some of the homeless population “congregate downtown” and “aggressively panhandle, use drugs, sleep on park benches, and go to the bathroom on sidewalks” causing “a nuisance and a hazard.”

Disregard for the lives of the homeless have been a part of the city government’s history for a long time.

In 2013, Lancaster Police shot 35-year-old Gregory S. Bayne, a homeless man and father of three. Police began harassing Bayne and an altercation began. Police, after a brief chase, then cornered Bayne and claimed that he “lunged” towards them with a knife. Eyewitnesses described the killing as unnecessary and video footage of the shooting never clearly showed a threat to the police officer’s lives. The city’s D.A. declared the death of Gregory S. Bayne as “clearly justified.”

Inadequate housing has caused deep wounds in the city that have yet to be healed.

In 1944, the Housing Committee of Post-War Planning Council reported that 85% of the housing stock occupied by the city’s black population was “unfit to live in.” The report found that 60% of the housing had no toilets, 40% had no electricity, and 30% had no running water. This area was known as the Barney Google Row.

Barney Google Row was described by the 1945 Comprehensive Plan for Lancaster as “a solid row of one-story, flat roof units, each covering an area approximately sixteen feet square. Four are two room units and eight are three-room. Water is provided in the kitchen space but no other conveniences of any kind are provided. Sanitary facilities are located about twelve feet from back doors in a yard sixteen feet square.”

In 1957, Barney Google Row was demolished to make room for the city’s first public housing unit. There are no records of what happened to its inhabitants after the houses were taken down.

Housing is a human right

The basic, fundamental right to adequate housing is being denied to the people of Lancaster and many other cities across the United States. Lancaster is not unique in this respect. All poor and working class communities are experiencing rising rents, inadequate housing and the effects of gentrification.

Capitalists use a crisis to take advantage of the most vulnerable. They buy up housing and flip it at a price that only the wealthy can afford. They design and create a city that benefits their own comfort, while the rest of us struggle to simply survive.

Only through a transformation of society through socialism can poor and working class people reclaim our communities and lives.