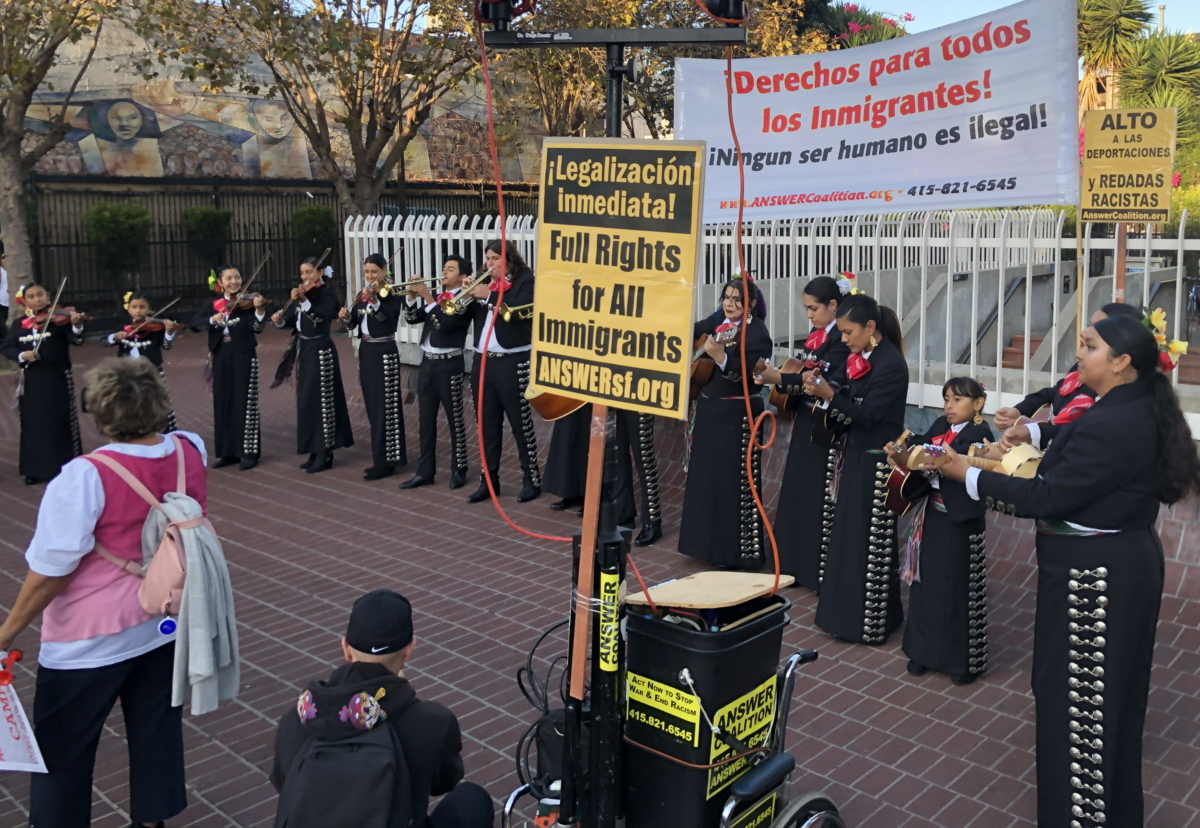 “If a tree falls in a forest and no one is around to hear it, does it make a sound?”

Beneath the rubble of the collapsing economy, there are lives that may be lost in the silence. COVID-19 has brought the U.S. economy to its knees, but for undocumented people the crisis means absolute destitution. If drastic measures and supports are not offered immediately to our gente, this country will be responsible for the lives of the estimated 11 million undocumented people and their children, many of whom are U.S.-born citizens.

The coming humanitarian crisis stems from another major crisis — the utter failure to offer any semblance of human rights to the workers that hold up key sectors of U.S. capitalism. On May 1, 2006, immigrant, Latino and Mexican people led the largest general strike in U.S. history, known as A Day Without Immigrants. This monumental day clearly chanted in unison the slogan, “Amnesty NOW! Full Rights for All Immigrants!” The demand reverberated among millions. Since that day, politicians, community leaders, and everything in between have been unable and unwilling to approach anything close to the strike’s slogan.

Over a decade later, as beautiful children are locked in infected cages and fascistic ICE raids terrorize our communities, the leadership of this country continues to either demonize hardworking people and pretend they don’t exist or are waiting for others to resolve the issue. In supposedly progressive cities and states, lives of undocumented people are acknowledged and thanked but nothing more. It is asked, “What about people who are undocumented?” YES! What about them?!

There are not enough “Go Fund Me” pages, mutual-aid listservs, and non-profits for the over 11 million undocumented people, of whom 9 percent are in California’s workforce. All the support being offered by well-meaning people should be appreciated, but it doesn’t replace the crucial need for swift acknowledgement of worker and human rights. With legal status, undocumented people — our people, fearless and courageous people — can advocate for themselves and their families without needing to ask for help first.

Undocumented people don’t depend on charity, they depend on their work. It is their labor resulting in calloused hands, bent backs, and sore bodies that has lifted their families and this nation. So much so, that every year, undocumented immigrants pay $11 billion in local and state taxes, and yet are denied the benefits of those taxes, such as unemployment or social security, when in need. They contribute $13 billion to retirement accounts, the same accounts sustaining the most vulnerable population during this pandemic. It is their sweat that is putting food on the table for every single household because at least 50 percent of the agricultural workforce is undocumented.

Now, as the virus shreds the already weak U.S. capitalist economy, our people have nothing left to make money and it’s inhumane to expect them to extend out these same hands to receive scraps. As the government is handing over trillions to the banks and corporations, there absolutely must be money for unemployment and services for all workers who reside in this country.

The tree has fallen and the monumental tragedy is that people heard it, see it, and acknowledge it but are simply stepping over it.

Start of a conversation

The humanitarian crisis for undocumented people is about to explode. This is a start of a conversation so that we are prepared to give our voice, resources and privilege to the coming fight. As a starting point, here are some action steps to be taken immediately:

More importantly, all the listed demands should make it clear that these do not substitute for the need for “Amnesty and Full Immigrant Rights for All!” Much more will be needed. Be ready.