On August 29, Hurricane Ida made landfall on the Louisiana Gulf Coast as a strong category 4 hurricane — exactly 16 years after Hurricane Katrina devastated the region. The scale of destruction that Ida has wrought upon cities like New Orleans, Laplace and Houma has not yet been fully assessed, but initial reports indicate that this storm was absolutely catastrophic for those areas which were hit hardest.

After hurricane Katrina flooded huge portions of New Orleans, the criminal negligence of local, state and federal governments was laid bare for the world to see. The poorly-maintained and incomplete levee system failed completely, killing thousands of the mostly poor and predominantly Black people who were unable to evacuate, and permanently displacing thousands more. The tragedy sparked international outcry, and the levee system in New Orleans was eventually upgraded.

The system which so brutally disregards human lives, however, remains in place.

As Ida approached, residents of the Louisiana Gulf Coast who could afford to leave did. The rest braced for impact.

Many who wanted to evacuate could not. Without a centralized and organized evacuation process in place, evacuation is left primarily for individuals to arrange for themselves. Those without reliable vehicles, who lack funds for gas or hotel stays, who are disabled, and those whose jobs expect them to be available the moment the storm clears are usually forced to stay and weather the storm.

Just 48 hours before Ida hit, New Orleans Mayor LaToya Cantrell finally issued a mandatory evacuation order for all areas outside of the levee system, but stopped short of ordering a full city evacuation, asserting there wasn’t enough time to redirect traffic patterns to allow for full evacuation. Instead, she encouraged residents within the levee system to hunker down and ride out the monster storm.

Officials in Escambia County, Florida, refused to open the storm shelters, despite the flooding rains and tornadoes Ida was forecasted to bring. As a result, many members of the county’s homeless population lost their tents and tarps as the outer bands of Ida swept through the area.

In Baton Rouge, disabled residents who rely on support services throughout the week were offered no meaningful evacuation support. Now, those same residents are surviving without power and without necessary services for an indefinite period of time.

Responding to the crisis

As Ida came slowly ashore, the residents of Laplace and Houma who were forced to ride out the storm turned to social media to plead for help. Many were in their attics, hoping for rescue from the rising floodwaters. Some were trapped in collapsed buildings with no way out. Volunteer rescue efforts, spearheaded by the “Cajun Navy,” began as the storm raged on — supplementing if not outright standing in for whatever rescue efforts official channels could offer.

Once the storm passed, the New Orleans Police Department turned to social media, not to search for those in need of assistance or to provide any semblance of “protecting and serving” the actual people, but to remind the public that “anti-looting teams” will be deployed throughout the city to protect property.

Time will tell whether FEMA or the Red Cross will respond quickly and thoroughly to this crisis, but if recent history is any indication, their response will be slow and lackluster. During Hurricanes Michael, Laura, and Sally, mutual aid groups and community organizations were on the ground trying to take care of people’s immediate needs days before the more official organizations could take action.

Like Katrina, it appears that the damage from Ida will last for many months to come — possibly even years.

Critical infrastructure was seriously damaged or destroyed throughout the region. The roof was ripped off Lady of the Sea General Hospital in Galliano, Louisiana — a major blow in a state already suffering overflowing hospitals amid a major COVID-19 surge.

A transmission tower supplying electricity to all of New Orleans collapsed completely, leaving the entire city without power indefinitely. The city’s sewage pumps and water pumps are running on backup electricity, which prevents them from working at full capacity. The pumps are necessary to keep flooding at bay in parts of the city — if they can’t work at capacity, it could be another disaster waiting to happen.

As the planet continues to heat up, hurricanes are becoming more dangerous, more frequent, and more unpredictable — a deadly burden that falls on the working-class people who cannot easily evacuate, cannot afford to board up their homes, and often cannot even secure basic survival supplies.

The reckless capitalist ruling class, which endlessly plunders and consumes our Earth for profit, is to blame for climate change. It is outrageous that working-class communities are forced to bear the brunt of ever-worsening hurricane seasons while these criminals continue to destroy our environment.

Meanwhile, officials in all levels of government have not even implemented basic programs to protect the residents in vulnerable places. These communities deserve free, universal, and accessible evacuation assistance, free support in boarding up and sandbagging homes to protect homes from wind and water damage, and more. Nobody should be forced to risk their lives to ride out a major hurricane.

In the coming weeks

As Ida begins to clear out of the Gulf Coast region, grassroots organizers and nearby community members will begin to mobilize relief efforts. As communication lines go back up and people are able to get into the hardest hit areas, the scope of the damage and the scale of the work we have to do will become more apparent.

In the coming weeks and months, working people must continue not only to assist with relief and emergency aid, but also to organize crucial demands for relief, for new storm protocols that protect the people, and ultimately for an end to climate change. Through organizing the people to struggle for a new world — one which is centered on the needs of the people and planet, not on protecting the profits of the wealthy — we can solve the climate crisis and mitigate the impacts. 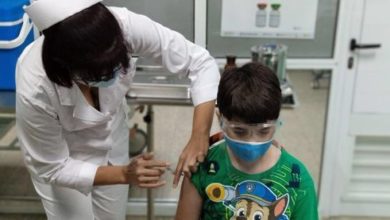 Cuba: The first country in the world to vaccinate children under 12 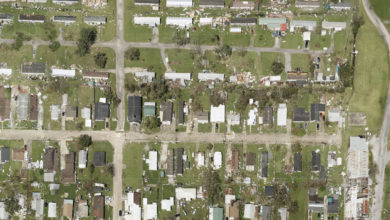 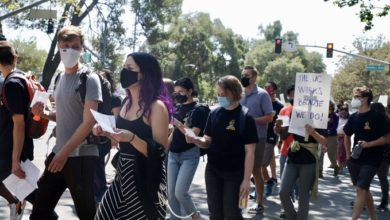 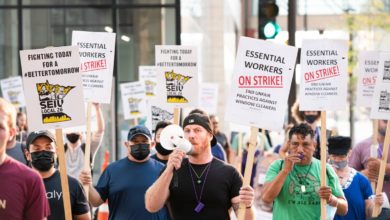