The Senate yesterday voted to move forward towards finalizing a massive $3.5 trillion social spending proposal. If implemented, it will grant concessions long demanded by people’s movements that could dramatically improve the lives of huge numbers of working-class people. This plan is separate from the $580 billion infrastructure bill passed with significant Republican support several days earlier, and is being advanced as part of this year’s federal budget in order to avoid the 60-vote requirement under the “filibuster” rule.

Key provisions of the budget proposal include universal pre-K for children ages 3 and 4, childcare subsidies for working families, free tuition for community college students, and expansion of the Pell Grant for higher education.

It will also make permanent a tax credit delivered to working-class parents in the form of monthly payments of up to $300 per child. Another provision of the budget guarantees family and sick leave to all workers. The proposal will also expand Medicare to cover dental, vision and hearing services, as well as reduce the eligibility age below 65.

The budget outlines hundreds of billions of dollars that would be invested in affordable housing and renewable energy. Historically Black colleges and universities would receive additional funding under the proposal. There also is an attempt to use the social spending bill to address the situation of undocumented people, with a provision that would direct the Department of Justice to explore granting immigrants “lawful permanent status.”  All this and more would be paid for by raising taxes on the wealthy and corporations.

Passing a budget is a complex process, which begins with a vote on a “blueprint” like the one that took place yesterday. The passage of the budget blueprint made a procedure called “budget reconciliation” possible, which will allow Senate Democrats to pass bills without any Republican votes since Democrats have 50 seats in the Senate and ties are broken by Vice-President Kamala Harris. The House of Representatives will also have to consider, modify, and vote on any bill passed by the Senate. A new, more intense stage is set to begin after Congress returns from summer recess.

This creates an opportunity for right-wing Democrat senators like Krysten Sinema and Joe Manchin to attempt to dilute the bill and provide fewer and fewer benefits to workers. Both Sinema and Manchin have undermined progressive measures in the past by hiding behind legal smokescreens and calling for “bipartisanship” instead of protecting people’s rights.

But these opponents of working people can be defeated in struggle. Massive pressure from various movements can force these politicians to back down and accede to the demands of the people. Mass struggle is the only reason such concessions are even being considered by the Biden administration and the Democratic leadership in Congress in the first place. 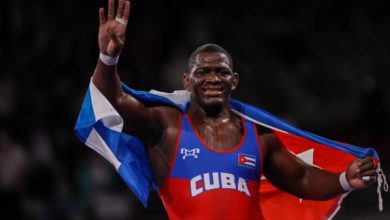 Cuba’s big wins at Olympics due to its revolution