We in the Party for Socialism and Liberation express our outrage at the massacre at two mosques in New Zealand on March 15, carried out by a self-described fascist. We wish to convey our deepest sympathy and solidarity with the families of the 49 people killed and many more wounded in this horrific attack.

We hold not only the mass murderer (whose name we will not amplify by repeating) responsible for this latest atrocity, but also the extreme racist/fascist networks in which he has long been an active participant.  He is no “lone wolf,” but instead a part of a global neo-Nazi movement that is protected by and often linked to the police and military in many capitalist countries.

There is no one who has done more to promote extreme Islamophobia, the virulent hatred of Muslim people, than Donald Trump. Trump has blatantly and relentlessly demonized and stereotyped Muslims and Arabs. While campaigning for the presidency in Jan. 2016, Trump told CNN, “I think Islam hates us,” and during the campaign made hundreds of anti-Muslim speeches. He called Muslim immigrants “the great Trojan horse of all time.”

Once in the White House, Trump called for a ban on all Muslims entering the United States. While the overall ban was overturned by the courts, Trump’s blocking of immigration from six predominantly Muslim countries, Iran, Libya, Somalia, Sudan, Syria and Yemen, was upheld.

The U.S. imperialist wars in Iraq, Libya, Syria and Yemen over the past nearly three decades — under Democrat as well as Republican administrations —  have made killing Arabs and Muslims a daily occurrence, not only for U.S. military personnel but also for those of its allies, including Australia, where the shooter is said to come from.  Arab and Muslim life has been treated as cheap in the corporate media.

It comes as no surprise that the fascist killer celebrated Trump as “a symbol of renewed white identity and common purpose” in a document he issued while carrying out the mass slaughter.

In a bizarre and perfunctory statement expressing “warm sympathy and best wishes to the people of New Zealand,” Trump failed to mention the victims, or the Islamophobic and racist character of the massacre, despite the explicit white supremacist and anti-Muslim message issued by the killer.

As we join with our sisters and brothers around the world in mourning the latest victims of fascist terror, we renew our determination to build the only force that can stop it – a powerful people’s movement. 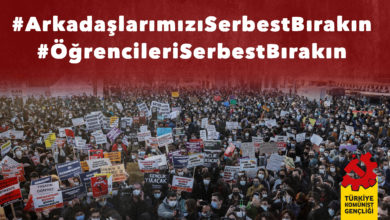 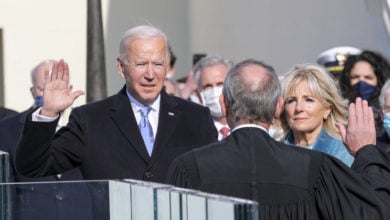 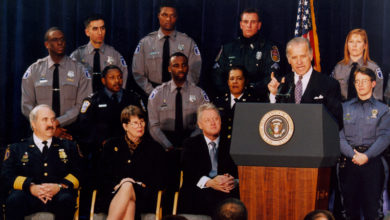