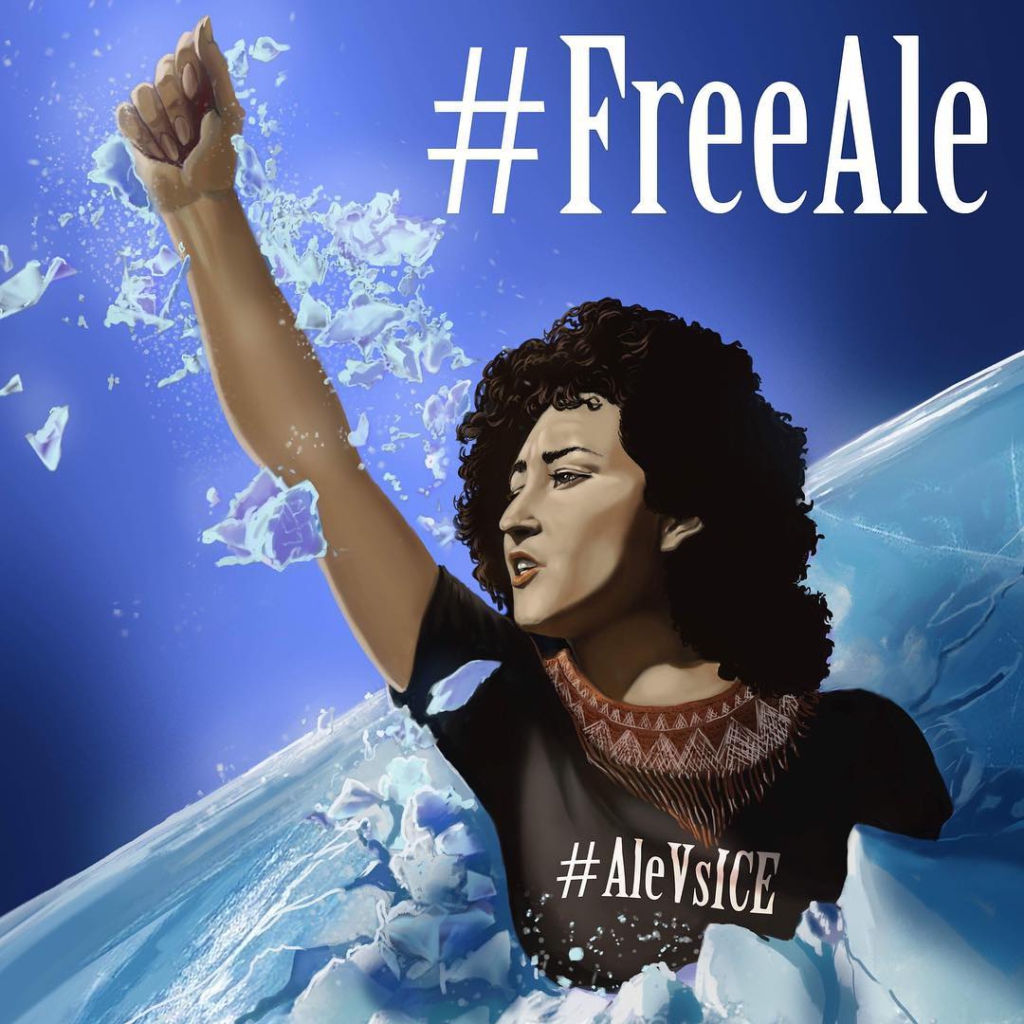 On March 7, immigration rights activist Alejandra Pablos was illegally detained at the Eloy Detention Center in southern Arizona. This Thursday, April 19, Ale has a chance to be released from Immigration Customs Enforcement’s custody at her bond hearing—but only if the people help.

How did this happen?

Alejandra Pablos was a legal permanent resident who was placed in deportation proceedings stemming from a drug-related arrest in her youth. She spent 2011-13 detained at the Eloy Detention Center, in compliance with court orders. She is presently requesting political asylum based on the dangers she would face as a political organizer in Mexico, should she be deported.

Since her release in 2013  she has dedicated her time and efforts to organizing for immigrant rights as well as for reproductive justice. She has become known nationally for her activism. She is a member of Mijente, a national Latinx organization, and is a field coordinator for the National Latina Institute for Reproductive Health.

In early January, she was leading chants at a demonstration outside of the Department of Homeland Security. She was singled out and detained by DHS agents. Although she was released thereafter, her case was flagged. On March 7, when Pablos showed up to for a routine   check-in with ICE, was taken into custody and not allowed to pay a bond. She was “silently detained.” Several high-profile immigrant rights activists have been “silently detained” in the past year and a half to stop their activism.

In an interview for AZCentral, Jacinta Gonzalez, a field director for Mijente explained:

“Alejandra is a very well-known activist with deep ties to her community and is not a flight risk. The fact is that their only reason to re-detain her is for an arrest that came out of a protest really shows that people are targeted for these arrests.”

How to help free Ale

Ale’s bond hearing is just a few days away.  Mijente has created a list of five new things her fellow luchadores (fighters) can do: