PSL Presidential Candidate Peta Lindsay and Vice Presidential Candidate Yari Osorio were the featured speakers at the final Vote PSL campaign event on Monday, November 5 at 7:00 p.m. Eastern Time in New York City. The event was broadcast live. During the live broadcast, viewers were asked to send questions to [email protected] On November 6 – Election Day – the closing remarks of both candidates were also broadcast live.

Below, watch the recording of the Nov. 5 event and Nov. 6 remarks.
The total length of both videos is approximately two hours.

The PSL’s Lindsay/Osorio 2012 campaign is unlike any other. Presidential candidate Peta Lindsay and vice presidential candidate Yari Osorio have helped to lead demonstrations across the country against imperialist wars, racism, budget cuts, tuition hikes, police brutality, anti-LGBT bigotry, and in support of immigrant rights, women’s rights and the Palestinian people’s right to self-determination, and have been tireless advocates for the rights of working people and for socialism.

The 10-Point Program of the Lindsay/Osorio campaign calls for making a job, healthcare, housing and education the constitutional rights of every person; seizing the big banks and creating a national people’s bank; ending all wars and interventions; stopping racist police brutality and mass incarceration; defense of women’s rights; equality for lesbian, gay, bi and transgender people; full rights for immigrants; defense of unions; and saving the planet by ending capitalism. For more on the campaign: www.VotePSL.org.

Help us pay the credit card bill for literature and travel expenses of volunteers who took time off of work and school, and away from their families, to make sure that people across the country would know about the option to vote for Peta Lindsay and Yari Osorio. 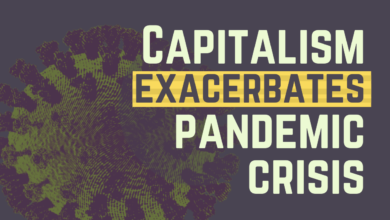