With a remarkably open acknowledgment that the law must respond to the people, the Supreme Court today ruled that the U.S. Constitution requires states to recognize marriages by same-sex couples. Justice Kennedy wrote that “changed understandings of marriage are characteristic of a Nation where new dimensions of freedom become apparent to new generations, often through perspectives that begin in pleas or protests and then are considered in the political sphere and the judicial process.” Recognizing that same-sex couples had long been discriminated against, he wrote that “the nature of injustice is that we may not always see it in our own times,” and the fact that the law has upheld discrimination for decades is no reason to fail to correct the law now.

As a matter of legal doctrine, the 14th Amendment prohibits the state from denying anyone “liberty” without “due process of law.” So although the dissenters on the bench and in the right-wing public will denounce this as judicial activism, it is precisely the role of the court to listen to the demands of the people and make a thoughtful determination of what “liberty” means today.

As explained by the people, their lawyers, and finally today a majority of the Court, for LGBT people, that process of articulating how we are being denied full liberty and human dignity was long delayed by laws that threatened criminal penalties and social structures that threatened loss of livelihood and ostracism. The historic uprising at the Stonewall Inn 46 years ago tomorrow night has come to symbolize the start of the modern LGBT rights movement—a long struggle that only saw laws against sodomy finally ruled unconstitutional in 2003 (also on June 26), and in the past decade has included remarkably fast progress for marriage equality.

Much work yet to be done

There is, of course, much work yet to be done outside the marriage context, but a judicial acknowledgment that the Court has failed to recognize injustice in the past and that its understanding of the forms of liberty that the Constitution must protect should evolve with the times is an important victory for all peoples’ movements. Justice Kennedy characterized the Constitution as one that “entrusted to future generations a charter protecting the right of all persons to enjoy liberty as we learn its meaning. When new insight reveals discord between the Constitution’s central protections and a received legal stricture, a claim to liberty must be addressed.” Peoples’ movements reveal that discord—“create such a crisis and foster such a tension … so to dramatize the issue that it can no longer be ignored,” as Dr. King wrote in Letter from Birmingham Jail—until the courts cannot avoid addressing it.

Inside the Supreme Court this morning, the area of the courtroom for the public to hear decisions announced was full (although the lawyer section was not; I think many people expected the decision to come down on Monday) and absolutely silent as the decision was being announced. Chief Justice Roberts announced his dissenting opinion from the bench (the decision was 5-4), decrying an attack on majority rule, despite Justice Kennedy’s pointed comment that fundamental rights cannot be subjected to a vote. After the decision, the scene outside the courthouse was jubilant. Thousands of people celebrated, even gathering on the plaza, where demonstrations usually are not allowed. The lawyers and lead plaintiffs in the cases (Obergefell v. Hodges, Tanco v. Haslam, DeBoer v. Snyder, and Bourke v. Beshear) marched through the crowd, holding hands of spouses and supporters and wiping away tears.

Delving further into legal doctrine, the decision today did not resolve the question of the level of scrutiny that should apply when the government discriminates on the basis of sexual orientation. The Court relied primarily on the doctrine of “fundamental rights,” which hold when the state deprives anyone (regardless of whether they are a member of a “suspect class” or not) of a fundamental right, that is suspect and subject to strict scrutiny, i.e., it will not be permitted unless necessary to serve a compelling governmental interest. The majority held that marriage is a fundamental right, and there is no compelling reason to deny it to same-sex couples. Although the majority opinion also references the equal protection clause, it relies on the “interrelation of the two principles” to hold that denial of marriage, specifically, to same-sex couples is an equal protection violation. It does not state the level of scrutiny courts should apply when the government discriminates against LGBT people outside the context of marriage rights, for example, in government jobs or in prisons and detention centers.

So in some ways, the legal precedent is mixed. It is a resounding victory for marriage equality, and will be of tremendous value to couples who have been discriminated against in this way. But it is technically limited to marriage, and may not be of immediate value to people looking to the courts to vindicate their rights in other contexts. Nevertheless, the reasoning also relies on a conception of the Constitution as a living document, and holds that the “liberty” it protects can be expanded by better understandings and clear demands from the people. Ultimately, it is a moment to celebrate and an invitation to continue the struggle until the Court has no choice but to recognize other liberties wrongfully denied today. 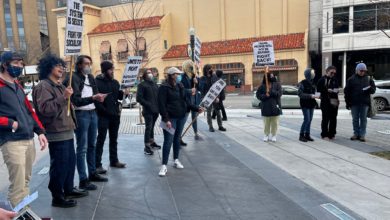 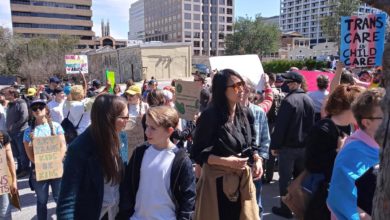 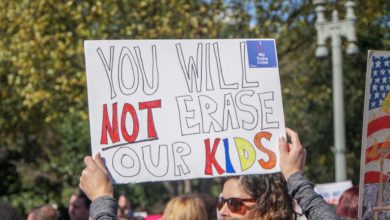 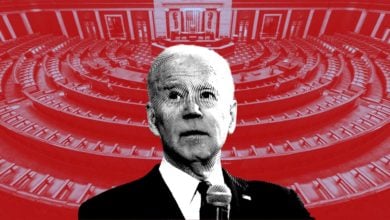