Baton Rouge, the capital of Louisiana with 800,000 inhabitants in the Baton Rouge Metropolitan Statistical Area, has appeared in national headlines due to the oppression faced by the masses as well as their tenacity in fighting back.

The racist police execution last summer of Alton Sterling led to a weekend of demonstrations in the community with hundreds of arrests. Then 60 per cent of the city was destroyed by the Great Flood in August 2016. Just as people began picking up the pieces from the flood, the misnamed Department of Justice announced no charges were to be pursued against the killer cops; that announcement again led to rallies and marches. 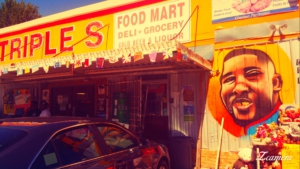 There are two consistent themes in the murals that blanket the city. One is of the portrayal of current and past struggles of the oppressed and their willingness to fight; the other theme that emerges is that the greatest numbers of murals, whether organized through some community initiative or merely the inspiration of a lone artist, coincide with the poorest and most oppressed parts of the city. One might think that the colorful artworks not only provide political direction, but allow the most oppressed to smile knowing it is through unity that we win in the struggle and we are never alone. The murals represent the spirit of resistance of the people of Baton Rouge and their vision for victory.

This artist paints the view from where his murals are–in the shadow of the State Capital. This is Old South Baton Rouge, adjacent to the wealth of downtown, the neighborhood of the rich “Garden District,” and the brightly lit Louisiana State University Stadium. 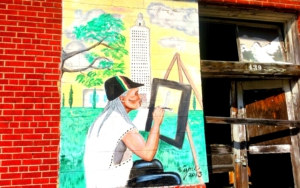 OSBR officially has a 25 percent unemployment rate among Black men; 75 percent of the properties are considered derelict (example pictured). In other words, not one penny has rolled into one this predominantly Black neighborhood from the wealth that surrounds it. Another way to put it: OSBR, an area which was not impacted by the flood, has been and continues to be worse off economically than areas of interest to developers that were flooded. 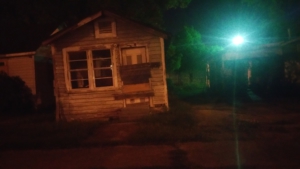 These facts might demoralize any community, but in North Baton Rouge, artist Joshua captured the rallying cry that leads people through each struggle, a quote by author Maya Angelou.

“You may encounter many defeats, but you must not be defeated.” 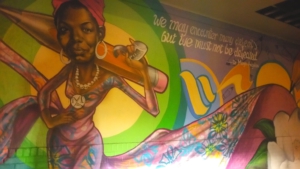 Joshua is considering taking on more mural projects, perhaps even one to launch the Peoples Congress of Resistance.

The youth are turning to their elders to learn about past struggles. 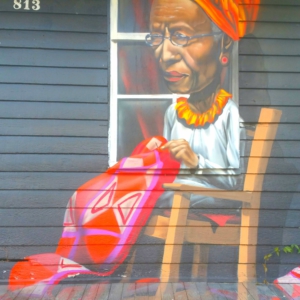 Struggles like the 1953 bus boycott that was victorious after six days with a high level of organization offering free rides with cars to thousands. The Baton Rouge Boycott inspired activists in Montgomery. 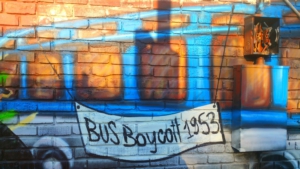 Elders are encouraging youth in today’s fight, encouraging them to study and apply what they learn to practice. 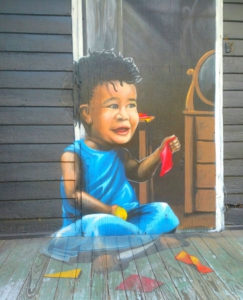 The murals mobilize for justice in current struggle situations.

Women in the resistance

The growing resistance has learned lessons from the past and the murals reflect that, in particular the role of women as leaders and participants in the struggle. It’s found in the murals and in the streets of Baton Rouge in the fight for justice. 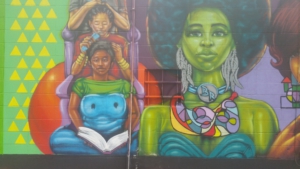 Baton Rouge has no shortage of those who turn theory into practice. Elders teach that we must focus on the enemy and build unity with our allies. As Muhammad Ali said, “Ain’t no Viet Cong ever called me a N—–.” 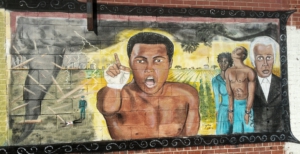 Misconceptions can be clarified as we join in working with the masses.

Author: I think those in power want us to get confused by such questions when we have more in common with both Shi’ites and the Sunni–not those who send us off to war.

Barber: (nodding his head) I can see that.

Barber: What about gay rights and gay marriage–didn’t God destroy Sodom and Gomorrah?

Author: I think God did destroy Sodom and Gomorrah, but who’s to say if the publisher, like the media today, twisted up the story. Maybe God destroyed Sodom and Gomorrah ‘cuz there was a hateful leader like Trump and the people refused to unite and God gave up.

Barber: Well you do have a good point there. 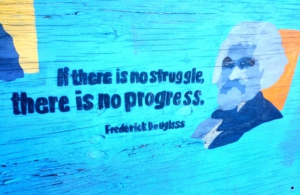 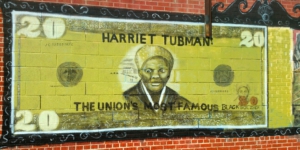 Not every city has beautiful murals like Baton Rouge to inspire the people, but everywhere you go there is struggle or the potential for struggle. Let the murals of Baton Rouge inspire you as we unite in our determined vision for the future for a world without racism, bigotry, poverty and war. 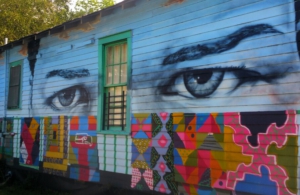 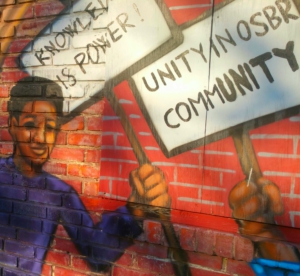