Despite Western powers’ denial of military involvement in Syria, undercover NATO forces are already on the ground, according to recently leaked WikiLeaks documents.

The key document is an e-mail written by Reva Bhalla, director of analysis for Stratfor, a leading private U.S. intelligence agency. The e-mail contains details of a Pentagon meeting that took place in early December 2011 and was attended by members of the U.S. Air Force Strategic Studies Group along with high-ranking military officers, including French and British representatives.

During the meeting, the military officials mention that, despite official claims to the contrary, foreign troops from NATO powers were already on the ground in Syria. “After a couple hours of talking, they said without [saying] that SOF [Special Operations Forces] teams (presumably from the U.S., UK, France, Jordan, Turkey) are already on the ground focused on recce [reconnaissance] missions and training opposition forces.”

When Bhalla asked about what these forces would be working toward, he got the following response from the military officials: “The idea ‘hypothetically’ is to commit guerrilla attacks, assassination campaigns, try to break the back of the Alawite forces, elicit collapse from within.”

The “Alawite forces” refers to the Syrian government. The Alawites are a sect of Shi’a Islam, as distinct from the majority of the Syrian population, who are Sunni Muslims. There is also a sizeable Christian population. The Assad family and some in the ruling circle are Alawites. But Syria has a secular state.

The Syrian population is deeply divided and both sides, the government and the rebels, have a substantial base of support. The dividing line among the population is not simply one of Christians and Alawites on the government’s side, versus the Sunnis on the rebel side. There are definitely many Sunnis who support the government. But with the leading role that the Muslim Brotherhood plays in the opposition, sectarian divisions have been accentuated in the course of the last year. The rebel forces in Syria are made up mostly of Sunni Muslims.

This document appears to show that U.S. and NATO forces are already in Syria planning terrorist attacks and assassinations against the state and training rebels in order to overthrow the sovereign government of Syria.

There have been other reports of foreign troops entering Syria, especially in Homs, which has witnessed fierce fighting between Syrian government forces and rebels. Last month, an Israeli intelligence outfit, Debka, revealed that British Special Forces were “operating with rebel forces under cover in the Syrian city of Homs just 162 kilometers from Damascus.”

In addition to the British involvement in supporting the rebels, a recent security operation in Homs by Syrian forces revealed the role of Mossad, CIA and Blackwater forces after 700 Arab and Western gunmen were captured in the Baba Amr district, the former rebel stronghold. Among the captured gunmen were Qatari intelligence agents and non-Arab fighters from Afghanistan, Turkey and France. Along with the gunmen, advanced Israeli, European and American weapons were captured. A coordination office established in Qatar with intelligence agents from Qatar, Saudi Arabia as well as CIA, Mossad and Blackwater oversaw the rebel military operations in Baba Amr, Homs.

A WikiLeaks e-mail between a Turkish official and a Stratfor analyst exposes the role U.S.-client state and NATO member Turkey is playing in escalating the civil war in Syria by providing training, arms and support to the “Free Syrian Army.” This is a militia that operates out of Turkey and claims to have about 10,000 fighters. The same document also exposes the mainstream media’s propaganda function when the Turkish official comments: “Notice all the talk in the press now about civil war breaking out in Syria. This is the narrative Turkey and U.S. want to build.”

When the Stratfor analyst mentions the challenges in creating the conditions for a civil war due to the strength of the government forces, the Turkish official acknowledges that “it’ll be messy and it will take a lot of blood and time for a Sunni power to emerge in Syria, but that this is the Turkish obligation.”

In a recent interview with BBC, Secretary of State Hillary Clinton has admitted that al-Qaeda and other groups on the U.S. terror list are actually fighting on the same side as the U.S. in Syria,—that is, aiding opposition rebels. In fact, al-Qaeda leader Ayman al-Zawahri has publicly expressed support for Syrian rebels. Recent terrorist bombings in February in Aleppo have been linked to al-Qaeda. These attacks have killed 28 people, including civilians as well as Syrian officials.

Media source on human rights tied to U.S. and Britain

A Reuters photo published in November 2011 also proved the connection between the Syrian Observatory for Human Rights and the British government. The photo depicts the head of the organization, Rami Abdelrahman, leaving the Foreign and Commonwealth Office after meeting with British Foreign Secretary William Hague.

Most of the organization’s reports are based on phone calls and YouTube videos from Syria, without any independent sources to confirm their validity or accuracy. Despite the glaringly dubious nature of the organization and the fact that it is working in coordination with both U.S.-funded NGOs and the British government, mainstream media outlets have extensively relied on this organization as the main source of their news from Syria.

While this London-based organization is mass producing shady reports about alleged human rights violations by the Syrian government, the U.S. and British governments are at the same time setting up the shameless pretext in the U.N. for an armed intervention under the guise of the so-called “Right to protect” doctrine.

Main goal: To install another U.S. puppet regime in Syria

Earlier in February, when a U.N. Security Council resolution to promote regime change in Syria was vetoed by Russia and China, Susan Rice, U.S. ambassador to the U.N., accused Russia and China of holding the Security Council “hostage.” This accusation, from the representative of a country that on 42 occasions vetoed resolutions critical of the state of Israel, is laughable at best. Rice is a leading supporter of the aforementioned “Right to Protect” doctrine, which advocates the “right” of imperialist powers to engage in armed intervention for “humanitarian” purposes.

Historically, the role of the U.S. and its allies in the Middle East has been centered on the drive to install and maintain client states while pushing for the overthrow of independent ones. Oppressive regimes like Saudi Arabia, Bahrain, Kuwait and Qatar enjoy full support as long as they loyally serve the interests of the U.S. and its allies. When needed, they willingly participate in the imperialist plans to overthrow neighboring independent states. The role of Turkey, Qatar and Israel in the latest plot against Syria clearly demonstrates this.

The fact is that the U.S. government and its allies have long been after regime change in Syria. As in the case of Libya, the Syrian state is not a workers’ state nor a socialist country, even though there is substantial state ownership of large industrial enterprises. In a document assessing the country, the U.S. State Department complains that Syria has “failed to join an increasingly interconnected global economy.”

The same document goes on to mention that as a result of the Ba’athists’ (ruling party) ideological fixation on socialism, “privatization of government enterprises is still not widespread.” The economy “remains highly controlled by the government.” Article 14 in the newly adopted Syrian Constitution reaffirms the importance of the public ownership of “natural resources, facilities, institutions and public utilities.” In other words, in the eyes of the U.S. government, by pursuing independent economic policies and refusing to surrender its state-owned enterprises to imperialism, Syria is guilty as charged.

No to imperialist intervention in Syria

If the imperialist project to overthrow the Syrian regime succeeds, it would be a great defeat for the people of Syria and the Middle East. Syria’s resources would quickly be plundered by the Western governments and investors. There would most likely be a violent sectarian conflict between the Alawites, Christians and Sunnis that make up the Syrian population. The new puppet government would willingly sign a peace treaty with Israel, causing a historic setback for the Palestinian struggle.

It does not take much imagination to draw these conclusions about Syria if we only take into account the recent and grim aftermath of the NATO intervention in Libya. The progressives and liberals who earlier rushed to cheer for the so-called “Libyan revolution” are now left to make excuses for a group of NATO-installed criminals whose short record includes racist lynchings, mass executions and the handing over of Libya’s resources to their imperialist masters.

U.S. imperialism is driven by the expand-or-die logic of capitalism to dominate the world politically, economically and militarily. Backed by mainstream media lies and despite its fake rhetoric of “freedom, democracy and human rights,” its interventions are intended to increase profit for its capitalist class and secure its global domination.

It is the responsibility of all progressive and revolutionary forces to oppose all forms of intervention in Syria, whether by the U.S. government and its imperialist allies or by their client states. Hands off Syria! 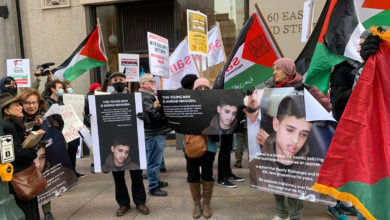 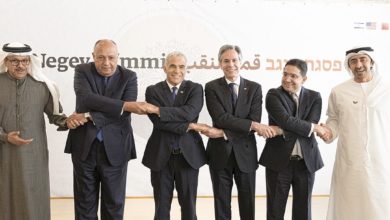 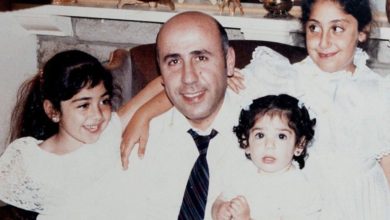