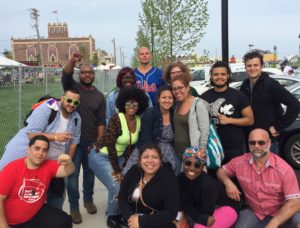 Supporters of the La Riva/Puryear campaign mobilized to do outreach at LGBTQ Pride in Asbury Park and Newark.

The Gloria La Riva for President campaign of the Party for Socialism and Liberation has successfully completed the requirements for appearing on the New Jersey ballot for the November 2016 General Election. New Jersey voters who go to the polls will have the option to vote for La Riva and her national running mate Eugene Puryear.

The New Jersey Department of State Division of Election counted 1,714 signatures on the petitions submitted by the PSL’s campaign. The State of New Jersey requires 800 valid signatures and 14 electors to gain ballot access.

The 2016 election campaign marks the third time that that PSL has gained ballot status in New Jersey. The previous times were in 2008 and again in 2012.

“Petitioning opened many eyes, especially to the younger people who weren’t planning to vote due to the choices they had. Many took interest in socialism and took my number down asking for updates. I sat down on the PATH train with LGBTQ youth who loved the fact the PSL identified with them as opposed to most political parties. After it appeared that Bernie Sanders would not gain the Democratic Party nomination, I walked into several bodegas with Bernie signs in front and talked about alternatives to the status quo and socialism,” said Max-Evan Aguayo, a member of the PSL in Jersey City.

“I became an agitator for socialism at my workplace as almost every employee signed in my job as a NJ Turnpike toll collector including supervisors,” added Aguayo.

The growing interest in socialism comes as attacks on workers by the capitalists and their state increase. These attacks are exemplified in Atlantic City where a third of the casinos have closed down or come close to bankruptcy, keaving tens of of thousands of South Jersey workers without jobs while casino owners have recieved billions in tax abatements. Recently workers have been on strike at five of eight of the remaining casinos in Atlantic City, fighting for new contracts. Teachers and other state workers have been consistently under attack as the state has moved to cut billions of dollars from state workers pensions. The move toward privatization in education is exemplified by the state’s takeover of city school systems in cities like Newark and Camden.

New Jersey is home to the poorest city in the United States — Camden — with two out of five city residents living below the poverty line and the majority of the city right around the poverty line. Working people in other New Jersey cities do not fare much better, with Newark having the highest per capita of residents in need of food stamp assistance. Additionally, Newark, New Jersey’s largest city, is a food desert without any food store or access to healthy food in the entire city. 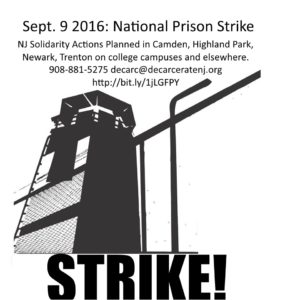 PSL joins Decarcerate NJ and other activists in mobilizing for the Sept. 9 prison strike

The response of the rich has not been to address these miserable conditions, but meet them with police violence and mass incarceration. African Americans are 12 times more likely than whites to be incarcerated in New Jersey — the highest racial disparity in the United States.

In cities across the state, communities are fighting against racist police murder and demanding justice. A 2014 Department of Justice study showed that 75 percent of pedestrian stops in Newark were unconstitutional, and in a city that is more than half Black it was 2.5 times more likely for Black people to be detained by police than whites.

The La Riva/Puryear campaign endorses and will be mobilizing for the September 9 National Prison Strike where those incarcerated will be carrying out work stoppages in prisons across the state with with solidarity actions outside and at other key locations. 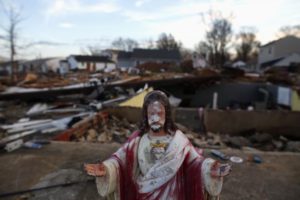 Under capitalism there is no plan to minimize the effects of natural disaster or to recover in the aftermath. Private insurance companies and the rich control recovery efforts in the interest of super profits. Four years after Hurricane Sandy hit the Jersey Shore, there are still thousands of displaced people with some working class areas remaining in shambles.

The PSL’s La Riva/Puryear campaign has provided a source of new organizing among working class people, especially among the youth. 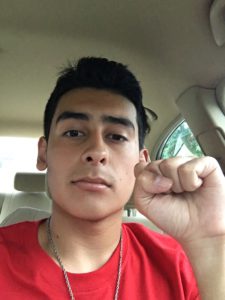 Nicolas Sanchez, although only 17, has formed a PSL campaign committee in Monmouth County that plans on promoting the socialist candidates

“Though I am only soon to be 18, I’ve considered myself a socialist since long before the Sanders campaign, and being fed up with what I was watching on the news every day, I reached out to the PSL through their website several months back, and have found it to be the perfect party for someone of my political beliefs and one that also offers more to learn and study about socialism.

“I have found many of my peers share an interest in socialism and are striving for political change which we have been fighting for with the PSL. I’m more than happy to be an organizer here in Monmouth County for a presidential campaign that can truly promise the political revolution that the American people have been desperately crying out for.”