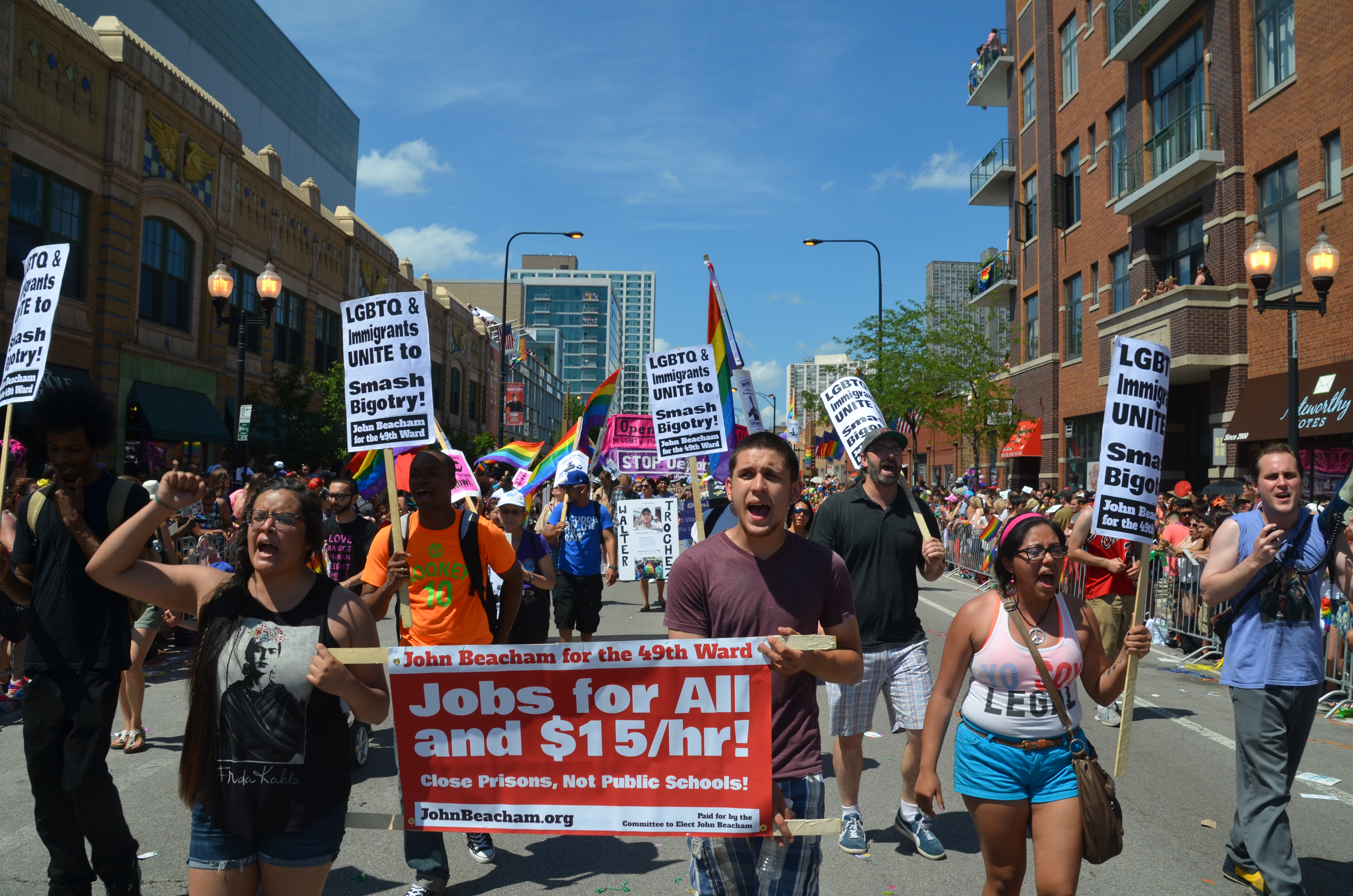 A record number of over one million people attended Chicago’s Pride Parade. The  refugee and immigrant rights contingent organized by the Gay Liberation Network  sent a clear message that the LGBTQ struggle is the same as the immigrant rights struggle. Despite same sex marriage being passed in Illinois, the struggle for full equality for LGBTQ and immigrants persists.

First time marchers in the Pride Parade joined the John Beacham for City Council, 49th ward campaign for this very reason. Tali Arroyo, student, states, “Although I’ve lived in Chicago my entire life, I had never been able to attend a Pride Parade. I have also been trying to
be more directly involved in social justice, so marching in the immigrants’ rights contingent for Pride was the perfect opportunity. I hugged a kid in the crowd who was almost crying when he told me he was “illegal” [undocumented was what he meant] and supported us. I threw my voice out on the bullhorn chanting “bigots, bigots, bigots got to go!” while staring directly in the face of some ringleader of a right-wing conservative homophobic group. I felt the heat of the moment and it carried me through the entire route of the parade. At one point there was a group of young Latino boys who also felt the power of our message and became enthusiastic with our chants. This was an amazing experience for my first Pride Parade.”

Josh Back, student, joined Chicago Pride Parade and the John Beacham for City Council, 49th ward because, “It is important for me that I am out for my politics. Politics and my life are intertwined, even if I don’t want them to be. I can be fired for being gay in 29 states- that’s a real thing. At pride, being in an immigrant rights and no deportations contingent, we have power in numbers. Pushing for a socialist nation includes me being active in politics.”