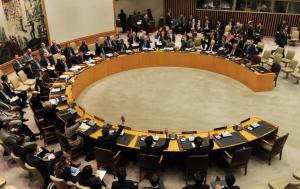 On March 2, a resolution unanimously approved by the United Nations Security Council dramatically expanded the sanctions regime against the Democratic People’s Republic of Korea, or North Korea. The sanctions are considered the harshest the country has faced in two decades in response to North Korea’s most recent nuclear test on January 6 and a rocket launch on February 7 that was used to put a satellite in space but was considered by the United States government to be an unapproved ballistic missile test.

The Philippines already seized a cargo vessel linked to North Korea in the first act of enforcement since the new sanctions were implemented.

The new round of sanctions mandate that countries inspect all sea and air cargo to and from North Korea, cut off shipments of aircraft and rocket fuel, ban and restrict all revenues to the government except for humanitarian uses, in an effort to cut off funds for North Korea’s nuclear weapons program. The resolution also bans the export of coal, iron, and iron ore along with all exports of gold, titanium ore, vanadium ore, and rare earth materials. On top of all this, the resolution prohibits all countries from opening new branches, subsidiaries and representative offices of North Korean banks, bans financial institutions from establishing new joint ventures or establishing or maintaining correspondent relationships with these banks, and orders countries to close
all North Korean banks and terminate all banking relationships within 90 days, further tightening the financial stranglehold on North Korea’s constrained financial sector.

All of these restrictions are in addition to other sanctions accumulated over the years that starve the country of money and resources, keeping North Korea in the words of George W. Bush “the most sanctioned country in the world.”

Despite any reassurances to the contrary, the sanctions are an attack on the people of North Korea. The experience of Iraq, where genocidal sanctions throughout the 1990s caused, according to United Nations’ estimates, over 1 million deaths including half a million children as a result of the sanctions alone,  should put this lie to rest.

The language of the multiple sets of sanctions on North Korea is broad and vague enough that many items necessary for the daily operations of a complex society are subject to restrictions based on “dual-use” clauses (items with both a civilian and military capacity). Many basic chemical, biological, electrical, and medical substances for normal daily living, including chlorine, syringes, x-ray equipment, medical isotopes, blood transfusion bags, even graphite for pencils, are subjected to restrictions.

North Korea has been under sanctions since three days after the Korean War began in 1950, but since the counter-revolutions in the Soviet Union and East European socialist states in 1989-1991 North Korea has become much more isolated, and US imperialists have seized the opportunity to make the effects of sanctions more severe. The results of the sanctions regime have been devastating to the people of North Korea: starvation, chronic malnutrition, and shortages in health care and industry. All of these were at their worst during the Arduous March of the 1990s, a period of widespread shortage and starvation which was undeniably exacerbated by sanctions in the wake of North Korea’s newly isolated international position. Humanitarian aid, which would not be necessary were it not for the sanctions, is hindered and discouraged by the extreme difficulties imposed by the sanctions and also used as a weapon to extract concessions from North Korea on its nuclear program.

The aftermath of years of sanctions is then spun against North Korea as propaganda against the socialist government. North Korea is accused of human rights abuses, which then justifies more sanctions. The hypocrisy of this is shown by the fact that plenty of governments that commit human rights abuses – such as Saudi Arabia, Israel, or the United States – face no sanctions. The concern about human rights in North Korea is a smokescreen for attacking a country that committed two cardinals sins against imperialism: being independent and socialist.

It is only by the virtue of North Korea’s socialist foundations that the people been able to sustain themselves against this attempted genocide and achieve remarkable successes in spite of these obstacles. In 2010 the World Health Organization Director General Margaret Chan called North Korea’s health care system the “envy” of developing nations with one doctor per 130 families, a record in Asia. In 2014, North Korea had greater economic growth at 1.0 percent to the Eurozone’s 0.9 percent, which faces no sanctions.

North Korea’s nuclear deterrent is necessary for its survival

U.S. sources acknowledge that the Korean War killed upwards of 2.2 million North Koreans out of a 1950 population of almost 9 million. In the wake of a war that killed almost a quarter of its population and totally decimated its infrastructure, North Korea survived, rebuilt itself from the ground up, and maintained its independence. During and since the war, North Korea has faced repeated threats of nuclear annihilation from the U.S. government, even as recently as 2010.

In 2002, George W. Bush effectively declared war on North Korea by labeling it a part of the “Axis of Evil” with Iraq and Iran. Iraq was invaded and destroyed the next year. Then-Undersecretary of State John Bolton warned North Korea to draw the appropriate lesson. This lesson was not lost on North Korea. In the wake of the 2003 invasion of Iraq, North Korea’s foreign ministry stated that “to allow disarmament through inspections does not help avert a war, but rather sparks it,” and that “only a tremendous military deterrent force” can prevent attacks from the U.S.. Less than a decade later Libya faced the same fate as Iraq after disarmament. The Libyan example only reinforced the correctness of North Korea’s assessment.

Since North Korea began nuclear tests in 1998, the United States has spent $8 billion annually to maintain and update its nuclear arsenal, not to mention additional spending to develop new nuclear and non-nuclear weapons of mass destruction with enemies like Iran, Russia, and North Korea in mind. In this context it becomes apparent that it is necessary for a small, oppressed country like North Korea to develop a nuclear deterrent in order to defend itself from a repeat of the genocidal Korean War and maintain its sovereignty, and it violates no international laws to do so. It is hypocrisy for the same countries that are spending hundreds of millions of dollars modernizing their nuclear stockpiles – even in the midst of austerity regimes – to condemn and punish North Korea for developing a defensive nuclear capacity.

Progressives and anti-imperialists, especially in the United States, should stand against these new sanctions as an attack on the independence and sovereignty of the North Korean people. They should not be afraid to say “U.S. hands off Korea!”