NYC, New Jersey say ‘no’ to intervention in Venezuela 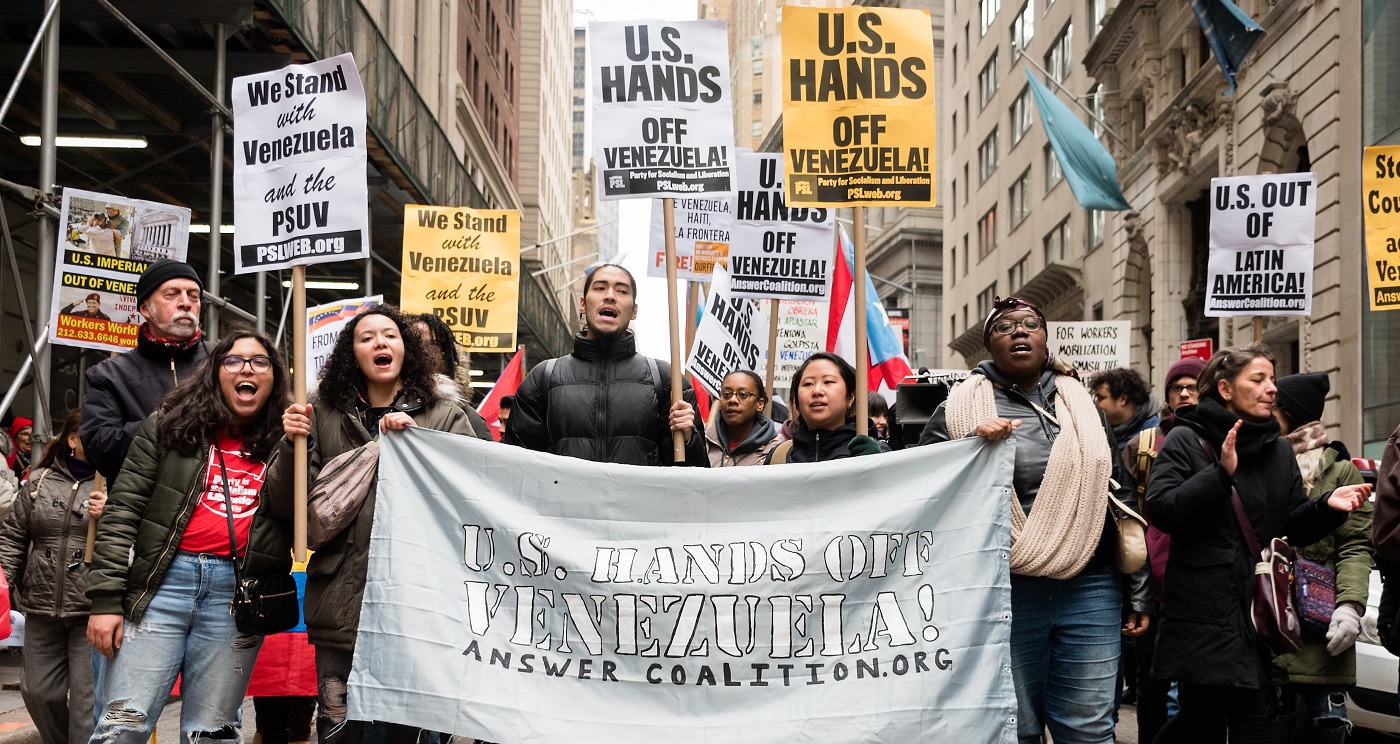 In the caverns of Wall Street. Liberation photo: Vincent Tsai.

Feb. 23 was a day of unity and defiance, as demonstrations and support actions were organized in over 100 cities around the world against a possible U.S- backed military intervention in Venezuela. The New York City and New Jersey branches of the PSL proudly took part in this critical class struggle in solidarity with the Venezuelan people.

Called by the International Action Center, several thousand gathered in New York City in front of the Trump building by the New York Stock Exchange to protest the Pentagon and corporate media campaign of lies to justify regime change. People came from all over the city, and some from other states, to voice their anger.

Organizations participating included groups from the Puerto Rican and Latin American left, such as Puerto Rico Libre, and Black nationalist organizations such as the December 12th Movement. Dozens of Venezuelan flags flew in the air and were met in solidarity by several Haitian, Puerto Rican and Cuban flags.

The event began with a rally, where speakers, fiery with fury, denounced U.S. attacks on Venezuela. Speakers pointed to the exorbitant military expenditures here when social programs are heavily underfunded, education is crumbling, student debt is mounting, and there is a need for quality universal healthcare. 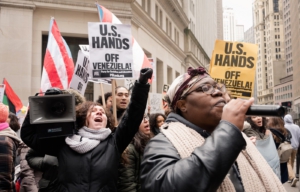 A short march ended at Zuccotti Park as a symbolic nod to Occupy Wall Street, which was based there. Many stayed and chanted “Hands off Venezuela” as the energy from the large crowd could not be contained.

It wasn’t long before a splinter march stormed into the newly constructed white marble “Oculus” structure at the nearby World Trade Center site. Marchers young and old defiantly chanted in support of Venezuela. Working-class onlookers and tourists videoed the action, took literature. Many expressed solidarity with some joining in. The event concluded with an impromptu speak out about why people are mobilizing around the country for a “Hands off Venezuela” demonstration in Washington, D.C. on March 16, encouraging all to join.

New Jersey activists held their demonstration in Newark, the state capitol, outside the local offices of New Jersey’s U.S. Senators Bob Menendez and Cory Booker. Activist and community members from many cities convened to denounce not only the possible military intervention in Venezuela but the attempted coup against President Maduro and criminal sanctions implemented by the United States.

A huge banner that read, “New Jersey says: Hands Off Venezuela” was in full display as drivers honked their horns as a sign of support. Attendees called out Menendez, Booker, and the entire Democratic Party apparatus for their complicity with Trump’s aggression against Venezuela.

The action was called by a coalition of antiwar groups which included the ANSWER Coalition, Resist the Deportation Machine and NJ Antiwar Agenda. The rally included activists from the Party for Socialism and Liberation, Green Party, New Afrikan Black Panther Party, and People’s Organization for Progress.

Speakers emphasized that we must organize and be united in debunking Trump and the Pentagon’s false message of humanitarianism as imperialist militarism and that, as U.S. aggression builds, it is becoming more critical to challenge the mass media’s vilification of the Venezuelan government.

The people delivered a message this Saturday to the ruling class that we will bring to the streets again on March 16! Hands off Venezuela! 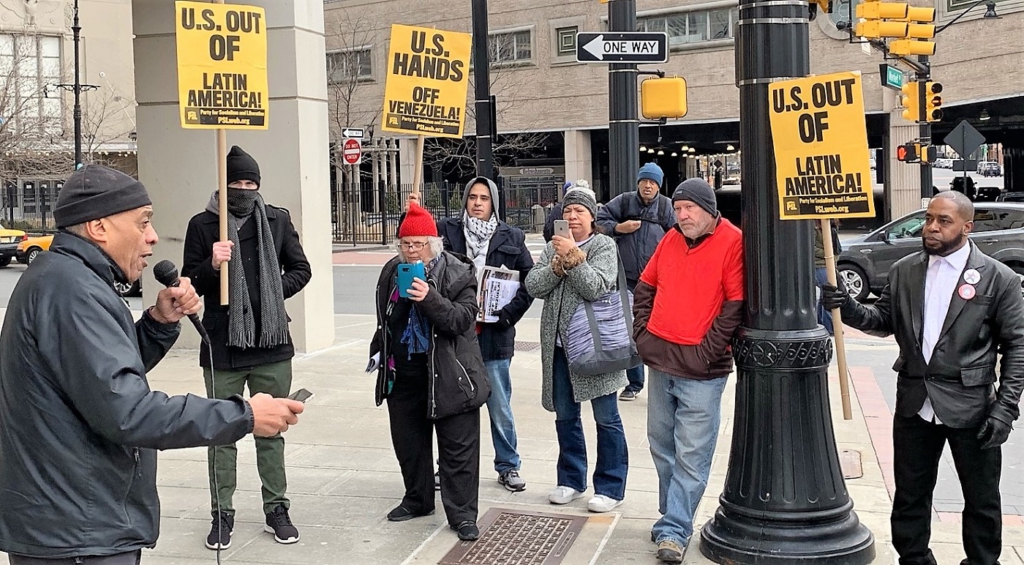