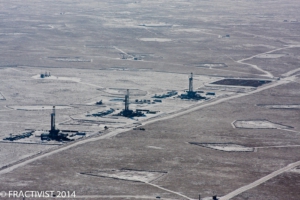 On March 23, in a case closely watched by the oil and gas industry, a three-judge panel at the Colorado State Court of Appeals sided in a 2-1 decision with six teenage plaintiffs seeking to block the expansion of hydraulic fracturing, or fracking.

This is a reversal of fortunes for the environmental and anti-fracking movement which has suffered loss after loss in Colorado courts recently. In 2016, court decisions overturned a fracking moratorium in Fort Collins and a fracking ban in Longmont. Recently, state lawyers, doing the bidding of the oil and gas industry, have filed a lawsuit against Boulder County’s fracking moratorium.

The recent appellate decision stems from a 2013 petition that a group of courageous teen activists, affiliated with Boulder-based activist group Earth Guardians, filed with the Colorado Oil and Gas Conservation Commission (COGCC)—a body which oversees drilling operations in the state—to halt fracking everywhere in the state until it can be scientifically proven that it does not harm human health and the environment.

The COGCC rejected the petition, and their action was upheld by a state district court.

Essentially, the COGCC argued that they didn’t have to consider the youths’ petition because, according to their interpretation of state law, their job is to “strike a balance” between for-profit drilling on one hand, and protection of public health and the environment on the other. The youths’ proposed rule would have upset this “balance” by firmly placing public health and the environment ahead of corporate profit considerations.

In practice, the so-called “balancing test,” itself a hideous concept, is nothing but a sham. Plaintiffs couldn’t find a single case where a drilling permit had been denied by the COGCC for health or environmental reasons. In other words, the language of “balance” only serves the purpose of deceiving Colorado residents who are increasingly questioning the expansion of fossil fuel production in their backyards.

With the introduction of fracking as an extraction technique over the last decade, Colorado emerged as the seventh largest oil and gas producer in the United States with more than 50,000 active oil and gas wells and more than 45,000 inactive wells waiting to be cleaned up.

This has given rise to a powerful movement by Colorado residents to ban or limit fracking, especially around densely populated cities, because of its adverse impact on human health, the environment and the climate.

In addition to the well-known dangers to health and environment from the burning of fossil fuels, oil and gas production has been linked to an increased risk of cancer and respiratory disorders, especially in children and the elderly. A recent study linked ozone smog pollution from oil and gas production to more than 750,000 summertime asthma attacks in children under the age of 18. Colorado, with more than 32,000 asthma attacks a year, is ranked as the third-highest rate in the country.

The 2-1 appeals court decision is a rejection of the “balancing test” interpretation of the COGCC, and says that “protection of public health, safety, and welfare, including protection of the environment and wildlife resources” (as stated in the Colorado Oil and Gas Conservation Act) is a condition that is not to be “balanced” by the COGCC, but rather “fulfilled.”

The ruling means that the COGCC must reconsider the youths’ petition, and most importantly opens the legal door for other restrictive measures on drilling. It won’t immediately impact future permitting, and the ruling can be reversed by further appeals.

The ruling was the product of courageous struggle by a group of young activists and followed years of organizing and street demonstrations by the community.

Under capitalism, the courts, more often than not, protect the profits of the corporations over the needs of the people. The case of Colorado demonstrates how when the people organize, we can win. But ultimately, rather than constantly fighting an uphill battle for the most meager environmental protections, we must fight for a new system, a socialist system, that puts the health and well-being of the people and the planet first instead of the profits of a few.