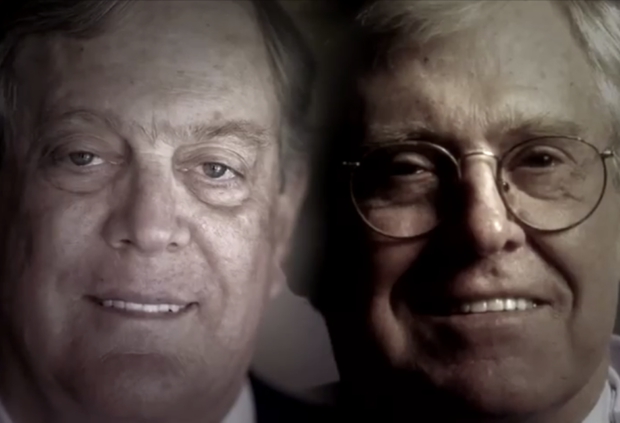 Several of the nation’s top natural history museums face a torrent of criticism for close ties to the fossil fuel industry, including the oil billionaires Charles and David Koch. Several of these museums, including the Smithsonian National Museum of Natural History, have featured climate-change exhibits that downplay the effects of human activity—and fossil fuels in particular—in climate change. Over 50 top climate scientists recently sent an open letter to hundreds of museums around the country calling on them to divest and reject funding from the fossil-fuel industry and remove corporate oil executives, such as David Koch, from their boards of directors.

Climate change includes warmer global temperatures, melting ice sheets, and increased extreme weather events and has been conclusively linked to an increase in atmospheric carbon dioxide, 94 percent of which is caused by burning fossil fuels. These basic facts are not in dispute among the scientific community, as a NASA poll found that 97 percent of climate scientists agree that climate change is caused by human-produced increases in atmospheric greenhouse gases.

These findings have clear implications for fossil-fuel use, which currently accounts for over 85 percent of worldwide energy production, though renewable energy sources such as solar and wind have been increasing rapidly.

To stem this tide, fossil-fuel interests such as the Koch brothers have spent huge amounts to discredit climate science, both by funding politicians that question human-caused climate change and by funding research and educational campaigns to misinform the public on climate change. Greenpeace calculated that Charles and David Koch have spent over $67 million on climate-denial groups, and other fossil-fuel interests provide millions more to similar groups and climate-denial scientists.

The two most famous natural history museums, the Smithsonian National Museum of Natural History and the American Museum of Natural History in New York, have accepted several major donations from the Koch brothers, such as $35 million and $20 to fund new dinosaur halls and $15 million to the hall of human origins. Several of these museum wings are named for David Koch. Koch is the largest individual donor to the museums and he also sits on the each museum’s board of directors.

A 2014 report by the Dallas Morning News found that science centers face increasing pressure from donors and politicians to downplay the role of humans in climate change. Although museums routinely claim that donors do not determine the content of exhibits, scientific criticism has followed a number of the exhibits funded by oil money, such as the Smithsonian exhibits that downplayed the roles of humans and fossil fuels in climate change and asserted that humans could “evolve” to adjust to climate change. Such statements are without scientific merit, since human evolution occurs on a much longer time frame.

In Dallas, an exhibit on climate change at the Perot Museum of Nature and Science, which is funded by over $200 million from several oil and gas executives, was altered to omit a panel that linked fossil fuels, higher greenhouse cases and higher temperature. The museum’s vice president of programs claimed the panel was lost in the bustle of the exhibit’s opening.

The struggle over fossil-fuel divestment by museums also highlights the politicized state of scientific research under capitalism. While scientists are often presented (and often think of themselves) as fair-handed arbiters of “the truth,” in reality the class struggle impacts scientific research in a number of ways— such as who funds the research and what the material implications are of a certain experimental finding.

Of all scientific fields, climate science is among the most impacted by politics, as billionaires and oil corporations seek to discredit research that could negatively impact their profits. So the decision by a group of prominent scientists to call for divestment and removal of oil executives from governing boards is a step forward in the ongoing struggle for fossil-fuel divestment by universities and pension funds.

While there is now little debate within the scientific community about what causes climate change, these efforts by fossil-fuel interests have led to much disinformation among the public, especially in the United States. In a recent poll of 20 of the largest countries, one question asked was whether the respondent agreed that climate change is largely the result of human activity. The U.S. ranked last at 54 percent (China was highest at 91 percent). Efforts like the open letter will help fight back against the flow of disinformation.