Organizing on the job: ‘Standing up to the boss for the first time is huge’ 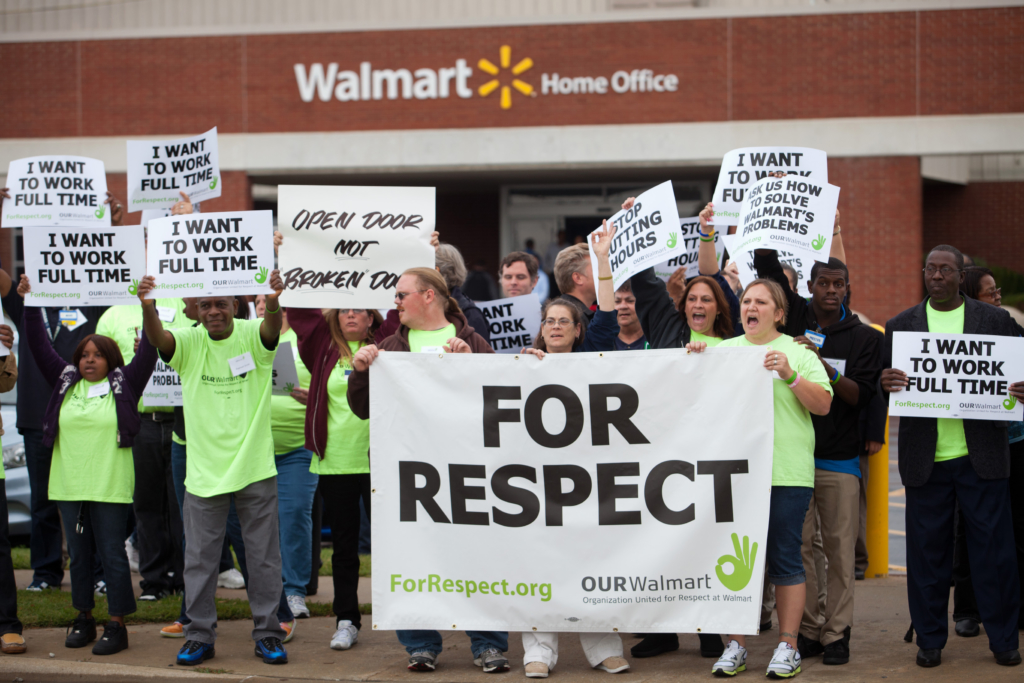 Reports of strikes and heroic labor victories are always inspiring. But every large struggle begins with a single step, and is built upon the patient, day-to-day efforts of worker-organizers on the job. Without this, no labor victory is possible. This reporter interviewed Maria, a union staff organizer; Peter, a food service worker; Shoshana, formerly a wait staff worker and now working to unionize her office; and John, an organizer for a large labor union. Here are their stories:

What motivated you personally to become involved in organizing on your job?

Shoshana: When I started my job the person training me quit. A second person said to me, “This job sucks and the pay is horrible.” So right away I knew that something had to be done.

Maria: Seeing a workplace where folks were being taken advantage of and being treated like they were disposable and replaceable, almost like machines and not validating peoples’ feelings, peoples’ injuries, peoples’ circumstances, whether it was living conditions, or personal circumstances, or a parent who can’t get someone to take care of their kids.

What are the biggest challenges to organizing?

John: There is a whole industry around union-busting. Some private firms charge hundreds of dollars an hour for these consultants who come in and train management on how to stop a union drive wherever workplace organizing is happening. It’s a huge industry, and tons of money goes into it.

Peter: The biggest challenges are relationships between workers. People can get upset at what’s happening on the job, or maybe they see someone who isn’t working as hard as someone else. That pits worker against worker, which is what the managers want. It works out best for management when we focus on each other and not on the overall conditions that effect us all. It works best for us when we work together.

Maria: I think that some of the biggest challenges in my experience is getting people to feel that organizing is personal to them. Some of the biggest issues were the interpersonal dynamic between co-workers, understanding that you have so much more to gain by organizing together than standing alone. Accomplishing this is one of the most challenging things about organizing.

What are the biggest rewards?

Shoshana: To have someone stand up for themselves the first time is a huge deal. We are so used to having the terms of our work dictated to us by the boss. When you see the wheels turn and see people learn that together we can make some changes, it is really special.

Maria: The biggest reward is having people really feel empowered and feel like they are able to make a change.

John: When workers come together and see that they can change things at the workplace, they start becoming more class-consciousness and can start applying that to other parts of their lives.

How important is feedback from co-workers?

ALL: “Listening is very crucial” “Definitely important” “It is the most crucial thing, because without knowing where people are at, you don’t have a starting point, “Being approachable and being patient with people is key.”

Peter: If you don’t get feedback from co-workers you are going to have a hard time knowing what you should be advocating for.

What are some of the difficulties? How do you overcome them?

Maria: One difficulty that came out of the workplace was that management’s anti-union campaign created division by pitting workers against each other. That created a very toxic atmosphere in the workplace.

John: The main tool that a boss has is division in the workplace. For example, say that you are building a committee of workers in the workplace to unionize. But say, in a supermarket or store, everyone you are working with is in one department. You don’t have anyone from the other departments. That can make it difficult and sow division. If the boss finds out they’ll just say that it is just “those folks.” That can manifest itself in different ways, and it can be difficult to overcome. So you need really representational organizing. A company’s biggest tool isn’t just winning workers, it is confusing workers.

Shoshona: Fear of being fired is definitely a big thing. I think what we can do is let a co-worker know that they have rights on the job, educate them on what those rights are, and show by example that we have their back.

John: It isn’t an easy task to get people together who have very different experiences in life, who live in different neighborhoods, who have different racial or gender backgrounds. You need to consciously build solidarity.

What happened on your job?

Peter: One day the District Manager was asking my co-workers to stand outside and block the sign that said that we had failed the Department of Health inspection, which is basically deceiving the public. So we drafted a petition that we shouldn’t be doing this, and my co-workers were all on board. My manager got word of what was happening. He quickly let us know that no one would have to stand outside front of the door. We found out that the reason he backed down was because of the petition, just the threat of organizing made him back down.

We had another situation recently. Another co-worker was threatened with getting fired because her daughter has asthma and she had to take her to the hospital; because she called out, and she was on her final notice. She was going to be fired. So we all talked about it, and I had a very long discussion with my boss that it was immoral and wrong for him to be doing this. The boss ended up giving her a better schedule so she could stay and not be fired. It just goes to show that when you resist and give a lot of push-back you can save your co-workers from being fired. 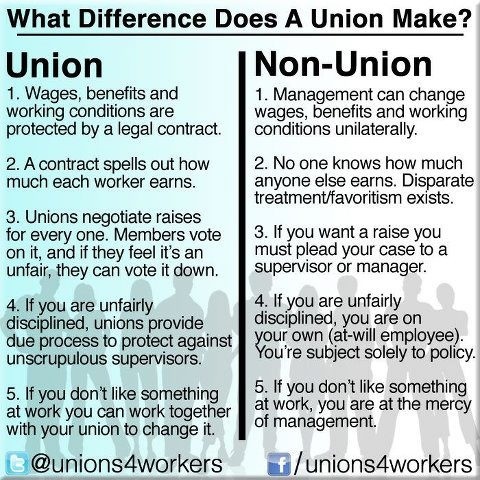 What have you learned from co-workers that has helped in organizing?

Shoshana: First thing I learned on my restaurant job was the people who had the most to lose were the quickest to be on board. It was actually the bussers were the first to put their names on a petition. Most of them were undocumented immigrants supporting families. They were the ones who were vulnerable to the company’s calling ICE. They were still willing to stand up.

Some workers brought experiences from organizing in their home countries, such as Bangladesh, Guatemala, and Mexico.

Maria: Organizing a union is very different than going into where there already is a union. Workers are much more vulnerable. One thing that I learned from organizing was the importance of being able to talk with people and meet them where they are at; being empathetic and also be approachable at the same time. The importance of really be able to explain my beliefs and build solidarity.

How do you overcome workers’ fear of retaliation by the boss?

John: There is an inherent fear that workers have that, if you have a private conversation with a worker and you start talking about a union, that the boss will find out. They have this automatic intuition that many workers have – it is a class intuition. They feel that they may get fired.

Educating and training workers on their legal rights, or on strategic ways of moving forward, is absolutely necessary. The more workers know the better. We want the workers to be as trained on their rights as the union staff is. It doesn’t take a lot for a worker to be more knowledgeable with labor law than their manager. A worker can often quickly learn more than their manager. That knowledge can be very powerful.

Maria: What really builds that confidence is community and having a collective group of folk who will have your back. It is knowing that you are not alone and if something happens and you are retaliated against that there will be people there to back you up.

Is it important to your co-workers to be a good worker?

How important are on-the-job survival skills in organizing?

Peter: I feel like it is a big part of organizing. I feel like knowing what you can get away with and what you can’t is part of building solidarity with your co-workers. We were pretty risky with what we talked about with our managers. But we had previously done things like work slowdowns.

John: There is a different culture in every company. Knowing your limits are important, you don’t want to take on all the tasks of the organizing committee and get burned out. It’s important to have a balance. You don’t want to be the most “radical” person all the time. It is always important to have the flavor of the workplace. Checking in with your organizers is crucial. Organizing is a democratic process and should be seen that way.

Some workers don’t appreciate how much power they really have to change. Is that a big issue?

Shoshana: Everyone can really make a contribution. We have a single mom of a newborn baby. She can’t come after work, but she comes when she can. Every week she comes to a meeting and trying to bring someone. She comes on her lunch break. She often talks to other workers and puts the organizers in touch with these people. I think it‘s surprising that people who can’t come to every meeting are often the ones who are doing most of the work. Some people who can never make it to a meeting are the ones who are the most active in talking with their co-workers.

Maria: It’s very rewarding to help people really feel empowered and feel like they are able to make a change. It’s very rewarding to really be able to put some fear into management and show them that workers are the ones who create the wealth and we are the ones who generate the money. If you are able to get to the point where you can start negotiating a contract that’s a great reward. Even if you don’t get to that level it is still good to show power at the workplace and try to make changes. Even a small gain is still a victory.