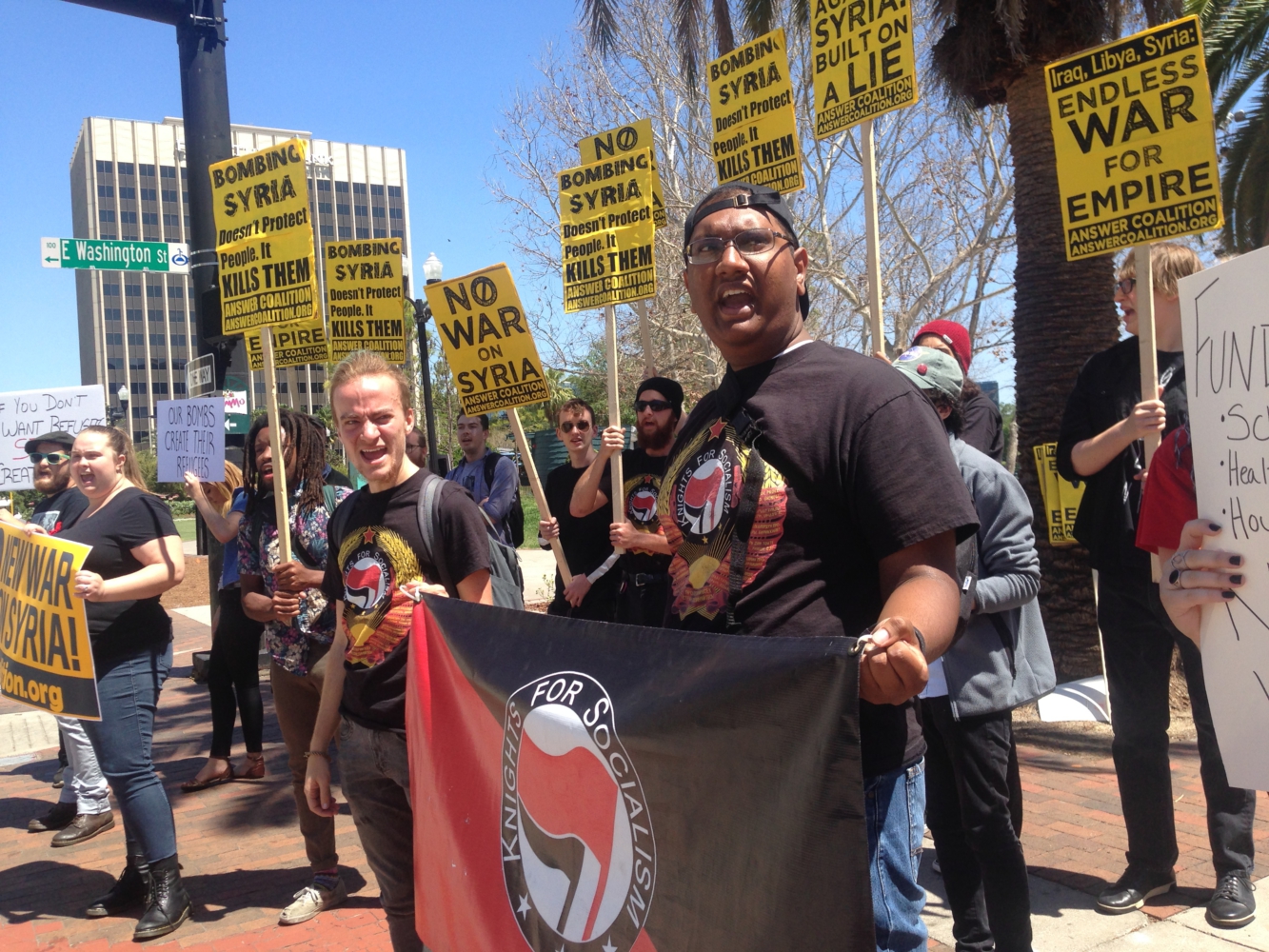 On April 9, around 50 protesters convened on crowded Lake Eola Park in Downtown Orlando, in an emergency anti-war protest and march. Organized by members of the ANSWER Coalition, the Party for Socialism and Liberation, the UCF student group Knights for Socialism and the Orlando Workers League, the march was very successful in initiating a dialogue among members of the community.

All eyes were on the activists as they garnered attention from all ends of the political spectrum. Many supporters of the Trump regime shouted and swore their disapproval, while church-goers leaving their Palm Sunday mass greeted the protesters with affection and peace signs.

When asked why they had assembled to protest, one organizer exclaimed: “It is all too similar to the buildup to Iraq. We don’t have all the information, we already killed civilians, including children, in that strike, and no military solution can bring about the kinds of changes necessary for the region to be palatable to Western sensibilities and cultural norms, nor should they have to be. In short, you can’t bomb people into seeing it your way and any further military action by the United States will be used as a recruiting tool for ISIS. ISIS has already taken advantage of the chaos we created with one strike and moved in on the areas surrounding the airstrip.

“War in our time is always indiscriminate, a war on the most vulnerable sectors of society. We consistently kill more civilians than intended targets and then wonder why people are willing to follow any group who promises vengeance on the West. The point of whether this was Assad or not is irrelevant; at this point, he stands between a stable Syria and allowing it to fall into the hands of ISIS. That is the choice we face in reality with regard to Syria.”

Another commented: “We stand against all imperialist wars. War is for the bankers, the billionaires, and the ruling class politicians. It’s not for our class, the working class. This war is killing people here by depriving them of basic needs and it’s killing people in Syria with the terrorism of illegal war.”