On March 3, voters of San Diego California’s 50th district got the chance to vote for their preferred congressional candidate. The top two choices will compete in November for Duncan Hunter’s old House of Representatives seat. Democrat Ammar Campa-Najjar and Republican Darrell Issa are the only candidates moving on due to the highly undemocratic top-two system.

José Cortés of the Peace and Freedom Party finished seventh out of ten candidates in a crowded field that included four “major” candidates seeking to succeed Duncan Hunter, an extreme right-winger who resigned after being indicted on corruption charges.

Cortés joined the race in October, waging a dynamic campaign and intervening in order to provide an anti-imperialist alternative for residents of his home district. During the campaign, Cortés led protests against war and sanctions on Iran and Iraq. He also demonstrated outside one of Carl Demaio’s anti-immigrant town halls, crashed the stage at the Valley Center candidate forum, dominated the Palomar College debate and more.

Cortés spoke at a recent public forum about the Peace and Freedom Party’s rich history. He emphasized the importance of continuing to organize outside the bourgeois electoral arena:

“That’s what really separates our campaign from the other candidates—from the two capitalist war parties—that are running also in the 50th district. Our campaign this entire time has been a community effort. It has been run by hard-working volunteers; by students, by the disabled, by people on the verge of chronic homelessness, by people undergoing tens-of-thousands of dollars of ridiculous and frivolous debt that doesn’t have to exist. These are the people who have been fighting for the issues in the 50th district like rent control, like access to real, dignified healthcare, like childcare and ending the gender pay gap that exists in this country.”

Running in State Assembly District 14, covering parts of Contra Costa and Solano counties, Peace and Freedom Party candidate Cassandra Devereaux finished third out of three candidates behind the Democrat and Republican, receiving a strong 7.4 percent of the overall vote, and 8.9 percent in the Solano County portion of the district.

The central focus of Devereaux’s campaign was a proposal that the notoriously racist and brutal Vallejo police department be held accountable to the people and placed under state receivership. The population of Vallejo, city of 121,000, is made up of more than 70 percent people of color, who suffer under a regime with the highest rate of police killing in northern California.

Devereaux’s platform called for universal housing, non-compliance with ICE, community ownership/control of Pacific Gas & Electric, MediCal for all and prioritizing education, among other points.

As of the publication of this article, more than three million ballots remain to be counted across the state.

We must keep building our own independent movement. It is clear that the working class needs a militant, multinational socialist party in order to wage political struggle against the imperialist Democratic and Republican parties. 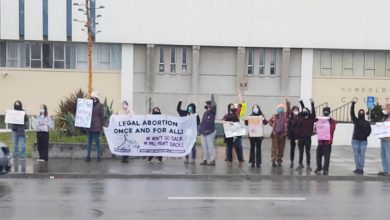 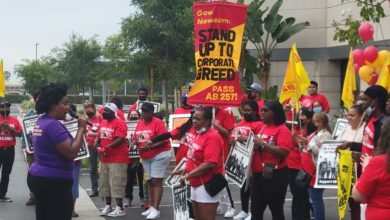