Peaceful rally in solidarity with terminated workers dispersed by police 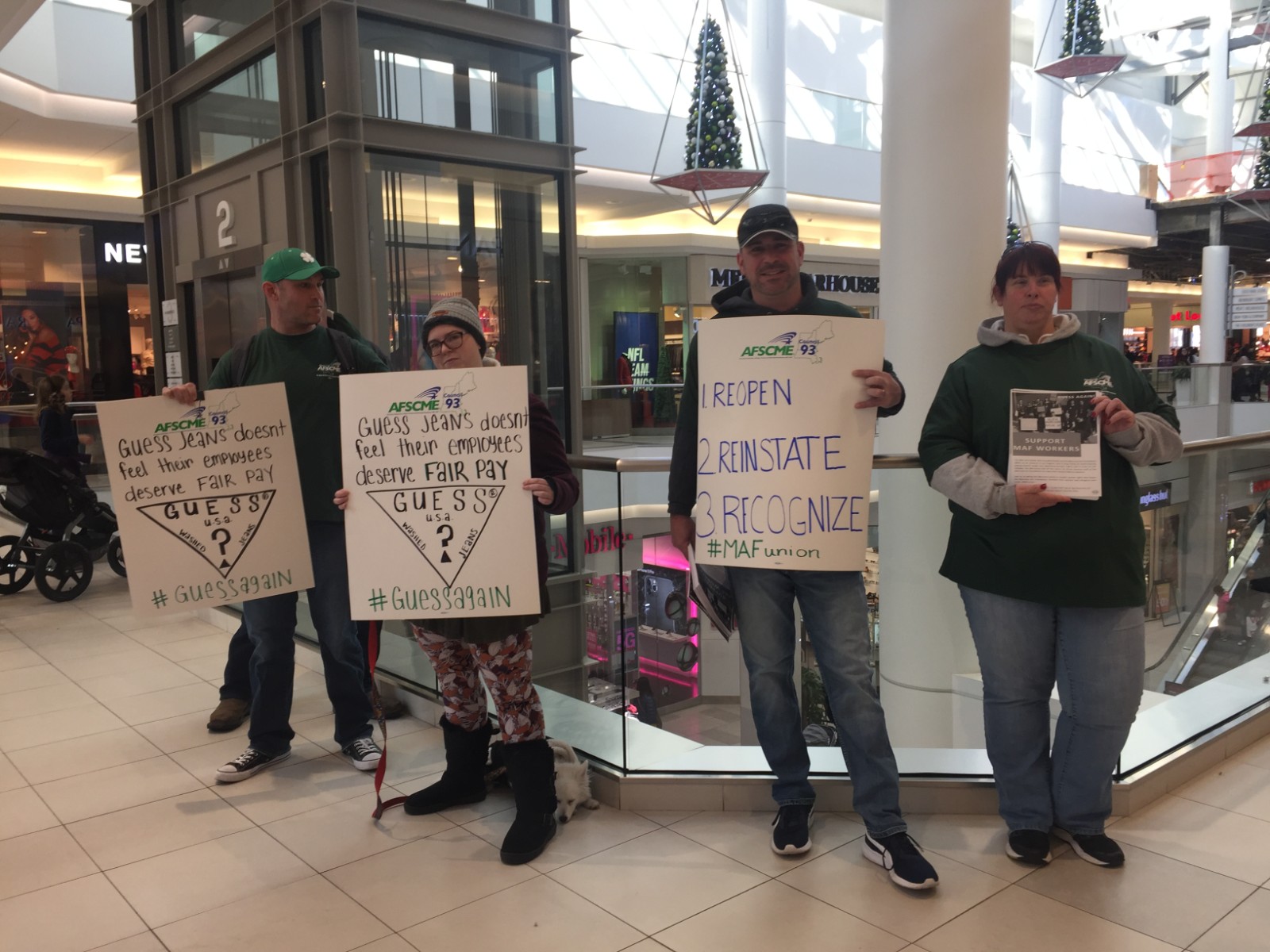 On Black Friday, Nov. 29, members of the American Federation of State, County, and Municipal Employees and their allies responded to a national call to action from the union. Demonstrators gathered in front of GUESS retail outlets nationwide in protest of the mass layoff of  more than 60 Marciano Art Foundation workers just four days after they announced plans to unionize.

In early November, the visitor service employees of the Marciano Art Foundation, a private art museum in Los Angeles, submitted a petition to unionize with AFSCME District Council 36. Unionizing is a right guaranteed to workers in the United States by the 1935 National Labor Relations Act.

MAF responded by closing the gallery and informing all employees by email that the art space would no longer be operational, citing “low attendance” to divert attention from their union-busting activity. MAF is owned by the Marciano brothers, who made their fortune through GUESS jeans. To fight back against this infringement of labor rights, AFSCME has filed an unfair labor practices charge and called on its members to lend support with direct action. 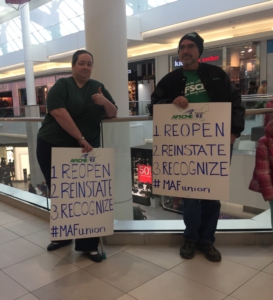 Outside of the GUESS retail space at the CambridgeSide Galleria in Cambridge, Mass., union members and allies answered the call to action. “We’re here today to stand up against corporate greed,” David Nagle, organizer with AFSCME and primary coordinator of the demonstration, told Liberation News. “We have very organized, peaceful demonstrations for awareness for workers’ rights. We’re here today to stand up for people that have to go home and feed their children and put food on the table.”

About 20 people attended, including half a dozen children gleefully holding signs that read “Recognize, Reinstate, Reopen” and “Workers’ Rights Matter.” Flyers with information about MAF’s workers’ rights violations and how to take action were handed out to passersby with friendly greetings. The demonstration attracted the attention of onlookers, but it was far from disruptive.

Despite the peaceful atmosphere, a police presence loomed around the demonstration. Officers stood in pairs on either side of GUESS. A third pair of security officers stood on the opposite side, effectively encircling the demonstrators. Upon arrival at the demonstration, Liberation News was told that it was against mall policy to take photos or videos in the mall and was threatened with removal. This was stated within feet of one of many holiday mall displays encouraging families to take pictures of loved ones in the mall. About half an hour into the demonstration, attendees were asked by security officers to disassemble and leave.

These officers have a duty to protect the capitalists who employ them, and by halting the demonstration they displayed their role clearly. No matter how peacefully working people behave, even while exercising rights to assembly, we will always be on the wrong side of their shields.

Nagle explained the importance of working-class organization: “All these folks are asking for is a decent job and some respect and dignity in the workplace. I feel at this point in America, the labor movement is basically the only vehicle, it’s the only mechanism these days for the middle class, for the moderate- and low-income families to get a fair shake. … Today we are here to start a stronger movement because it’s so important.”