On July 6, the FBI and NYPD Crimes Against Children Task Force once again arrested billionaire pedophile Jeffrey Epstein at Teterboro airport in New Jersey. Epstein was indicted on federal charges of sex trafficking and conspiracy to commit sex trafficking, stemming from accusations dating to 2002-2005. The scandal has since brought down Trump’s Labor Secretary, Alex Acosta, who helped hide Epstein’s crimes more than ten years ago in his role as U.S. Attorney in Florida. 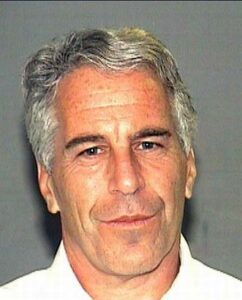 Epstein’s crimes go back as far back as the 1990s−and possibly even further. On July 9, yet another victim− Maria Farmer− spoke out against Epstein in an affidavit in a New York federal court. She stated she was sexually assaulted, and her then-15-year-old sister molested by Epstein and his accomplice, Ghislaine Maxwell, in 1996.

In 2005, a 14-year old girl and her parents claimed that the billionaire molested her at his mansion in Palm Beach, Florida. Reports suggest Epstein’s victim count is in the hundreds.

Epstein created a vile network for himself and his depraved, wealthy associates to sexually traffic and exploit children. Girls were selected from middle and high schools near Palm Beach−but also in other locations, such as Manhattan, New Mexico and in the Caribbean.

The 2007 FBI’s 53-paged federal indictment that was drafted but never filed charging Epstein with sex crimes could have put him in federal prison for life. It didn’t.

Instead Epstein was assigned, per his request, to a private wing of the palm Beach county prison. He was even allowed to hire his own personal security team. During his brief 13 month sentence, he didn’t spend much time in his cell either−he was granted the privilege to leave for 12 hours a day, six days a week to conduct business at his Palm Beach office. After 13 months serving a cozy sentence, Epstein was released in 2009.

This is especially astonishing since Florida is one of the strictest states when it comes to sex offender laws.

Alexander Acosta, then a U.S. attorney in Florida, worked tirelessly to conceal Epstein’s indictment from the press and to secure him a sweetheart deal−a non-prosecution agreement that was sealed to hide the full range of Epstein’s crimes. The deal secured for Epstein was a guilty plea to only two prostitution charges in state court− which is absurd since the victims were children unable to give their consent.

Furthermore, Epstein’s four accomplices identified in his indictment were granted immunity thanks to Acosta’s agreement. Despite Acosta’s denial at a recent news conference of lenient treatment, e-mails from Acosta’s office reveal his eagerness to hide the indictment from the press. Acosta gave Epstein this sweetheart deal without even notifying the 36 victims identified in a federal investigation. In February, a federal judge ruled that omission was a violation of the law.

Acosta, before his own downfall, not only refused to apologize to Epstein’s victims but blamed them. At the same press conference, the now former U.S. Labor Secretary blamed Epstein’s light sentencing on the victims for not coming forward sooner. Responding to a reporter’s question of what Acosta would say to the victims, he said hollowly,

Acosta’s cover-up was not simply a favor for a billionaire, but a move to protect the powerful statesmen and members of the ruling class who might be implicated in an open trial of Epstein for his crimes.

Epstein has extensive political and corporate connections to a myriad of bipartisan and ultra-rich figures – including President Donald Trump, who said of Epstein in 2002 “I’ve known Jeff for 15 years. Terrific guy … He’s a lot of fun to be with. It is even said that he likes beautiful women as much as I do, and many of them are on the younger side. No doubt about it—Jeffrey enjoys his social life.”

The victims have been perpetually mistreated. The impact of covering up Epstein’s crimes to protect his powerful enablers is a true miscarriage of justice that amplifies the trauma of Epstein’s many victims−many of whom are now in their 20s and 30s. There have already been reports about some of the victims being incarcerated, going homeless  and even overdosing.

Many of the girls came from disadvantaged and poverty-stricken backgrounds; some of the girls had been in foster care, experienced homelessness or been runaways.

“Most of the girls came from disadvantaged families, single-parent homes or foster care. Some had experienced troubles that belied their ages: They had parents and friends who committed suicide; mothers abused by husbands and boyfriends; fathers who molested and beat them. One girl had watched her stepfather strangle her 8-year-old stepbrother, according to court records obtained by the Herald. Many of the girls were one step away from homelessness.”

The Epstein case exposes the control that the ruling billionaire class holds in society and the moral bankruptcy of capitalism—as well as a reminder that the U.S. justice system exists to serve the rich and powerful at the cost of silencing women and girls who have been victimized by powerful, wealthy men. For working people and the disadvantaged, the American justice system does not afford the same leniency that Epstein received. Indeed, working class people are too often thrown into jail for longer sentences for even lesser crimes−especially crimes of poverty and survival. A justice system balanced in favor of the rich, lacking accountability for most crimes against women but entirely for the wealthy,  is not an aberration but an embedded feature of the capitalist system. Epstein used his status to put young girls in a vulnerable position with no fear of the legal consequences.

Epstein’s crimes—which occurred decades before the #MeToo movement—highlight the importance of that movement today. Epstein’s new charges are a result of not only the recent allegations but also the emergence of this new movement. The #MeToo movement has since empowered women and young girls to speak out and organize against the prevalence of sexual harassment and sexual assault−and demand accountability for the bosses, landlords and other rich and powerful men preying on women and girls. Under capitalism and the patriarchy, sexual assault and rape are endemic because powerful men are encouraged to perceive women as property. The capitalist system is innately a violent, misogynistic one which feeds off women’s oppression. Sexual assault and rape are systemic problems embedded in this system because these are the means used to sustain women’s oppression. Solving these systemic problems of sexual assault and rape can only be done by changing the system itself. Working class women are standing up to this innately sexist system and fighting for a socialist one in which equality is one of its main foundations. 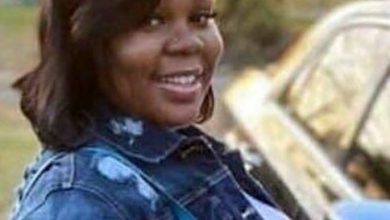 #SayHerName: Breonna Taylor would have been 27 today 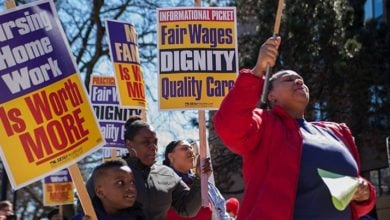 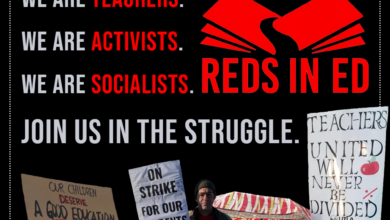