Early in the morning on Nov. 30, thousands of export agricultural workers from the southern coastal region of Ica, Peru, blocked the Panamericana Sur highway, a major transportation artery, to protest their own precarious labor conditions and tax cuts for large export agricultural companies codified in the Agrarian Promotion Law.

Also known as the “Chlimper Law,” this law was passed by Congress in October 2000 just before former and disgraced President Alberto Fujimori resigned from office. At the time, Jose Chlimper Ackerman served as the minister of agriculture and continues to be a large shareholder of one of Peru’s largest export agriculture companies, Sociedad Agrícola Drokasa SA or Agrokasa, as well as a member of the board of directors for the Central Reserve Bank of Peru.

The law primarily benefits large export agriculture companies in Peru like Agrokasa through hefty income tax cuts from 30 to 15 percent and allowing companies to hire workers on a more limited basis. The people of Peru subsidize the profits of the sector by losing out on more than $4 million in soles (Peruvian currency) in tax revenue, and workers are left earning below minimum wage and denied full benefits through the use of intermediary companies. Although intended to be a temporary measure, the law has since been extended multiple times and is now set to expire in 2031.

Among many demands, workers on the ground including from the Agricultural Workers Front of Ica, called for a repeal of the Chlimper Law, an increase in salary, benefits, and compensation for time of service, and formation of a public workers’ assembly that will push government officials to meet worker demands. Others called for deeper restructuring and redistribution of land through a second Agrarian Reform.

On Dec. 3, just days after the first road blockades amidst ongoing strikes, Jorge Yener Muñoz Jimenez, a 20-year-old agriculture worker, was murdered by police. His death is the third this year in Peru at the hands of the police and the government following the murders of Inti Sotelo Camargo and Bryan Pintado Sánchez ages 24 and 22, respectively, for protesting the vacancy left by Congress’s decision to impeach former President Martín Vizcarra.

Call for a constituent assembly

Despite the victory won by the Peruvian people when subsequent President Manuel Merino was forced to step down a mere five days after being appointed, protests in Lima have continued daily demanding investigations into the murders of Inti and Bryan as well as calling for the formation of a popular constituent assembly to rewrite the Constitution.

These protests, which have continued in major urban cities, turned their solidarity to the export agriculture protests in Ica sending caravans of medical brigades from Lima and organizing national solidarity protests on Dec. 4, linking the historically disparate youth movement (which produced Peru’s largest protest in history on Nov. 14) and the centuries-long struggle for the rights of agricultural workers, who make up 30 percent of Peru’s population.

On Dec. 5,  Congress voted to repeal the Chlimper Law, a feat made possible by the relentless pressure from the coalescing of these progressive movements and representing a growing fear by the political establishment of the power of the protests. The movement continue on, supported now by self-organization and national solidarity to demand further consolidation of labor rights and governance structures that can truly represent the vast majority of working-class Peruvians. 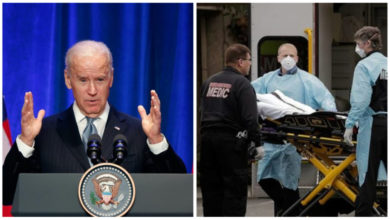 After 3 years, is the COVID-19 pandemic over?

Columbus Starbucks files to unionize, aiming to become 4th unionized in the city