June 11- More than 300 Philadelphia high school students walked out of their classrooms in protest of the over $1 billion in budget cuts that have driven the city’s school system into crisis.

“Our own government is sabotaging our education!” said Calvin Wongus, a student leader with Youth United for Change, speaking to the crowd gathered in front of the school district headquarters.

Students in the crowd said they had come to confront the unelected School Reform Commission over restructuring measures which have resulted in increased classroom sizes, the cutting of arts, sports and extracurricular programs and the mass layoffs of key staff such as janitors and school nurses.

Over the past year two Philadelphia students died due to the lack of a nurse at their school. Students are demanding an end to the privatization of education and unequal funding going to charter schools in Philadelphia and an accountable political system that defends students needs. “When we fight,” said Wongus, “we win!” 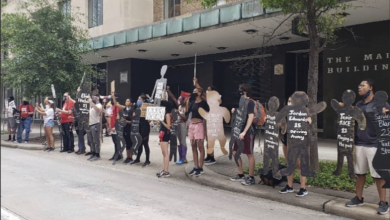