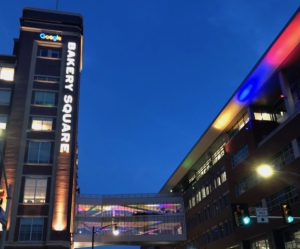 Last week, the Pittsburgh Association of Tech Professionals filed a petition on behalf of tech employees at HCL Technologies, a contractor for Google in Pittsburgh. These 90 employees perform essential work for the Google Shopping platform alongside full-time employees, but with reduced benefits, pay and job security. Through this mechanism of sub-contract work, Google has maintained its reputation as a generous and fair employer — despite the fact that temps, vendors and contractors form a “labor underclass” that comprises over half of Google’s global workforce.

Over two thirds of the workers at HCL signed cards seeking union representation. They organized on the basis of directly improving their working conditions, hoping to bargain for better wages and benefits. HCL employee Josh Borden drew attention to the lack of job security, noting that he and his co-workers “constantly worry about being downsized at any moment while watching our benefits slowly slip away.” With no severance policy and a recession looming, contract workers are stuck in a position of permanent instability. At other contractor sites, the prospect of permanent employment with Google is used to lure white-collar workers into abusive wage theft.

PATP is an arm of the United Steelworkers, formed to fight for better working conditions in the city of Pittsburgh and raise the voices of tech professionals. While workplace activism has long been prominent at Google, this campaign marks a qualitative shift in organizing for tech and contract workers. Since the announcement of the union drive, USW organizer Damon Di Cicco has seen a surge of interest around the PATP. Unionizing efforts elsewhere in the industry have yet to succeed, but the workers at HCL are demonstrating an actionable path for tech and games workers subjected to miserable working conditions. The date for their union representation election has been tentatively set for the 24th of September.

The path forward will not be without resistance: recently, HCL recently hired consultants from the union-busting law firm Ogletree Deakins. Despite stonewalling requests by workers for better wages, the company is willing to pay exorbitant legal fees to attempt to stop their workers from organizing. Ogletree specializes in defending bosses against discrimination lawsuits, yet was itself sued by a shareholder for gender discrimination before forcing the plaintiff into arbitration. Forced arbitration is a mechanism by which employees waive their right to a trial as part of their contract, with workplace issues instead adjudicated by third-party arbiters that favor management; ending this loophole nationally has been a key plank of tech worker organizing.

Ogletree has set up space at a hotel near the office, with the classic strategy of trying to create division within the campaign by dissuading workers one by one. Working closely with Ogletree is the Labor Relations Institute, a “preeminent firm in countering union organizing campaigns”, which boasts a client list that includes Kronos Foods and Trump Hotel. These firms have been brought on as “neutral advisors that will educate workers about their rights”, despite overtly advertising “union avoidance” services. HCL has clearly demonstrated little respect for the legal right of workers to organize themselves, and it remains to be seen whether Google itself will directly intervene with its own anti-worker retaliation apparatus. In these crucial coming weeks, solidarity and militancy will keep the workers united as they fight for democracy and the ability to collectively bargain.

To follow the campaign and stay updated on the best ways to support the workers, sign up for email updates at pghtechprofessionals.org/join